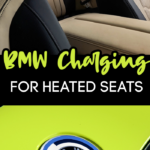 If you prefer to keep your bum warm during the cold winter months, BMW says you’re going to get charged for it.

Alongside other monthly services such as Netflix or Apple Music, BMW is asking to be added to that list, if you want heated seats that is.

For British drivers who didn’t buy their BMW with heated seats, the only way to stay warm other than turning on the regular heat is through a monthly subscription.

As it turns out, the heating coils and other hardware that turns the driver’s seat into a baked oven are actually already installed your vehicle, but to make it work, you have to pull out your wallet.

The benefit? Other than keeping your bum warm is a lowered upfront price for your car and potentially, only having to pay for heat it’s when needed.

However, luxury features that will cost you a subscription will vary by market according to BMW.

Heated seats were just one example that would not require a charge for the U.S., although a warmed steering wheel may cost you to pull out the credit card.

Although, other features such as a “remote start” have already been offered as a monthly subscription in the United States including “BMW Drive Recorder” which will record your driving while on the road.

These features can be found in an online market called the BMW ConnectedDrive Store under the title BMW Functions on Demand for purchase.

“With BMW Functions on Demand, customers will be able to explore new software-based features on a short-term basis by purchasing a trial, or buying that feature outright for a period of time or for the life of the vehicle,” BMW spokesman Alexander Schmuck said in an email.