A friend of mine sent me a link about how creepy an author found Daddy-Daughter Dances and Daddy-Daughter Date Nights. The author wrote that the whole concept was weird and patriarchal and all those buzzwords insufferable people like to throw around. This piece really jammed me up because that very next night was our Daddy Daughter Dance, which would lead into our Daddy Daughter Date Night. So I read the piece and walked away shaking my head in disbelief that some people in the world project an “oogy” vibe on what’s basically teaching your daughter how to respect herself and what to expect in return. In other words, how to teach your daughter to insist on being treated as a person. 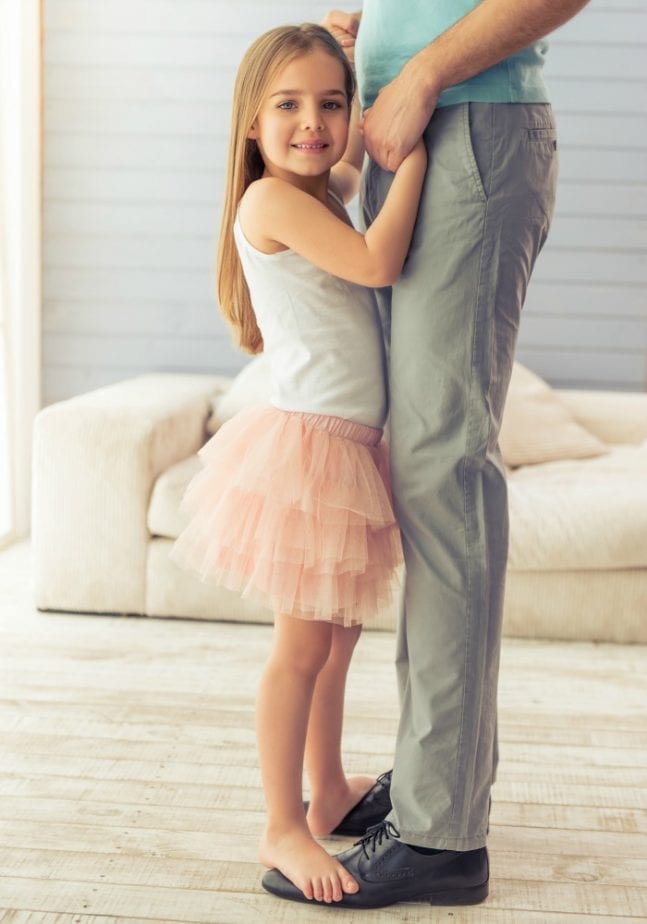 Daddy-Daughter Dates And Why They’re Essential

First off, Daddy Daughter Dances suck. I’ll give you that. I hate that my daughter wants to go every year and I hate that I’m the one who has to take her. Granted, I’m down for any excuse to dress up and hit the town, but her school dances are not remotely hitting the town. They’re more like a hundred men standing around the dance floor, playing on their phones, while their daughters scream Let It Go at the top of their lungs. I don’t even see my daughter after we walk through the door. She spots her friends and they take off, leaving me sitting on a bench wondering how I can find some gin to slip into this cup of lemonade. I give her a strict one hour time limit before we’re off to actually have some fun, or what a fat guy like me calls fun: eating.

Side note: I only counted four dads wearing ball caps, this year. I’m not saying that my skewer of men’s lack of fashion has anything to do with this, but you’re free to draw your own conclusions.

But even though I hate the dance part of the evening, there is value to it. There’s a lesson to learn in the give-and-take of a relationship. She really wanted to go to the dance, I didn’t. I really wanted to go to a bookstore, she didn’t. But we give and take. That’s compromise, and besides Ben and Jerry’s ice cream, compromise is the cornerstone of any lasting relationship. When you both have to do something you don’t want to do, a bond forms through misery.

The rest of the night is just boot camp for her self-respect. My daughter doesn’t know this. My daughter just thinks we’re going to the big city for dinner and maybe a little shopping. She doesn’t understand that in another seven or eight years she’s going to be on actual dates with actual boys who are not all like her loveably furry dad. When she’s sixteen and going out for dinner, will the boy open her door for her? Will he pull out a chair? Will he listen to her thoughts and opinions? He might, he might not. And if this kid doesn’t, I want my daughter to know he’s a turd and kick him to the curb. My job is to set such a high standard for how my Katy Rose is to be treated that only the best will have any chance. My daughter is the best. My daughter deserves the best.

And, Daddy-Daughter Dating advocates, don’t be dismayed by the blue-hairs railing against the wisdom of a proper upbringing as some kind of chauvinist, patriarchy, blah, blah, buzzword. This is a father teaching his child, which is what a father is supposed to do. What good is a father to his daughter if he doesn’t teach her the high value of her worth?

That’s what is so great about date night, all of these lessons are being taught without any attention drawn to them. We don’t have to make a big deal about it. I don’t need to quiz her on the ride home. Daddy-Daughter Dates are fun, they’re easy, and when she’s a teenager she’ll respect herself and demand respect from others. She won’t make bad choices just to get a boy’s attention. She won’t date a boy who is a douche. She’ll be a happier person. And if any of that sounds weird to you, I think that says more about you than it does me.

This made me So Happy!! What a lucky daughter you have.