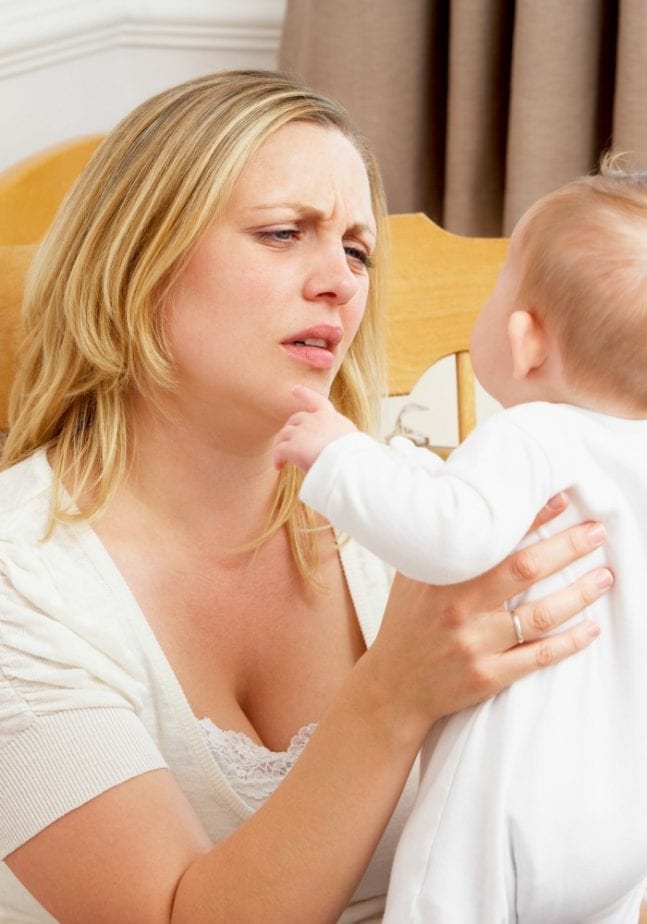 I Don’t Want Kids. What Does This Mean For My Love Life?

This really came into perspective for me when I started realizing that my relationships slowly started ending for the exact same reason. First, they were the basic disagreements, cat person, dog person, he flips the toilet paper UNDER the roll, whatever. That’s life. Then, slowly, as I got older… I became… undatable? We’d be together for a while, and eventually the conversations pointed towards the future, and then “if we ever had a kid…” became “when we do have kids…” and I’d have to drop an atomic bomb on the relationship. You wanna know what’s not totally the bomb? Breaking up with someone you love because you’re the monster who doesn’t want kids, and you wasted everyones time.

I’m the type of girl who goes out with a guy, and within the first three dates I’m wondering if this guy is the one. I mean, I haven’t decided that he is, but I’m wondering… what if…? What if we date for a few months, and then a few years, and then the rest of our lives? Then my mind starts to melt. In all of those scenarios, I don’t see children. I see work, and travel, even a farm full of animals… but no kids… and I start to panic.

God… what if this gets serious? Am I going to be stuck in the same loop forever? First date, second date, relationship, love, hope, the talk, the breakup, sadness, depression, rinse and repeat? I don’t want to go through this again, it hurts. Every. Single. Time. I can’t keep doing this to myself. Now what am I supposed to do? 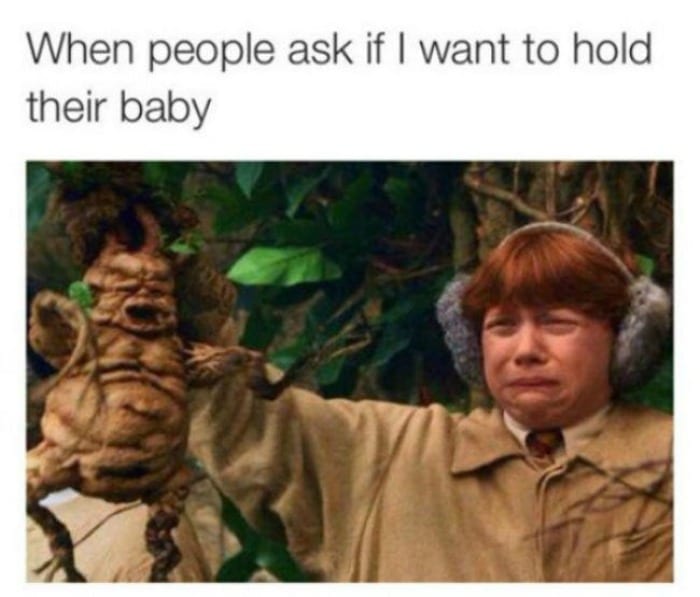 I can’t just open conversations with single men like, “Hey! I think you’re super cute, I’d like to get to know you, oh, and do you want kids?” Talk about creepy. So I have to get out there. I have to get to know guys, and put myself back in the game. The hardest part for me is getting my hopes up. I used to be the kind of girl who saw what she wanted and took it, and now I have this whole other life to consider before I let my emotions get the best of me.

To top it all off, I’ve even dated guys who want children, and tell me they love me SO much that they would give that up just to be with me… and you know what happens? Overwhelming guilt. I see them looking at couples with children, smiling at kids, helping little ones tie their shoes, and I’m like.. God. I’m robbing this man of the opportunity to be a father. What have I done? Eventually, that one falls apart too.

I have finally begun starting the conversation about kids earlier than usual, so that neither of us becomes too attached before it’s too late. I mean, it’s better to look like a crazy person, than wind up down the road with two broken hearts, right? I’m right, right? This is honestly the best course of action that I can think of. I mean, I don’t jump right into it after a week, but two weeks seems decent. This way at least we can figure out if we even like each others company first, and neither of us really have our hops up yet.

Just so you know, being late 30s single and wanting kids has the same host of questions. When do you discuss it? Don't want to seem baby crazy, etc. My last relationship ended because he didn't want kids.

If you don't find someone in the next few years, then the bright side for your situation is people start assuming you don't have kids because you don't want them.

Hey, I really get it. Don't despair. I'm 42 and have been married for going on 22 almost 23 years to a wonderful man who is on the same page...we never wanted to have kids. We are totally ok with not having them. For us personally we realized the awesome responsibility of having a child. It's for life. It's no small decision. We are happy with fur babies, freedom to travel and the financial benefits of not paying for college etc. We're happy not dealing with tantrums, late night feedings, changing diapers, etc. We realize the blessings we may miss out on but are happy with the negatives we don't have to endure. For us, It's scary to think of the kind of world we'd bring them into anyway. Or the thought of investing all you are & have into your child only to later have them turn on you and reject it all breaking your hearts. We feel like a lot of people just aren't on the same page and maybe don't get it. It can feel like it's hard to socialize because it seems most people want or have kids and then we don't really have a lot in common with them or they look at us like we're crazy. Or because we chose not to have kids we don't always want to be around them. (For the same reasons we didn't want kids in the first place) it doesn't always mean we don't like them or wouldn't be good with them. We just often don't choose to. Have you ever felt this way? So you might be wondering where does that leave you? There have to be more of us out there than we realize. There have got to be chat groups or dating websites that would match you with some people that are like minded. I'm not saying that I would forgo ever socializing with people who have kids or we would miss out on a lot of wonderful family and friendships. I just wan't you to know you aren't alone in your choice. Hope this helps