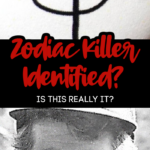 I’ve watched everything that has been put out about the Zodiac Killer who had started terrorizing the San Francisco area in the 60s.

It wasn’t all that long ago that more of the Zodiac Killer’s coded messages were decoded.

That was the “340 cipher” and it was sent to the San Francisco Chronicle in 1969 and has had many people over the years trying to solve it.

David Oranchak, Sam Blake, and Jarl Van Eycke form the group that solved the puzzle of the “340 cipher in December of 2020.

The coded message was decoded and reads:

Well, now a team of specialists who focus on investigating cold cases says it has identified the Zodiac Killer.

They are called ‘The Case Breakers’ and are a team of former law enforcement investigators, military intelligence officers, and journalists numbering more than 40!

In the San Francisco area, the Zodiac Killer was connected to 5 murders occurring between 1968 and 1969.

Many people professionals and just people with interest in the case have tried to solve it, and now ‘The Case Breakers’ say they have identified the Zodiac Killer.

Gary Francis Poste has been identified as the Zodiac Killer

Too bad it wasn’t a few years earlier because Gary Francis Poste died back in 2018.

‘The Case Breakers’ uncovered new evidence including photos from Gary’s darkroom, one of those images shows the scars on his forehead that match sketches made from descriptions of the Zodiak Killer.

They also say that the letters sent by the Zodiac Killer reveal his name, as he himself said they would if they solved them.

So you’ve got to know Gary’s full name in order to decipher these anagrams. I just don’t think there’s any other way anybody would have figured it out.

They also think that the Zodiac Killer had killed a woman named Cheri Jo Bates in Riverside back in 1966, which was a few years before he started terrorizing the San Francisco area.

Our Homicide Cold Case Unit has determined the murder of Cheri Jo Bates in 1966 is not related to the Zodiac killer. We understand the public interest in these unsolved murders, but all inquiries regarding the Zodiac Killer should be referred to the FBI. The Cheri Jo Bates case remains an open investigation and we do not have any additional details to release at this time.

‘The Case Breakers’ disagree, they are trying to get investigators to compare her DNA with the DNA of Poste to find out the truth.

The real portion here has everything to do with ego and arrogance. They’re not talking about what they have which means that anybody else who comes to the table might have a reasonable argument that an outside organization’s information is as valuable, if not more valuable, than what the police department has already done.

Gary Francis Poste was an Air Force veteran, remember the Zodiac Killer wore military-style boots, and there was a boot print of the same style and size found near the crime scene of Cheri Jo Bates.

Her name is Gwen and she said Gary taught her how to shoot firearms and was controlling and abusive toward his wife.

He lived a double life. As I’m adult thinking back, it all kind of makes sense now. At the time when I was a teenager, I didn’t put two and two together until I got older. It hit me full-blown that Gary’s the Zodiac.

There is also a whistleblower that only goes by the name Wil, he said he had witnessed Gary burying murder weapons in the woods.

Wil said that Poste also had a “Posse”, a woman named Michelle that was the common-law wife of Gary’s son also mentions the “Posse”.

She says that Gary and his “Posse” harassed her and damaged her car.

I’m thinking it’s time that someone took a deep dive and made a new Zodiac Killer documentary so we can see this new timeline in action.