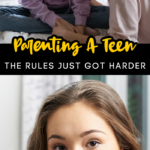 My daughter just turned 14, and I was not prepared for what that meant.

I mean, people always say that the teenage years are tough, but I never thought it would happen to my cute, sweet daughter who loved hugs, always wanted to hold hands, and loved unicorns and all things pink.

But, who is this demon that has moved into our house, and what, I ask, has it done with my daughter?

It is like a switch flipped when the day of her birthday hit.

What once was bubbly, cute, and cuddly was all of a sudden dark, abrasive, and very angry.

What had once been unicorns, rainbows, and all things pink was now black, black, and more black.

What in the actual hell? Am I the only one who’s daughter has gone through THIS radical of a change?

She has become very withdrawn, doesn’t want to be touched, and doesn’t like to do anything “fun.”

I have learned a few things, however, since I was thrown into this crash course on teenagerism.

How to deal with your teenager

1) Talk openly about everything — Even when it’s uncomfortable. They are really scared kids behind a dark facade of angry mini adulthood. They may be embarrassed at first, but they will appreciate the open and honest communication that you bring to the table. And, the more open you are, the more willing they will be to talk to you when something is wrong.

2) Be their parent first — This has been so hard for me. It was so much easier with a kid who always minded, who we rarely had to scold. We are now dealing with lying, secrets, and just plain crappy behaviour. I’ve had to learn that it’s okay to be the disciplinarian, and not “mommy the friend.” Teenagers need these boundaries more than ever!

Listen when they talk, and talk about everything!

5) Lead by example — This is probably something you should have been doing all along (LOL). If you haven’t been, start now. Teenagers are smart creatures. If they see you aren’t “practicing what you preach,” they sure aren’t going to step up and practice it either. If our kids see us being lazy, by God, they are going to think it’s okay. If they catch us lying, they certainly aren’t going to tell the truth. If they see us being rude to people, I PROMISE you, they will act the same way to others.

6) Love them through it — Being a teenager is just as hard on them as it is on you. Remember when you were that age? Even though you desperately wanted your independence, you probably wanted love (even if it was deep down subconsciously) just the same. Let your teen know that you will love them and be there for them NO MATTER WHAT.

They aren’t joking when they say that the teenage years are tough! It’s a ride I wasn’t quite ready to take. But, we will all make it through to the other side — eventually. 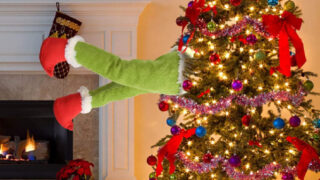 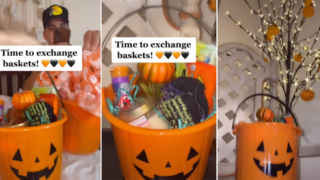