My brother got married last weekend. I’m so happy for him! His new wife is super cool! I was my brother’s Best Grooms-Lady so I had to look snazzy. The day before the wedding, my then sister-in-law-to-be and I treated ourselves to a mani and pedi. I’d never had fake nails before because I was sure they’d just get in the way. But the manicurist assured me she would cut them shortish. She glued the fake nails on then flipped down her welding mask and proceeded to go to town on my hands with power tools. It was…weird. And a little painful. But I got Nexgen nails which involves a powder coating, a uv light, and lots of shellac.

In the end, I love how they look! So smooth and sleek! It wasn’t until the next day that I learned the hidden downside of my manicure. MY FAKE NAILS CAN’T SCRATCH ANYTHING. 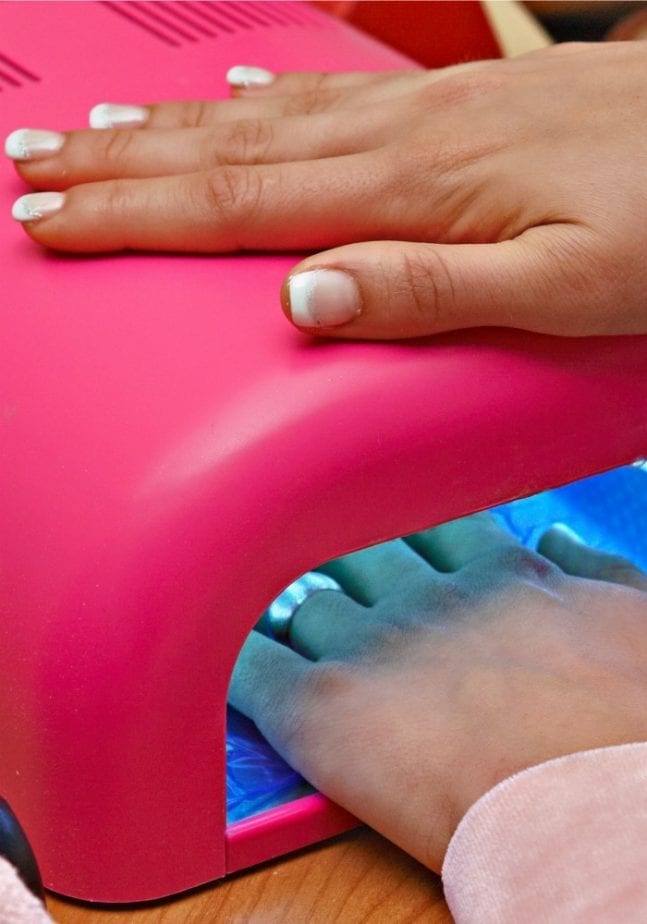 My Fake Nails Can’t Scratch Anything

Maybe it is unlady-like to admit this, but sometimes when I get an itch, like any human, I scratch it. So imagine my surprise when I go to attend to an itch on my ass, instead of relief, it felt more like dragging a cotton swab across a balloon. Sure, they made a dent, but they couldn’t get any friction. My nails have been buffed and polished to an inhuman level that no matter how hard I scratch, I just can’t get no relief!

And it’s not just my butt that gets the occasional irksome itch! No, I’ll get a little tickle on my arm and even though I scrub at it with these rubber eraser tips I can’t satisfy that primal urge to rub away the pain.

You know what I can do? Give myself bruises from trying. Nope, I can’t abraid the surface of my skin, but the flesh underneath is all “WTF ARE YOU DOING?!”

I, like many women, labored under the belief that longer nails meant they would scratch everything, even accidentally. Movies have lied to me! I thought I’d have like…cat talons, or something. Nope. Instead I paid $50 to be de-clawed. Seriously, I think if I was attacked in a parking lot, my assailant would just giggle as I gently massaged his eyelids trying to scratch out his eyes. (Go for the soft bits, ladies.)

The month before, my soon-to-be-sister-in-law showed off her new manicure. The finish was cool but they’d been filed into sharp points. She frowned at her nails and said, “I asked for almond but got stiletto instead. It’s a very popular style, I guess.” At the time I thought it was nuts to want these super tiny pointy crazy sharp nails. Fake nails had to be hard enough to manage. Why would anyone want to file them into little death daggers? But after a week of almond nails, and finding myself using a fork to get an itch in IHOP, I knew something had to give.

So, from here on out, I swear I no longer think of stiletto nails as tacky or insane. I get it.

I finally figured it out. I have square and using the side/corner finally seems to work.

It's taken me way too long to figure this out.

Omg!!! This is hilarious yet 100% dead on!!! It's like I've been punked. Looking for hair brushes to satisfy an itch. Thank you for writing this article. Lol

Laughed at "if an attacker were to come at me in a parking lot, he would giggle as I gently massages eyelids, " LOL