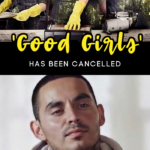 NBC has decided to cancel Good Girls, and you are going to have to give me a moment while I ugly cry and try to mend my broken heart.

I have watched about a million shows that have ended too soon, and it always sucks to say goodbye, but this one hits pretty hard.

Good Girls is one of those guilty pleasure shows — a little comedy, a little drama, and a whole lot of awesome — and it keeps you coming back for more with every single episode.

There is always some crazy heist, scheme, affair, loads of counterfeit money, running to Canada, and some sort of messed up relationship issues that have to be worked through —

And, of course, there is Rio.

I mean, have you SEEN Manny Montana, the hawt gang banger who plays Rio in the show?!?

I’m not going to say he is the ONLY reason I watch Good Girls, but I’ll just say that my heart does a little pitter patter whenever he shows up out of nowhere — like in the back of Beth’s car.

He can show up in the back of my car any.time.he.wants.

OMG — when Beth and Rio got together — I have never quite wanted to be a bad girl so much in my entire life.

The show is (was *tear*) all about a group of 3 housewives who are each going through a turning point in their lives.

Beth is bored-to-death of her daily life of crafting and baking, Ruby’s daughter needs a kidney transplant, and Annie is a single mom who is struggling to make ends meet

They are completely frustrated with suburban life, and they hatch a scheme to rob Annie’s place of business, and their life of crime begins.

Mix in a little Rio, and you have the perfect ingredients for a kick-ass show.

Unfortunately, NBC doesn’t quite agree, and Good Girls is ending after only four seasons.

The finale is going to air at the beginning of July — and the show BETTER have an ending, or they may have a riot on their hands.

The cancellation came as a surprise to everyone — including the actors — so it is very possible the show will end on a cliffhanger, but here’s hoping they wrap up everything all nice and tidy like.

If you haven’t yet watched, get out your binge watching clothes, turn on Netflix, and get to watching — you can catch the latest season on Hulu.

I probably wouldn’t watch with the kiddos in the room.

Now, excuse me while I go cry into my pillow, and dream of Rio showing up in my backyard in the middle of the night. 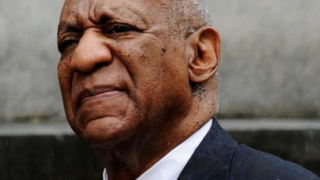 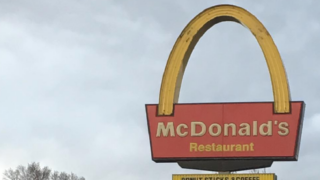 Next
Why Do Some McDonald's Restaurants Only Have One Golden Arch Instead Of Two?
Click here to cancel reply.

You got the reasons why they went to into a life of crime wrong. Beth’s husband was cheating on her and spent all their money on his mistress. They were going to lose their home. Annie’s ex (Ben’s dad) was going to try and take custody off her. He had money she didn’t for an attorney. They weren’t bored, they were desperate.