I know you’re stressed, I could see it on your face. You looked exhausted, maybe even a little sick, yet you were still out shopping with your kid at 9:00 at night. It’s cold, mom. We were supposed to have snow today but the weather report changed so instead it’s just so bitterly cold. Your child was bundled, but her shoes were off.

I was down the aisle from you when she started screaming. I don’t know how old she is, maybe four or five, but definitely old enough not to have tantrums in the store. Other people were staring, and you just ignored the screams. An older lady walked down the aisle past me and in passing said it was a shame that moms like you don’t know what to do with their kids.

Your cart wasn’t overflowing, but it was definitely filling up. Cereal, bread, lunchmeat, dinner stuff. I’m guessing this was your weekly shopping trip and even though I never saw your grocery list, from the aisle you were in it’s likely you still had a long way to go. 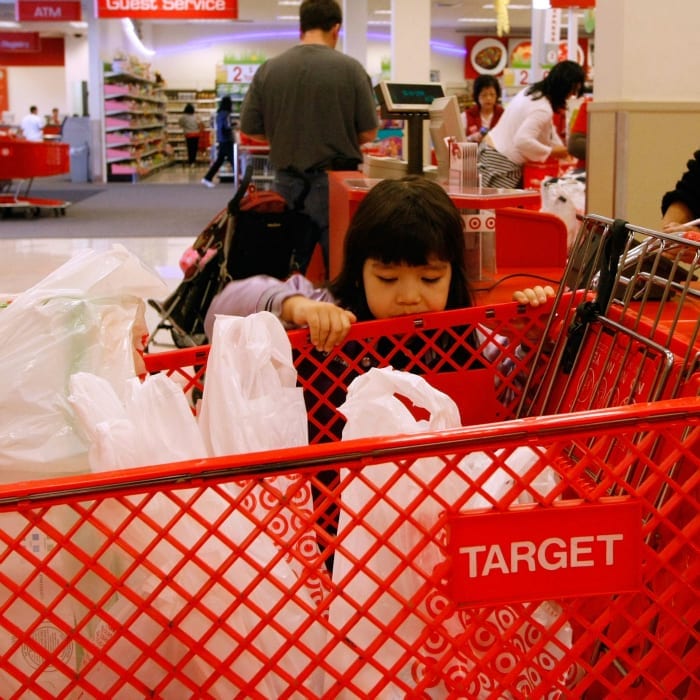 Though I didn’t mean to, I was following you through the store. We had a lot of the same things to buy. And your kid screamed and or cried the entire time. People stared. I saw one woman actually stop and say something to you and you apologized to her.

I wish you hadn’t.

To be honest, mom. You are amazing. I don’t know why you were out so late, but I’m guessing you wouldn’t have been if you’d had any choice in the matter. I saw when your daughter kicked off her shoes and instead of turning it into a battle, you popped them into your purse and kept going. That was smart.

I realize a lot of people probably wished you would have left, or taken your daughter somewhere to deal with the tantrum, or done something about the scream, but the truth is, mom, sometimes kids scream.

I don’t know your story. I don’t know if your child is sick, or tired, or in a bad mood…maybe your child is autistic, or maybe she was just angry because you didn’t buy the cereal she wanted, but none of that is my business.

A lot of people would have walked away…and maybe if you didn’t need those groceries you might have, too, but you kept going.

So what I’m saying, mom, is that even though I didn’t say anything at the store, I want you to know I admire you and I hope that you know that I saw you. I want you to remember tonight and how you kept going…because next time I’m having a rough day I’m going to remember you.

In closing, if you ever find yourself in a location where your only web choices are Hughesnet and dial-up, for the love of peanut butter.

Although all of us utilize the Net for numerous reasons, we do not use the Net similarly.

Therefore working in a customer care industry is most definitely extremely helpful for one to boost one's personality, humane top qualities in addition to technical skills.

Aww, I was getting all riled up to get mad, thinking you wouldn't be on the mom's side, but then you were and my eyes got a little moist (must have been that onion I chopped for dinner a few hours ago).

I have four kids with my husband and a stepdaughter I was the primary caregiver to since she was three years old. This poor kid would flop on the floor and scream her head off when she was thirsty, she was never taught to ask for water. Brushing her hair was practically impossible without her flopping on the floor and screaming, thank God we lived out in the country! She would throw the biggest fit when taken to any store because she'd always got her way and thought she could get anything she wanted. I never saw anything like it, she was like a feral child.

Thank you for not judging this mother! I'm sure I must have looked just like she did when I was dealing with my own stepdaughter. She's now a 24-year-old RN working for the VA. :D