If you thought The Walking Dead: Season 1 was insane, just wait until you start season 2! The writers and actors take you deeper in the true roles of each character, and you start seeing each of them stepping up to the plate with some amazing surprise along the way. This is where Carol’s daughter, Sophia, goes missing and the whole team is set on finding her. If you haven’t watched season 2 of The Walking Dead just yet, then I won’t spoil the ending for you; however, you will wind up shedding a tear or two. Here’s everything that happened on The Walking Dead: Season 2! 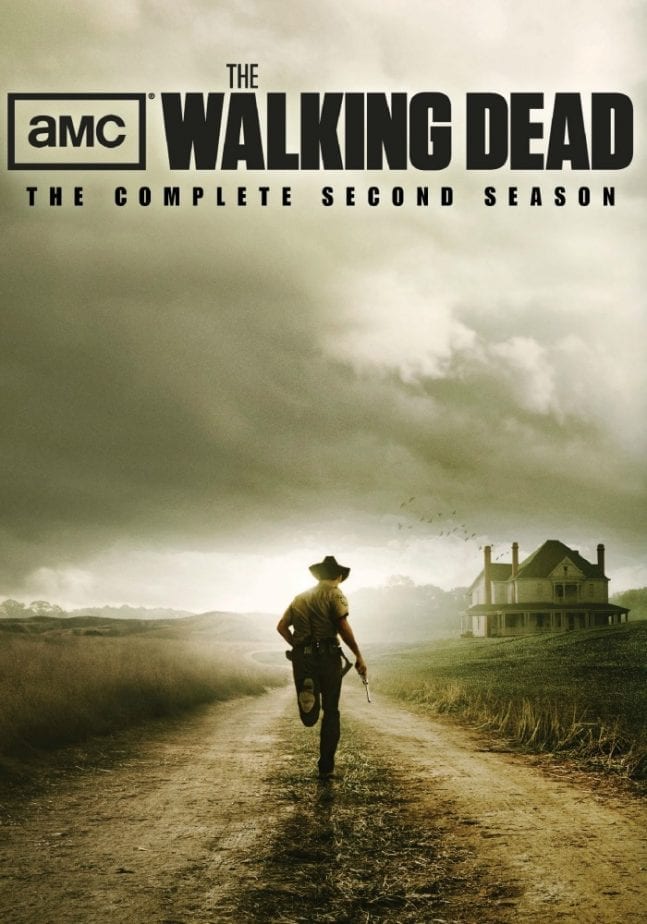 Everything That Happened On The Walking Dead: Season 2

Season 2 sets the heart of the entire series. This is where we get introduced to Maggie, Hershel, and Beth Green. They will each become an important part of the storyline as you watch each episode and season unfold. Episode 1 starts us off with a big bang, and your heart won’t stop racing even as episode 13 ends. I hope you’re ready!

Episode 1 “What Lies Ahead”

Carol loses sight of daughter, Sophia, after gang hides from horde of walkers on highway. As search begins, nearby deer-hunter accidentally shoots Carl in the chest.  Rick goes crazy and picks him to start running all of the way to farm that he was led to. Enter Hershel Green.

Hershel, a trained veterinarian, goes into immediate action. He is able to stabilize Carl, but his life is dangling on a very fragile thread. He will need more supplies to save him. Shane and Otis volunteer to go get the supplies that are required. After retrieving the supplies, they are attacked and cornered by a horde of walkers. 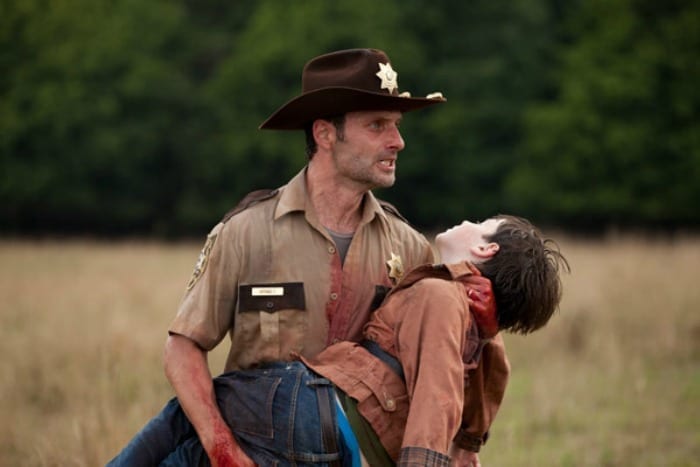 Episode 3 “Save the Last One”

This is such a pinnacle episode that focuses on Shane and he’s truly capable of as a human being. Shane managers to escape the horde by SHOOTING OTIS IN THE LEG. This stopped Otis in his tracks, and the horde dined on him. When Shane returns to the farmhouse, he tells the others that he sacrificed himself so he could escape with the much needed supplies for Carl. The rest of the clan arrives at the farm, all the while Daryl still goes out to search for Sophia – whom we haven’t seen in two days now.

Carl pulls through the emergency surgery. Hershel knows that it’s going to be a good couple of weeks for Carl to truly heal, but he told Rick and the gang that once he’s healed that they need to move on. However, sparks begin to fly between Maggie and Glenn (YAY!!!), while Glenn is used as bait to try to get a walker out of the well.

Shane and Rick get into a small argument about whether to keep searching for Sophia. Daryl doesn’t care because he’s grown so close to Carol and doesn’t want to see her hurting. All the while, Glenn and Maggie and are seeing each other on the down low. Glenn told Maggie to meet in the loft of the barn…where the farm has been keeping walkers that were friends and family members. Maggie tried stopping him, but can’t.

What a FREAKING amazing episode! Rick finds out that Lori is pregnant, and then he confronts Shane to say that things are totally over with what him and Lori had. Shane starts fuming and a dark seed starts festering more and more inside of him. Glenn tells Dale about the walkers, and they confront Hershel who tells them it’s none of their business because he feels that they can be cured. It’s so CRAZY.

The secret is out with walkers in the barn, and everyone is ready to take action. Hershel tells Rick that the group is allowed to stay, as long as they don’t mess with the barn. Shane loses it and opens fire on the entire barn. The rest of the group had to join in to help out because of how many there were. Hershel falls to his knees crying and wailing. Then the ultimate happens: they find Sophia. She was the last one to come out of the barn – but as a walker. Daryl consoles Carol the best he can while Rick lays Sophia to rest. One bullet.

Hershel demanded that Rick and the group leave. Hershel, who hasn’t had a lick of alcohol in years, goes to the bar in town to toss a few back. Rick and Glen catch up with him, and then chat about life. When they both leave the bar, they run into two guys (Dave & Tony). These guys were trying to find out where they which farm they were camped out in. Rick sees this going south, and the three of them run and while Rick kills the two guys.

After Rick kills Dave & Tony, three other men come to investigate to see what the gun fire was all about. Rick, Hershel, and Glenn try to escape as quietly as they can, but to no avail. The men open fire in the bar. All of gun fire brought a horde of walkers into town, and everyone tries to escape. One of the men trying to escape falls on a fence that stabs him in his leg and is lodged there. Rick can’t bring himself to leave the guy there, so him and the others take him back to farm to stitch him back up. While all of THIS is going on, everyone realizes that Shane is seriously losing his grip with reality. He’s become a loose canon.

Shane and Rick start bumping heads about Rick’s leadership ability of the group, and Shane thinks that he should be running the group. Their fighting drew walkers towards them, so they had to take Randall BACK to the farm (after trying to take him far away) so he wouldn’t die in such a way. While they’re gone, Beth tries to commit suicide because she just can’t handle things any more (while she’s under Andrea’s watch). Thankfully, Lori and Maggie were able to save her life.

Tensions are rising SUPER high as the group tries to figure out with what to do with that outcast, Randall. Dale is trying to keep everyone super chill. I LOVE Dale because he is the one person in the group that tries to keep everyone grounded, centered, and remind them of their humanity. While this is all going on, Carl is on the outskirts of the farm area and comes across a walker. He tries to kill it, but is too scared and runs away. This same walker ends up killing Dale. Daryl kills the walker, and then does the same to Dale. My emotions ran HIGH on this episode!

Dale’s last deed of being the centered person for the group has instilled into Rick that they should let Randall live – to keep their humanity. They go to look for Randall, but Shane has taken him off into the woods and killed him. Although, Shane tells the group that he escaped. Rick isn’t buying the story. While the group is out searching for Randall, Shane puts a gun to Rick and confronts him about everything. Rick has to do the unthinkable, and kill his best friend. Carl is witness to the whole madness, and stands staring at Rick with his gun up and aimed in Rick’s direction. Carl pulls the trigger, Rick blinks, and the bullet hits Shane in the head – Shane had come back as a walker. However, thanks to the gunshot, a horde of walkers are now heading towards the farm. My heart is racing just tying this up for y’all! 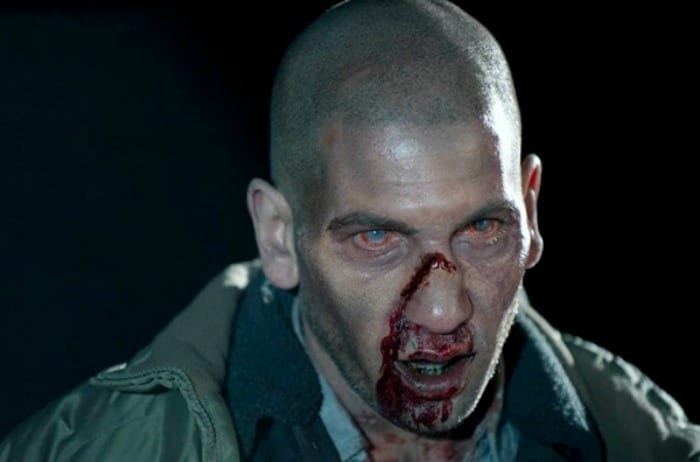 Episode 13 “Beside The Dying Fire”

It’s totally about to get SO Super real with the season finale! The farm is being over run with walkers, and Rick, the gang, Hershel, and his small group is taking a stand to fight off the walkers! Unfortunately, there are too many walkers and a huge fire starts just attracting more and more walkers from the gun fire. As they abandon the farm, Rick takes Hershel, Maggie, and Beth into the group. When they reform, Rick finally admits to the group what Dr. Jenner from the CDC told them: They’re all infected and everyone will become re-animated as walkers. While the group escaped the over run of walkers on the farm, Andrea was separated from the group. She is found by a hooded stranger who two chained armless walkers and carries a large katana on their back. This is the first time we get to unofficially meet Michonne.

If you thought season 2 of the Walking Dead was tumultuous ride, wait until we get to season 3! Just remember: fight the dead; fear the living…