The Walking Dead: Season 3 sent us down a crazy rabbit hole into a world of ever more gruesome walkers, a one-eyed governor, Rick losing his marbles, an off-his-rocker Morgan, amputee Hershel, Michonne officially joining in a BIG way, farewell to Lori (and Andrea, and a few others), the debut of Little A$$ Kicker, Merle still being alive…and then dying, Daryl getting closer to Carol, and not enough Xanax or vodka to help keep me calmed down while this all was unfolding before my eyes. And, yet, somehow everything that happens on The Walking Dead: Season 4 STILL manages to blow it all out of the water all over again! 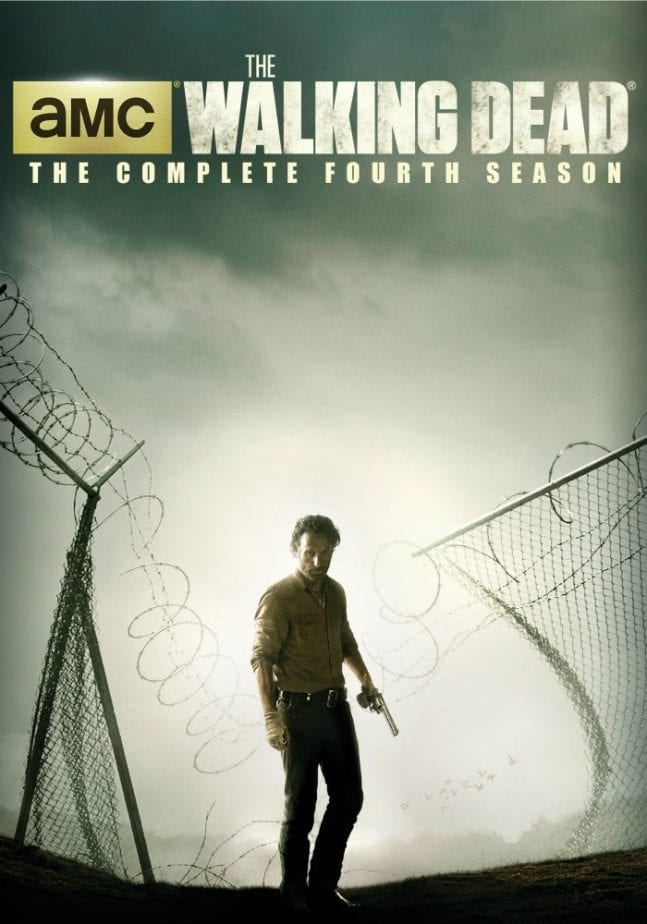 Everything That Happened On The Walking Dead: Season 4

No time to read? Here’s the season trailer to get you started!

Episode 1 “30 Days Without an Accident”

Everyone is adjusting to life from Woodbury into their home at the prison. Michonne has been searching high and low for the Governor to make sure he doesn’t try to attack them again. Meanwhile, everyone is coming down with some sort of mysterious sickness. The group doesn’t know what it is, but they do know that once you become sick…you die. 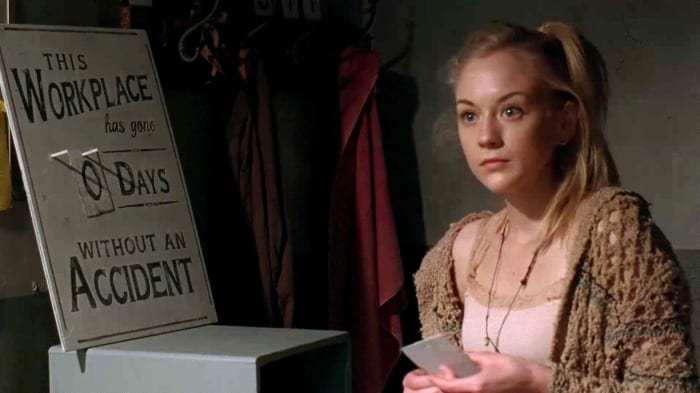 The group separates everyone that’s sick into a different part of the prison, in hopes that no one else will become infected with this virus. With extreme horror, Tyreese discovers that his girlfriend, Karen, and friend, David, (they were placed into a cell because everyone thought they were sick), were murdered and bodies burned. 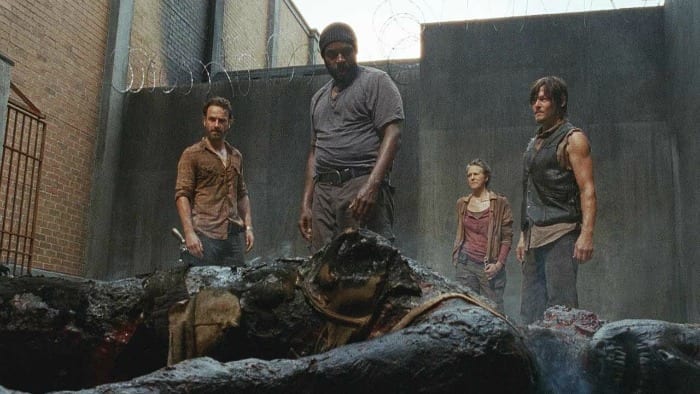 Sasha decides to isolate herself with the others because she’s showing symptoms. A group, led by Daryl, goes to a veterinary college close by to grab some medicines to help heal the sick. Suddenly they hear, “Sanctuary, Sanctuary…” on the radio, and then run into a swarm of walkers, where they though Tyreese died. Carol admits to killing Karen & David! 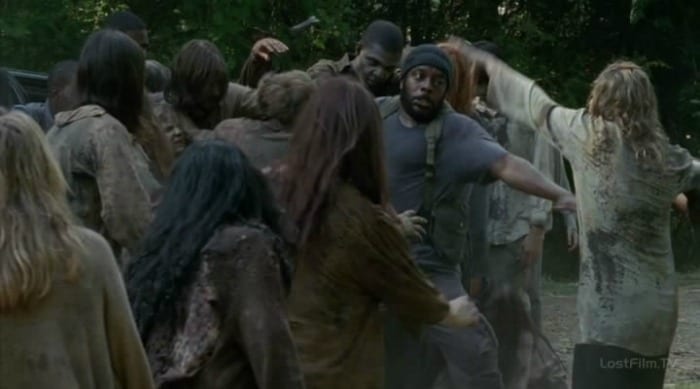 Two groups are out and about: Rick with Carol, and then Daryl, Bob, Tyreese, and Michonne. Rick gives Carol the hard reality of that he doesn’t trust her to be with the group and that she must leave with the supplies he’s packed for them. Before leaving, Carols hands him a watch that her ex-husband gave to her. The other group comes to grips that Bob is an alcoholic and put them in harms way. 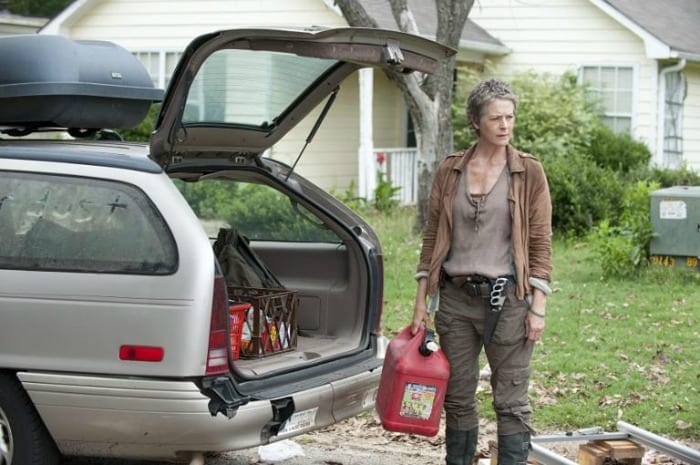 Daryl and his group get back in time to help the remaining survivors from being overwhelmed from the sick coming back to life, and give the medicine to the others that are still alive. Of course, everyone is trying to figure out what happened to Carol, but Rick only told a couple of people about what happened. Are you ready to freak out? The Governor is alive and is spying on them! 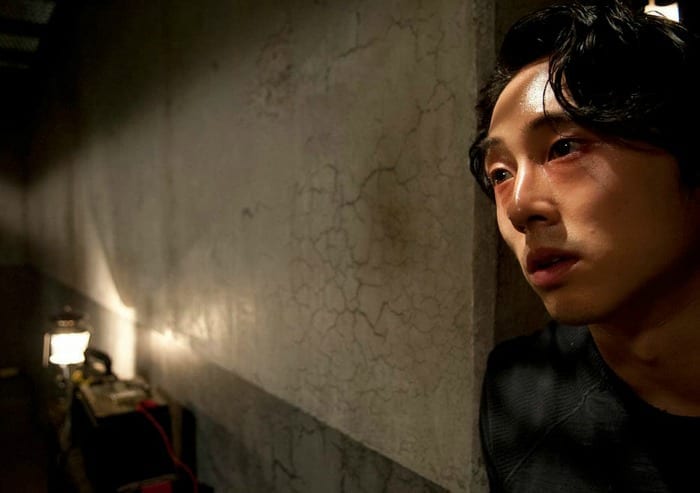 We finally learn that the Governor left his two right hand men (Martinez and Shumpert), and had actually set Woodbury on fire to completely destroy it. During his journey, he comes across the Chamblers (a mother and 2 daughters taking care of their dying father). He stays and grabs ahold of what a normal life is. Martinez walks up on him hugging a little girl. 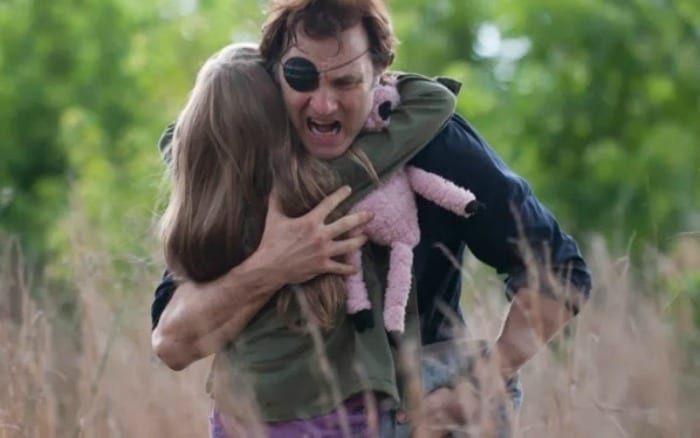 The Governor kills Martinez and Shumpert to take control of the new group, and takes their arsenal and them to the prison to take it over. He wants to make a new home for the Chamblers. He goes back to the prison to spy on them, and notices Hershel and Michonne burning the corpses of people that were infected and died. He becomes enraged to see Michonne. 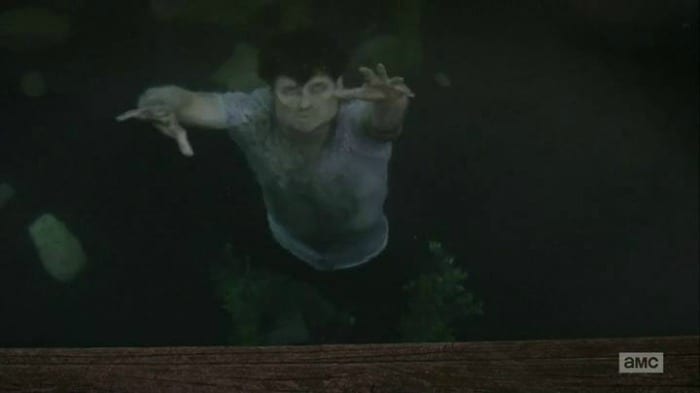 The Governor sneaks up behind Michonne & Hershel and is able to capture them. He uses them as a bartering tool for Rick and the group to leave the prison. Rick tries to negotiate and tell him they can share the prison. The Governor calls him a liar and kills Hershel. Everyone in Rick’s group goes crazy and opens fire on everyone. He and Rick go hand to hand, and Michonne kills the Governor with her katana. 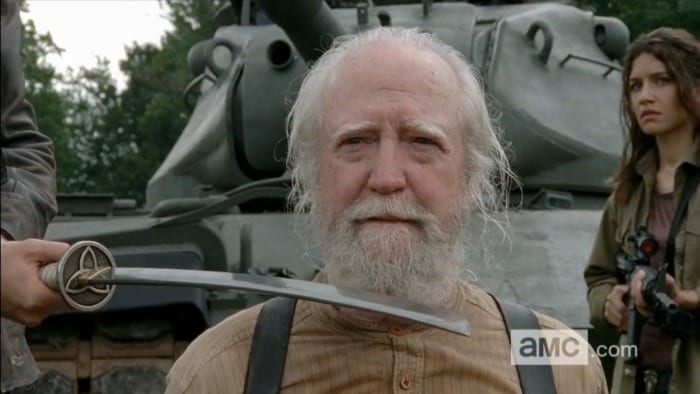 This episode revolves around Rick and Carl’s relationship, and dealing with truths about each other. This is where the iconic huge can of chocolate pudding comes into play. Michonne, on her own travels, is searching for the group, and sees signs of life around her. She comes up to a house where she sees Carl and Rick inside. She knocks, and Carl asks who it is. Rick says, “It’s for you.” 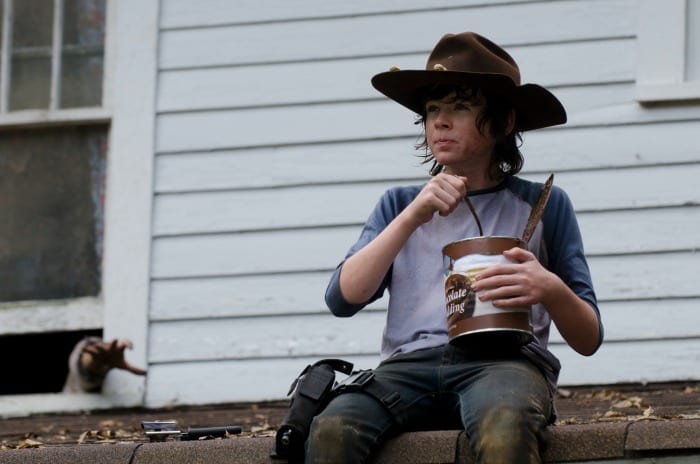 The once huge group is torn into smaller ones. We have Daryl and Beth in one group; Tyreese, Carol, Lizzie, Mika, and Judith; then Maggie, Sasha, and Bob in another. Glenn meets Tara, and we are first introduced to Rosita, Eugene, and Big Red – Abraham. I love me some Abraham! 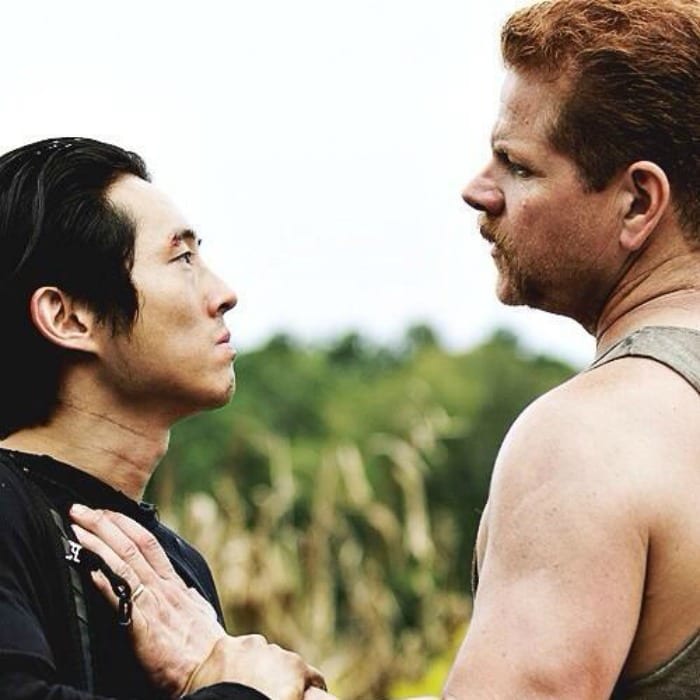 Carl, Rick, and Michonne’s happy reunion is short-lived as Rick wakes up to guys (know as the Claimers) come inside the house. Rick cleans house with the Claimers while Carl & Michonne are out scavenging. After abandoning the house, they come across train tracks with signs for a place called “Terminus”. 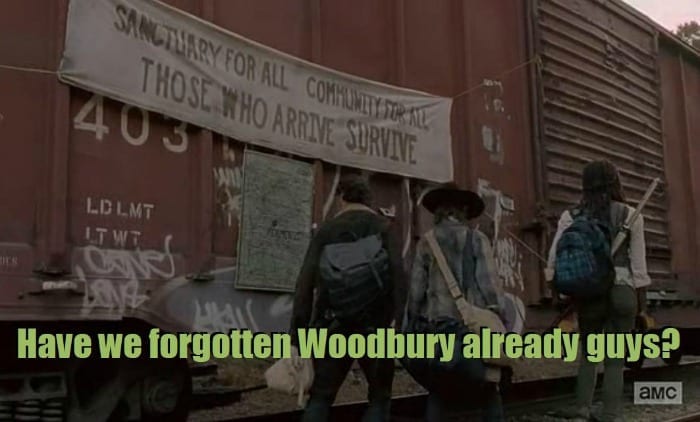 Daryl and Beth are still journeying together, and she finally has her first taste of alcohol that he found in an abandoned cabin that was used to make moonshine. This episode focuses only on Daryl and Beth, and reliving their past while drunk as skunks. When they decide to leave the cabin, they set it on fire, symbolizing putting their past behind them. 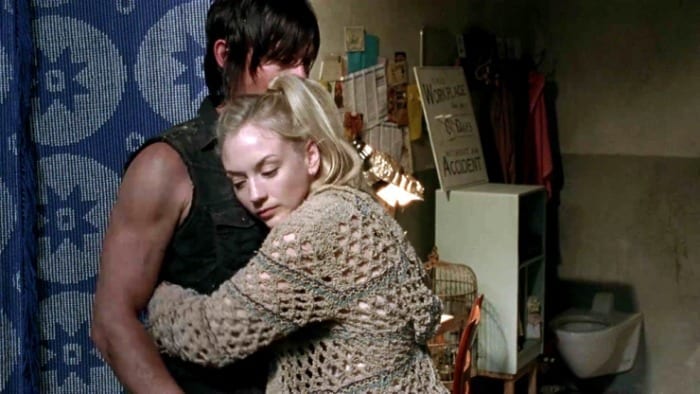 Maggie is on a mission to find Glenn, even though she is still with Bob and Sasha. They come across the tracks to Terminus and Maggie decides that that’s where Glenn would be. Sasha disagrees. Leaves…but then comes back after saving Maggie from walkers. Daryl and Beth are overrun by walkers, but they escape. However, Beth is taken by a mysterious vehicle and Daryl is captured by the Claimers.

We meet back up with Tyreese, Carol, the three girls, and the ever famous acorn cookies. Tyreese suggests they should go to Terminus, but Carol says no because the girls are too frail. However, they soon realize that Lizzy is mentally ill. Lizzy kills her sister, and then Carol had to kill Lizzy while saying, “look at the flowers” – to distract her from what’s to come. Carol also admits to killing Tyreese’s girlfriend, and he tells her he forgives her. Tyreese, Carol, and Judith continue on to Terminus. 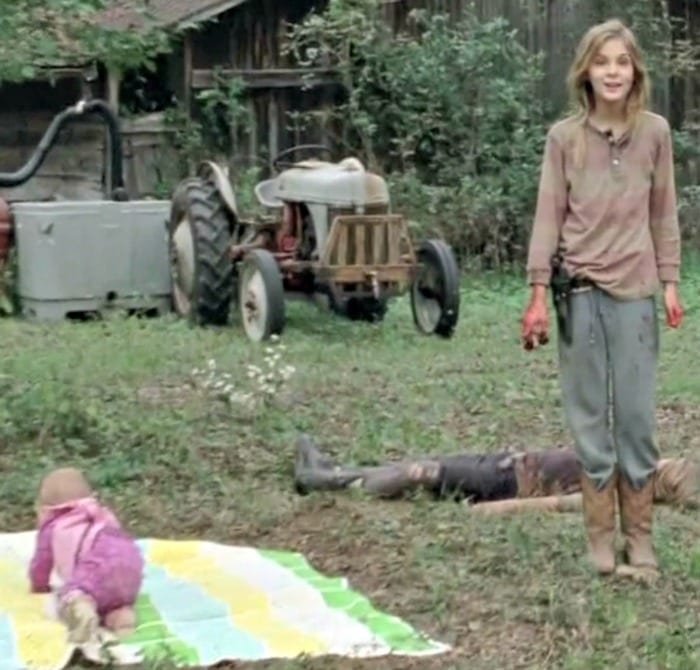 Rosita, Eugene, Tara, Abraham, and Glenn continue on their path to Terminus, not knowing who or what it is. They find a message left by Maggie to Glenn in front of a tunnel. They venture on and get attacked by a horde of walkers, but are saved by Maggie, Bob, and Sasha. They find Terminus and are greeted with a huge smile and someone grilling meat. Daryl is still with the Claimers, and doesn’t realize they are looking for Rick and the other two. 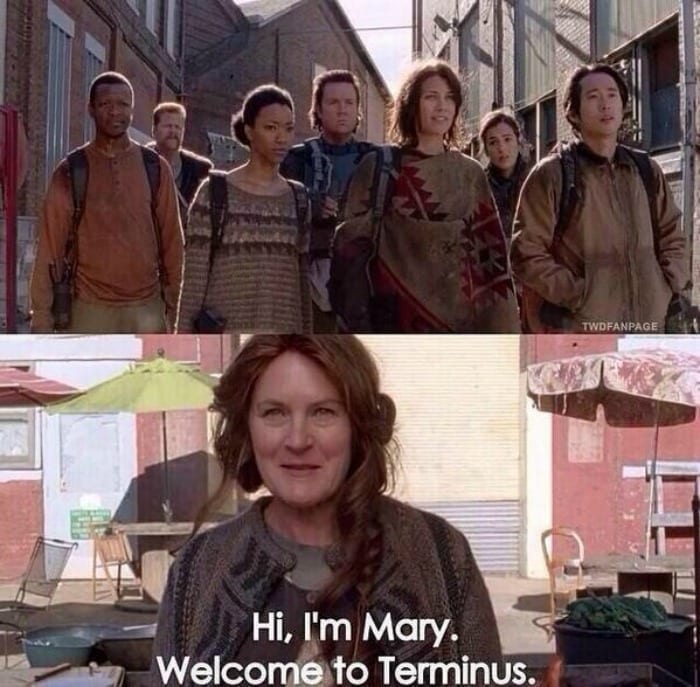 The Claimers find Rick, Carl, and Sasha, and wants to rape Carl and Sasha while Rick watches. In a moment of delirium and rage, Rick bites a chunk of flesh from the neck of one of his captors. Rick and Daryl slaughter the rest of the Claimers. Rick and the rest of the gang make it to Terminus, but things go south fast! He sees property that belong to other members of his group. Quickly, everyone is sent scattering into a train boxcar by people firing bullets at their feet. In the boxcar, they meet up with Maggie, Glenn, and everyone else. Rick vows that the Terminus crowd has messed with the wrong group. 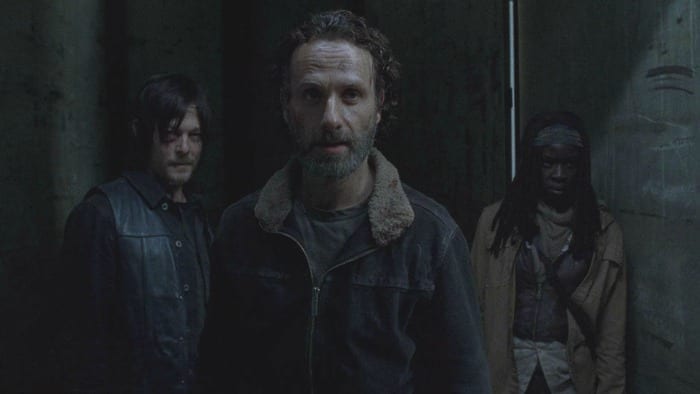 Can you even handle this? I can’t wait for you to see what happens in season 5. If you haven’t watched this season yet, then make sure you get The Walking Dead Season 4 on DVD!