My prom invitations might have been chiseled on stone tablets, we may have had dinosaurs in attendance, and it may have been in a dark, dank cave, but I remember what a big deal prom was. I get it. Prom is a rite of passage for most high-school students.

I have one little question, however. When did prom get so fricken elaborate, and what’s the deal with ‘promposals’?!? 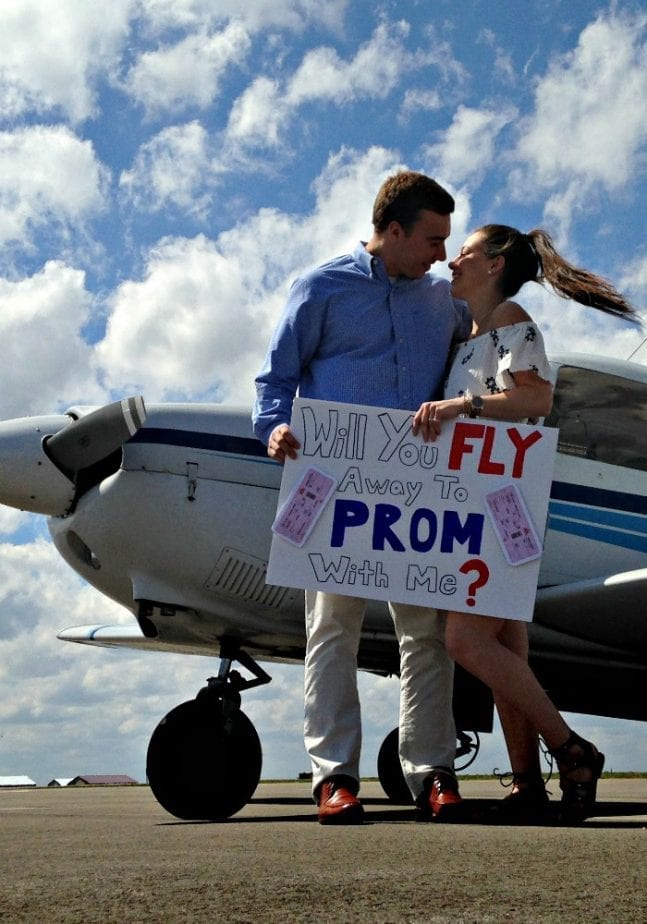 When Did Prom Get So Damn Elaborate!?

Promposal? What the heck is that, even? Why is this a thing? Why can’t things just be simple and straightforward anymore?

In my day a guy would say, “Hey, do you want to go to prom?” The person being asked would then answer with a “Yes” or “No.” Or sometimes we got really crazy wild, *gasp* and the young lady did the asking. That was about the extent of how one ended up at prom. Not that it wasn’t fun. It was. Not that it wasn’t exciting. It totally was.

I just don’t get why everything has to be so dang over-the-top these days.

(Can you feel the awkward from here!?!)

Do a Google search or peruse Pinterest, and you can find thousands (yes, I said THOUSANDS) of ideas for so-called promposals. What is a promposal, you may ask? It is literally proposing to a person, but the outcome is prom. I haven’t seen wedding proposals this elaborate.

Here are just a few I have seen suggested or acted out:

A person who is fluent in mathematics made some kind of algorithm (I don’t speak math. Is that the right word?) that, when put into a calculator’s coordinates, spelled out “Prom?” across the screen. 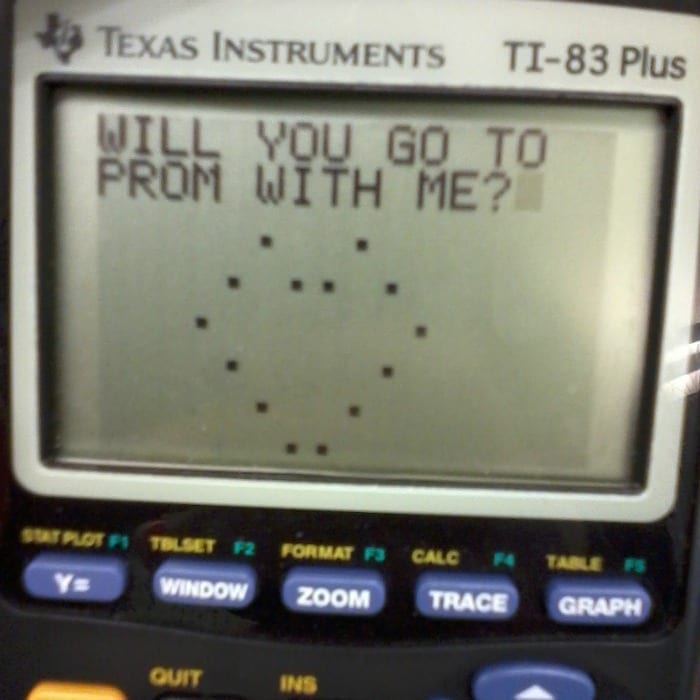 A guy brought a gift bag full of makeup to a young lady’s house. The makeup was removed from the bag one by one. At the bottom of the bag was a card that read, “Time to makeup your mind.” 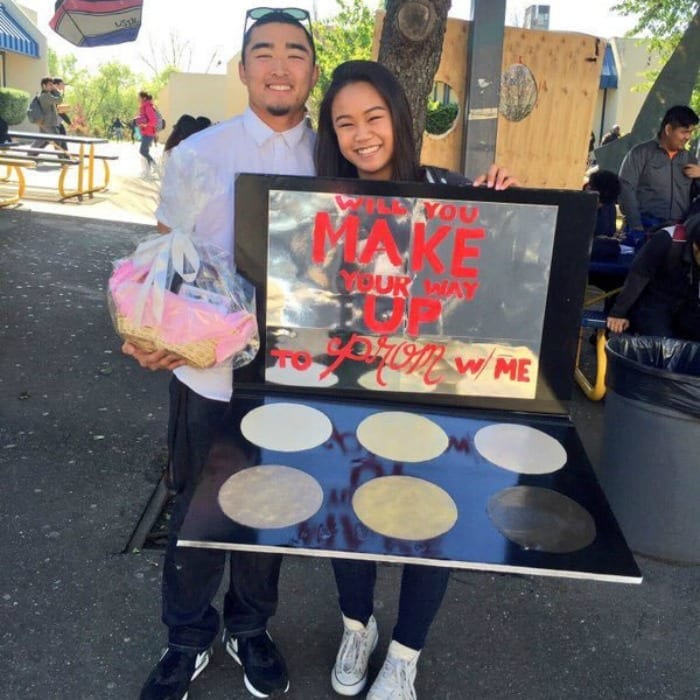 Someone set up a magical area draped in fairy lights. There were books of all kinds on a table under the twinkling lights. The unsuspecting proposee had to go to the marked page in each book, and decipher the highlighted words contained within the pages. You guessed it. When deciphered, the words made up the sentence, “Will you go to prom with me?” 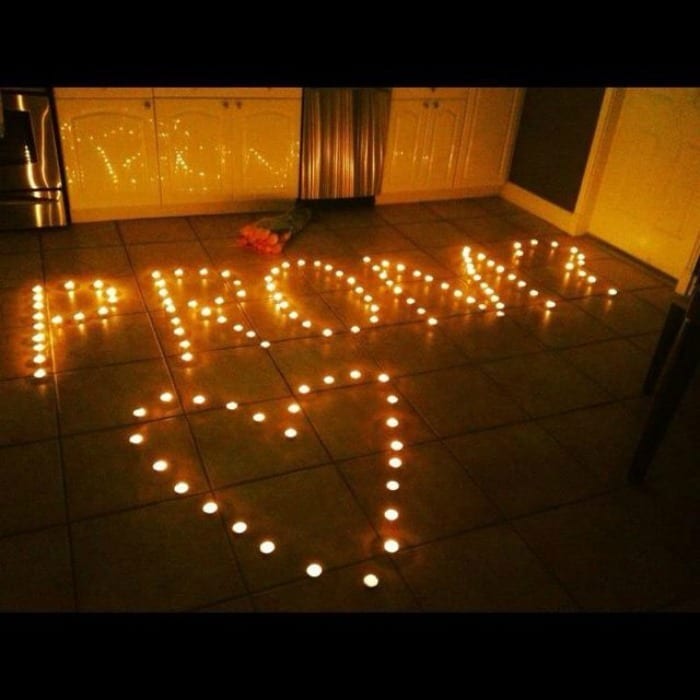 Someone rented an actual billboard in a highly visible area. That’s right, I said ACTUAL BILLBOARD. Now, I’m sure this set the person back quite a few bills financially, but it was effective. The billboard read, “(Insert name), will you go to prom with me?” Who could say no to that?!? 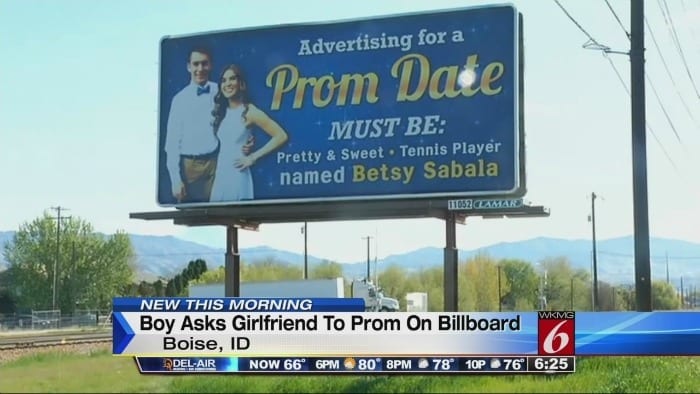 Someone set up a fricken flash mob, with a whole choreographed dance that ended with a promposal.

A lot of people have seen this one, as it has run the social media circuit. It started with a pizza box. When opened, spelled out in pepperoni on the cheese the pie asked, “Prom?” 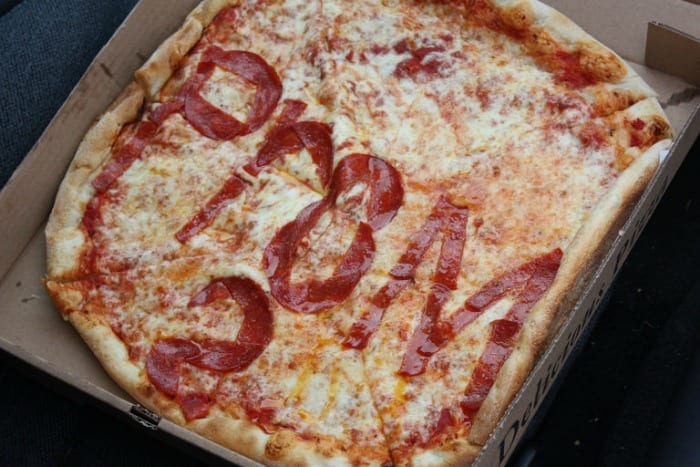 Not that these aren’t cute. They totally are. But, what happens now when that person is faced with a marriage proposal? The marriage proposals now have to become bigger and more grand to compete with the promposals.

I say, STOP THE INSANITY! Reign it back in just a bit. Not everything has to be so big and over the top. Teenagers, just be your teenage selves, and enjoy this rite of passage. Dress up, have fun, dance a little. There is no need to propose to your prom date. Save the big moments for when they REALLY count.

What Are Hoco Proposals and Why Is Everyone Talking About Them Right Now?

[…] Hoco Proposal is similar to the “Promposal,” but it is on sort of a bit smaller scale — yet still super fetch. (Stop trying to […]

I found your page through FB. It seems a bit of ridiculousness to me. I am afraid that I must come out of the dino age too. Also, when I was dating a guy, it was a given I was going with him. Oy!