When I married my husband, I thought I found the love of my life. We’d been together for so long and marriage was the natural next step in our epic love story. Right away, though, we knew we wanted to start a family. Between us, we had too much love not to spread it around, so when I found out I was pregnant with my first son, we couldn’t have been happier. Looking into my little boys’ eyes for the first time ever, I realized I only thought my husband was the love of my life. Sure, sure, different kind of love, but that little boy had me at Hello. Then when my second son was born, it was like our little family was truly complete. Now that they’re a little older, I’m finding that loving little boys is amazing but also…weird. Boys are weird. And I truly couldn’t be happier. Here are 10 Truths Moms Of Boys Know Too Well…because though they’ll always be the loves of my life, they are also crazy little bundles of energy who do truly disgusting things that only they find hilarious. 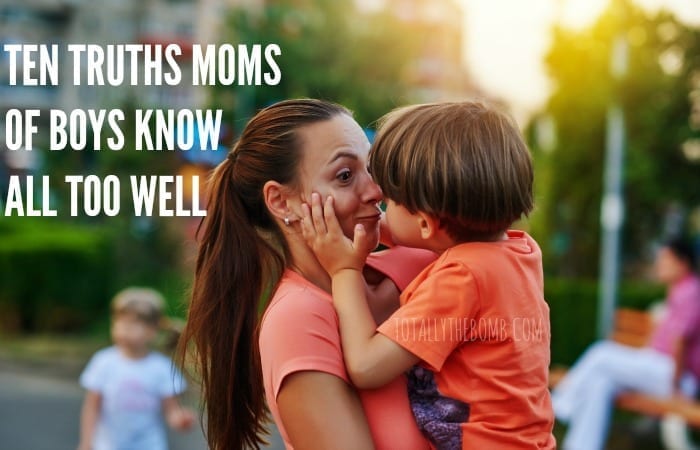 2. Stepping on LEGO’s is a fact of life. No matter how much I clean, those things are everywhere. It’s like they breed in the carpet or something.

3. Farts are funny. And so are burps. And they can be used as weapons. Please don’t fart on your brother has become a mantra with as often as I have to say it.

4. You-know-what’s can be stretched really far. It looks painful, but apparently that’s funny too. And they’re play-toys. And hitting them? Also very funny, according to my boys.

5. Underwear is multi-functional. Whether it be as actual underwear, a hat, or part of a superhero costume, underwear has Way more uses than I ever imagined. 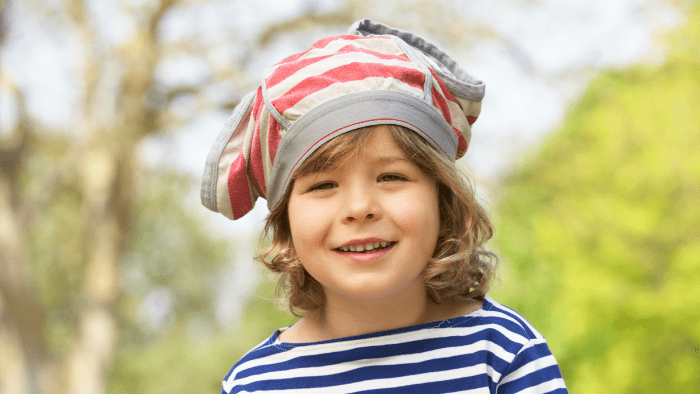 6. Everything is a weapon. Forget about not getting toy guns for kids because Anything can be made into a gun/knife/machete/alien death ray. The other day I watched a tissue box become a sword. It’s like it’s in their DNA.

7. Goldfish don’t stand a chance. So far in my home they’ve been swallowed, stepped on, bathed, and brought to the store in a pocket. Stop buying goldfish, you say? No, I’d rather them learn these life lessons with goldfish than with a puppy.

8. Silence is terrifying. As a mommy time alone is rare, and for about a second, the quiet feels amazing. Then, you realize quiet means something truly bad that they don’t want you to know about is happening. I’ve never been more terrified of silence in my life.

9. Creepy creatures are a part of life. Not only are they given to you as gifts, they’re found in the weirdest places. When you make a little boy’s bed, you should Always be prepared to have a frog, lizard, or snake pop out at you. 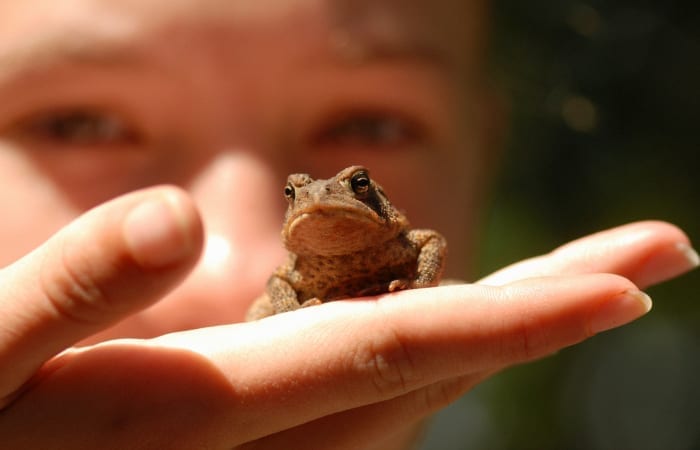 10. They love you best of all. Even if they think kisses are gross most of the time, the second they get hurt or are sick YOU are the only one they want. I know I’m my boy’s first love and that’s both a huge responsibility and the most amazing thing in the world. 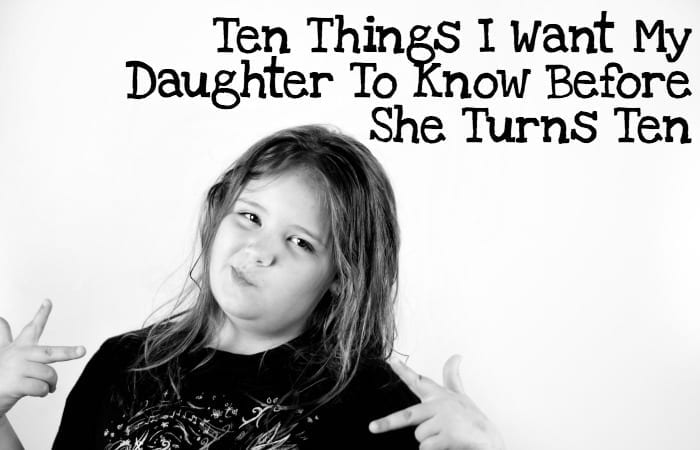 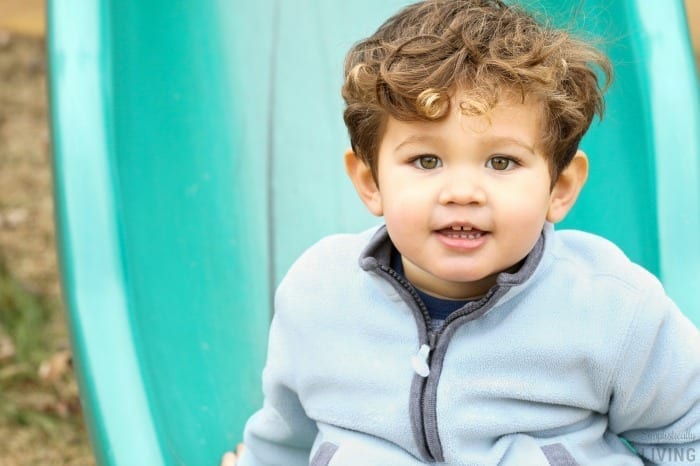 Get over yourself geez, and I'm sure your one of those fake perfect moms on Facebook. My husband is perfect my child is perfect my life is just glitter and rainbows Pathetic. Plus you have 1 child that's terribly hard for I'm sure. Because that takes a bit of the revolving world away from you. Grow up please Linda

Get over yourself geez, and I'm sure your one of those fake perfect moms on Facebook. My husband is perfect my child is perfect my life is just glitter and rainbows Pathetic. Plus you have 1 child that's terribly hard for I'm sure. Because that takes a bit of the revolving world away from you. Grow up please

Calm down it's just a funny article, Mrs. Perfect Parent. I'm a mom 5 boys and yes they can be disgusting it's in their dna. She was just giving us a laugh. Calm down and put your big girl, I'm perfect mom panties on, and deal with it. Maybe even crack a smile. Chill out for manners sake lol p.s by the way do you even have children. Because I feel bad that their mother is so uptight. You must be such a fun mom.

That was for Linda, little miss manners and stuff.

I'm sorry ladies, but this is one dumb article. I am a mother of a boy and although my boy swears he's "allergic" to water lol, He doesn't smell like piss, he doesn't have his legos all over the place, and seriously with the gold fish?? You'd rather they learn a lesson with fish than with a dog?? How about teaching them MANNERS, and VALUES, and taking time to EDUCATE your own children!!!! My boy know to pee with toilet seat up, if he wets the floor by mistake he knows he will the one who will clean it up, he knows that ALL life is to be respected there fore if he wants a pet even a fish he will be gentle and caring. I maybe critics and say have people say: I'm a monster and don't let my son be a kid. But I rather be perceived as a monster mother than to have my son be perceived as a bad kid.

with that being said. My boy is the most wonderful, respectful, loving, kind, silly, yes, dirty (as I have to nag him about getting in the shower on a daily basis) and the best thing in my life! My kid and my husband call me their princess and they both treat me as such, they fight over who will open the car door for me and they pick flowers ? when we're at the park for me. I'm one spoiled Mother and wife. I just needed to convey that you can still Oooze love and letting kids be kids while making sure your kids are still thought to behave and rised well, I cringe when I see the overly passive mother at the store while their kids are running them. Simply sad and repugnant to see. Parents need to start behaving like parents not like they're kids maids or friends!!

Sorry for all the typos my dumb phone is acting slow and switching what I'm actually typing! Grrr.. I really do know how to spell so save the negative thoughts or comments about the spelling :)

I had to seriously laugh at how accurate this is! We don't have a goldfish (#7) but if I have to say "you can not ride a dog like a horse" one more time....!!