I’m about to embark on a new experience: Creating a playroom for my toddler daughter. I want to make it awesome. Like top of the awesome mountain awesome. And I’ve found  25 Ways to Make Your Toddler’s Playroom Awesome! 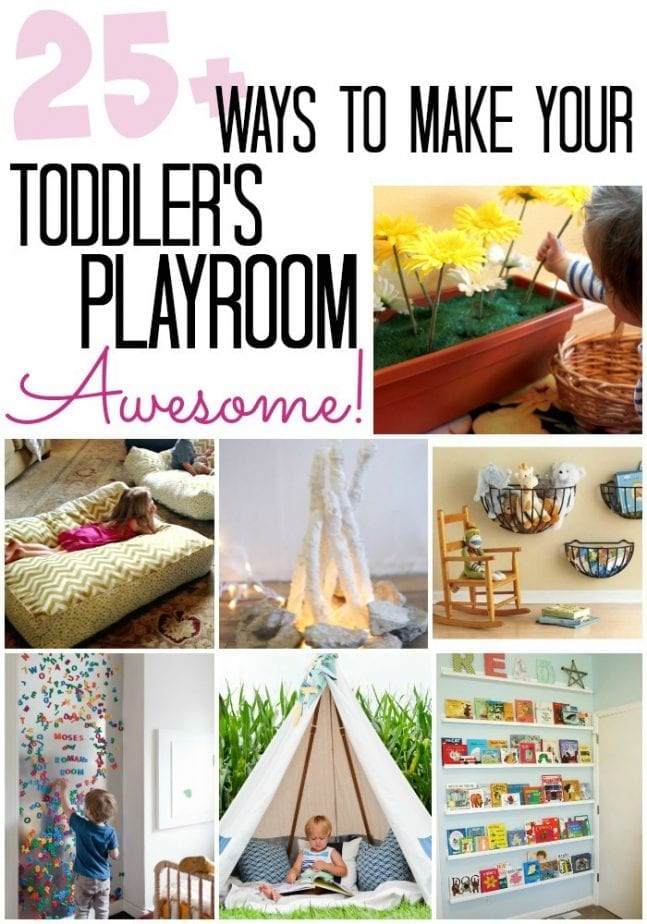 So, that ended-up being a LOT more ideas than 25…oops! In the event that this JUST wasn’t enough ideas, check out these 50 Ideas for Playing with Babies and get some additional great ideas for a toddler activity wall or just about anything!

Want more boy ideas (because I know most of mine are girl-oriented for my daughter)? Check out this 3-Boys One Room story! 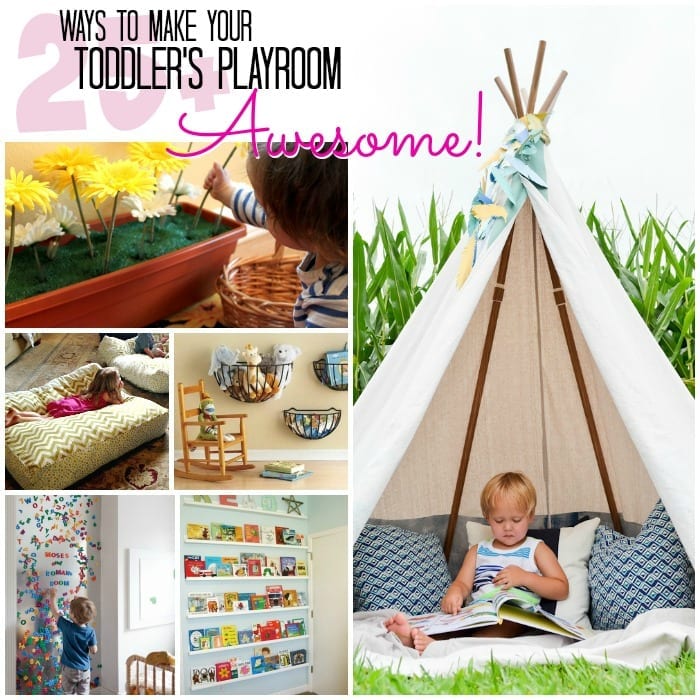 These are really great ideas! Please keep them coming for the next growth stages!!