Remember last summer when everyone was obsessed with Pokemon Go? Well, there is a new game in town and this time it’s all about the Dinosaurs! I’m sharing How to Play Jurassic World Alive and where you can get it. It will be this summer’s hottest way to walk, collect dinosaurs and get yelled at by Chris Pratt (Owen)! 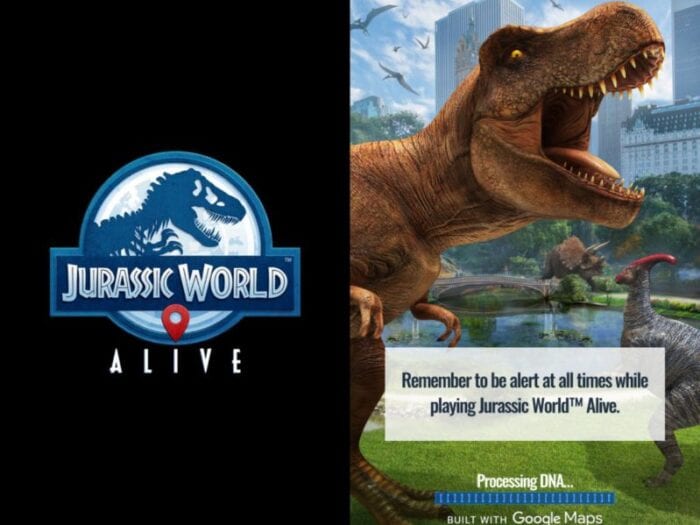 How to Play Jurassic World Alive

Once you’ve downloaded the game you will prompted to create a username and shown some different elements within the game. 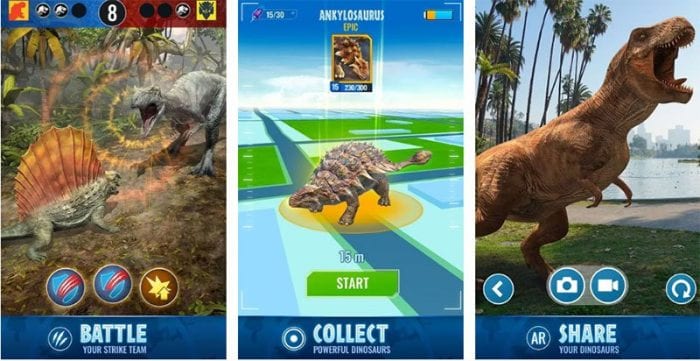 Much like Pokemon Go, this game is built around the idea of walking or traveling to the Dinosaurs near by shown on your map. This game specifically uses Google Maps so it should be pretty easy to determine where dinosaurs are surrounding you. 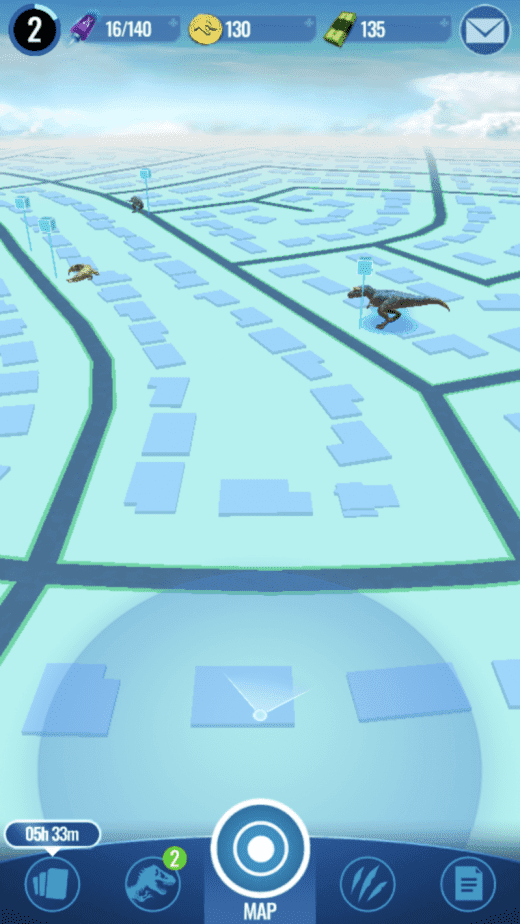 Some dinosaurs will span right within your reach while others are further away (measured in meters). You can click on the dinosaur shown on your map to determine how far it is. If it is too far away, you have 2 choices:

Note: Yes, you can drive there but much like Pokemon Go you will be greeted (or rather yelled at) by Owen Grady (Chris Pratt) reminding you to not drive while playing and making you confirm you are a passenger.

Once you reach the destination of the Dinosaur shown on your map, you can then use your drone and darts to extract DNA from that dinosaur. Hitting within the targets allows you to collect DNA but there is a catch – you are timed. Once time runs out, you will either have enough DNA to make your own of that dinosaur or you will have a progress bar showing how much you have collected of that particular dinosaur. 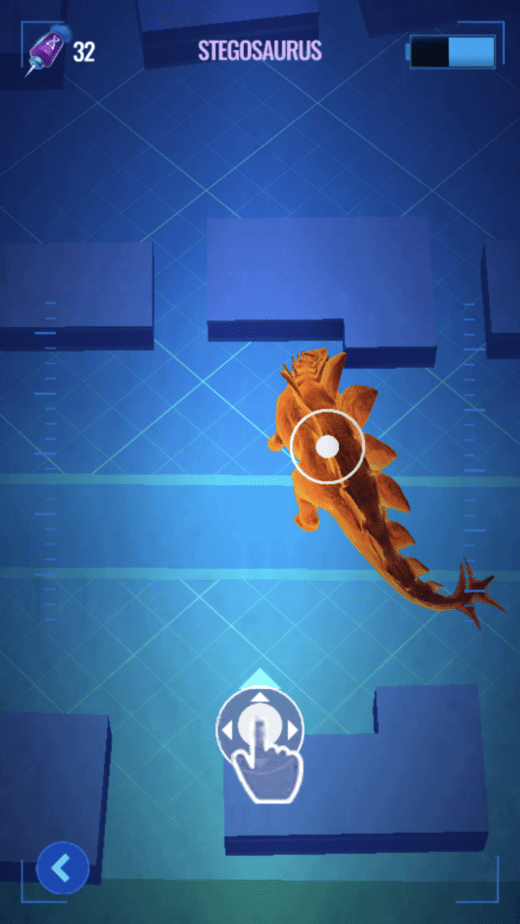 Once you’ve collected DNA from any dinosaur, you can visit your “Collection” in the bottom of your screen. This will show you all the dinosaurs you have extracted DNA from. Any that are able to be created or evolved will be flashing at the top and are indicated with a green upwards arrow like shown below. 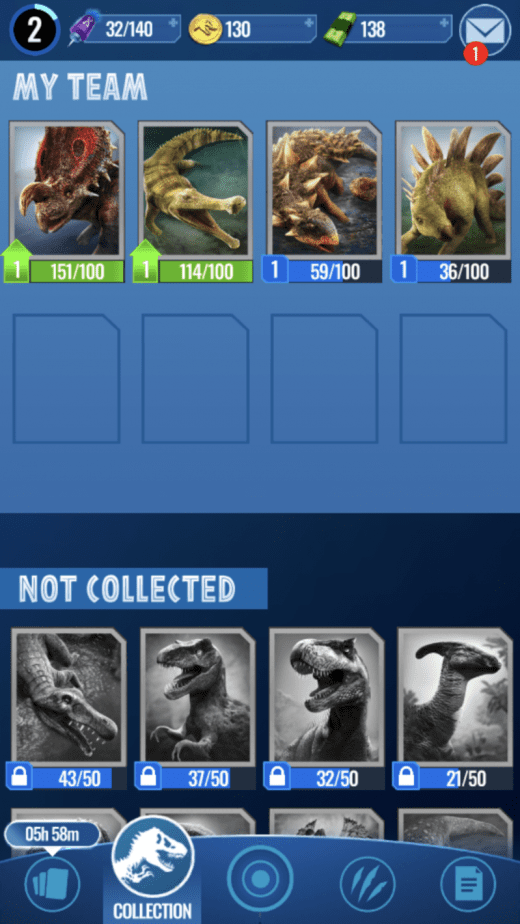 Each dinosaur has a different level of DNA in which you need to collect in order to recreate it, evolve it, etc. The amount of DNA to be collected is determined by it’s rarity.

When you encounter a dinosaur, below it’s name you will see 1 of 5 rarity types: Common, Rare, Epic, Legendary, and Unique.

The higher the Tier, the smaller the target during the drone sequence to collect DNA, and of course, the rarer they will be in the wild. Legendary and Unique Dinos so far seem to be bred exclusive, which means that once you have gathered enough DNA from two specific species (and leveled them up adequately), you can breed your own Legendary or Unique (see picture below for clarification). Be aware, they will not be easy to get! 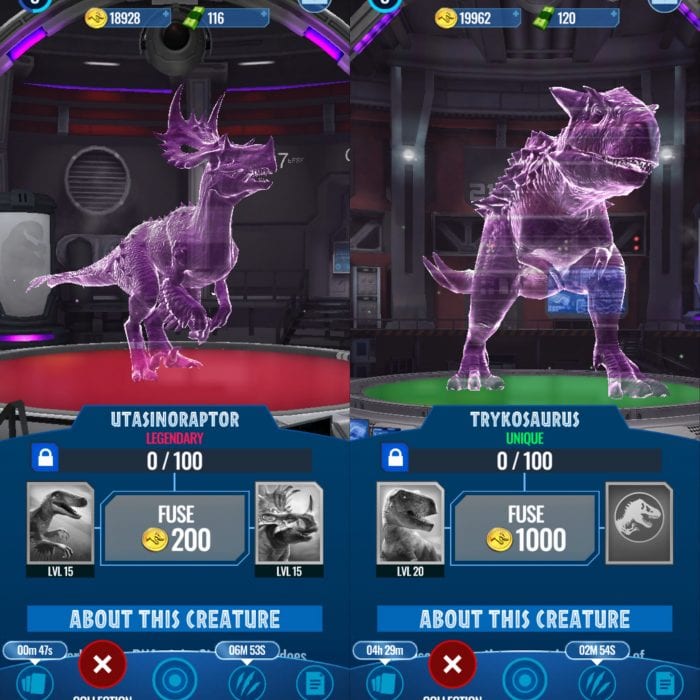 Aside from collecting dinosaur DNA and breeding them, you can also battle your dinosaurs and collect loot from supply drops.

Once you have at least four dinosaurs in your collection, you can head to the training grounds where you can battle other players.

Each player can bring in four dinosaurs into a battle but only must defeat three of their opponent’s dinosaurs to win. Winning battles not only gives you items but also increasing your battle level allowing you to challenge more difficult players. You will also earn experience towards your overall level in the game. 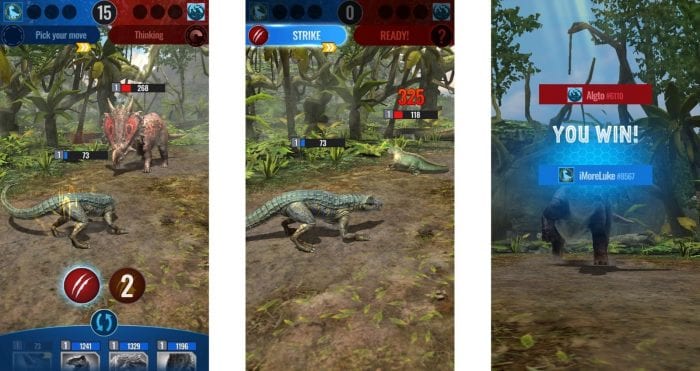 Supply drops are some of my favorite. Remember Pokestops? It’s essentially the same thing. You will find supply drops near dinosaurs (almost always) and spin the box to receive loot and supplies.

These supply drops give you items such as, DNA darts, coins, cash, and batteries, which allow you to keep playing the game.

When you’re close enough to a Supply Drop, you can simply tap on the box to receive your reward. These supply drops refresh every 15 mins. 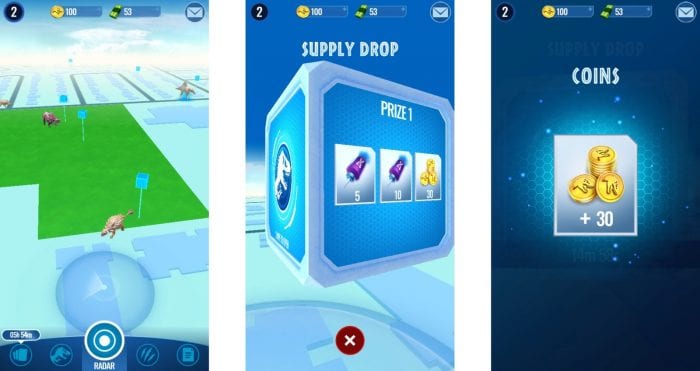 This is the basic idea behind Jurassic World Alive. If you encounter any questions while hunting for Dinosaurs, come back and let us know!

What is your favorite dinosaur?

I am having a fantastic time playing this game. Unlike predecessors of this style of game you can battle anytime, anywhere! I love playing it a lot.