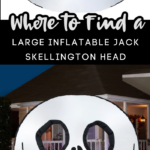 Jack Skellington, the pumpkin king, the master of all parties, however you want to name him is an expert during spooky season and more than the average Christmas party planner if we’re all being honest.

This year, Lowe’s is selling a large Jack Skellington head in the spirit of Halloween which will certainly be the centerpiece of your front lawn on the night of mischief.

The 8 foot inflatable captures the perfect representation of the main character in Tim Burton’s The Nightmare Before Christmas featuring a round shaped head, large eyes, a nose, and the classic stitched and skeleton smile!

This inflatable self-inflates in seconds and deflates for easy storage, not to mention, Jack Skellington’s head illuminates at night putting on a big and bright show!

Included are stakes and tethers for an easy installation making sure Jack’s head doesn’t roll into the neighbors yard on those breezy and cold winter nights.

You can currently find the 8 foot, inflatable Jack Skellington head at Lowe’s for $149 to place in your front lawn to greet trick-or-treaters. 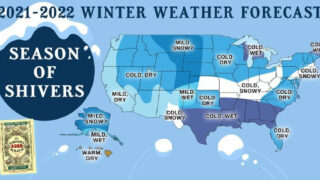 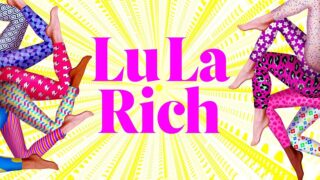 Next
Amazon's New Docuseries 'LuLaRich' Just Proved I Was In A Cult
Click here to cancel reply.