You guys, we need to talk about this stuff, for real… for real.

There are so many strange things happening and we need to talk to our kids about it, even if they are grown already.

Currently, there is a trend called “dry scooping” happening on TikTok and other social media, I guess some guy decided to swallow pre-workout powder dry and others were like “hey, great idea…”.

I myself have never used a pre-workout powder, but it’s pumped up with amino acids, caffeine, B vitamins, creatine, and artificial sweeteners.

I guess when you don’t dilute it that the energizing effects are stronger, and you know… that’s not really a good thing guys.

There are a bunch of videos of the trend on TikTok, but the one I am talking about is a video made by Briatney Portillo, and she is only 20 years old.

After I took the pre-workout, I started to feel tingly and itchy all over my body, which wasn’t a good feeling, but I googled it and it said that was a normal side effect. … So I began to do my workout. I started to feel a heavy feeling in my chest and slight pain, but it wasn’t too bad. I thought it was maybe anxiety or a bad panic attack, so I decided to just ignore it and push through my workout.

Eventually her pain eased up a bit, but she wasn’t feeling right at all.

She was feeling light-headed and very nauseous, so she went home, took a shower, and was feeling a little better.

A turn for the worse…

She left for her job as an exotic dancer and it was there in the locker room that she started feeling awful again.

In the locker room of my job, I started getting hot, even though it was cold in there. … I started sweating a lot and was drenched even though I was wearing a bikini. Then my chest pain came back and this time it was more intense. The pain went to my back and to my left arm and my left arm went slightly limp, so I knew those were symptoms of a heart attack. I called 911 and the ambulance came.

At the hospital they didn’t go right to calling it a hear attack because she is so young.

But after running tests and seeing her troponin levels, they knew she was having a heart attack.

They did keep her overnight and did more tests and she was diagnosed with an NSTEMI.

This is a type of heart attack that thankfully does less damage to the heart.

She was told that she needs to avoid caffeine now.

Briatney was also advised to monitor her heart rate now.

If you choose to use a product, make sure you follow the directions.

Also it’s always a good idea to discuss it with your doctor as well.

I decided to share my story to raise awareness — being 20, I would’ve never assumed I’d get a heart attack from pre-workout. I just want people to be careful with what they’re consuming. Just because you see it online, even if it’s ‘fitness influencers’ doing it, doesn’t mean it’s safe. Being young doesn’t mean we’re invincible.

I use a lot of nontraditional treatments for my illnesses, but my doctor is aware of all of them.

This way if an issue pops up, he can help me manage when something isn’t going right. 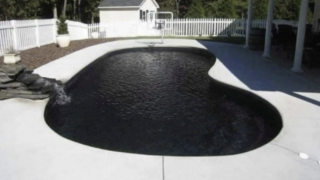 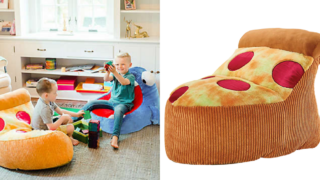 Next
You Can Get A Pizza Shaped Beanbag Chair For The Perfect Spot To Chill
Click here to cancel reply.