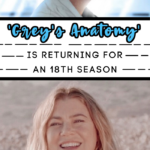 Oh, Grey’s Anatomy — you’ve taken us on many a wild ride in the last 17 years.

AND, you are going to keep doing it for at least one more year!!

Ellen Pompeo put pen to paper, and has decided to sign on to play Meredith Grey for at least one more season — so we can all breathe a sigh of relief.

We were all on pins and needles — especially after the events that have been happening on the show — since Ellen Pompeo dropped this little teaser bombshell on Grey’s fans.

Please don’t scare us like that, Meredith — uh, I mean, Ellen!

Keeping Grey’s Anatomy on the air for at least one more season didn’t come cheap.

It has been reported that Ellen Pompeo’s new contract is for upwards of $550,000 per episode — not bad for the little doctor show that started WAY back in 2005!!

Don’t worry, I hear that Chandra Wilson and James Pickens Jr. (Dr. Miranda Bailey and Richard Webber) are going to be paid handsomely for their return as well.

Let’s take a moment of silence for Dr. Jackson Avery, who will NOT be returning to the show after it’s 17th season. *Sob*

But, at least the rest of the gang will be there — and there will be new adventures, explosions, and catastrophes that will keep us entertained for at least another year! 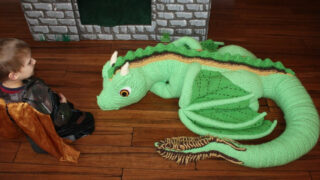 Previous
You Can Crochet A Life-Sized Baby Dragon And I Must Have One! 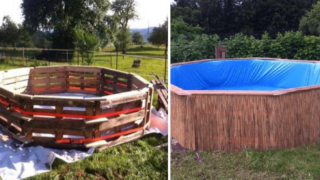 Next
People Are Building Pallet Pools For The Summer And It's Genius
Click here to cancel reply.