Recently, Frontier communications bought out Verizon Fios in Florida, Texas and California for billions of dollars. through all of this, Fios customers caught up in the switchover are stuck in the middle of an insane mess of service outages, bills more than double what they should be, and no way to log in to check their accounts or even figure out who to talk to.

I tried to move my internet this past month from my old house to the new, and after being told it would take three weeks to move my service, then having an entire week of missed appointments from them, I know how to get ahold of Frontier Communications when my internet is messed up. 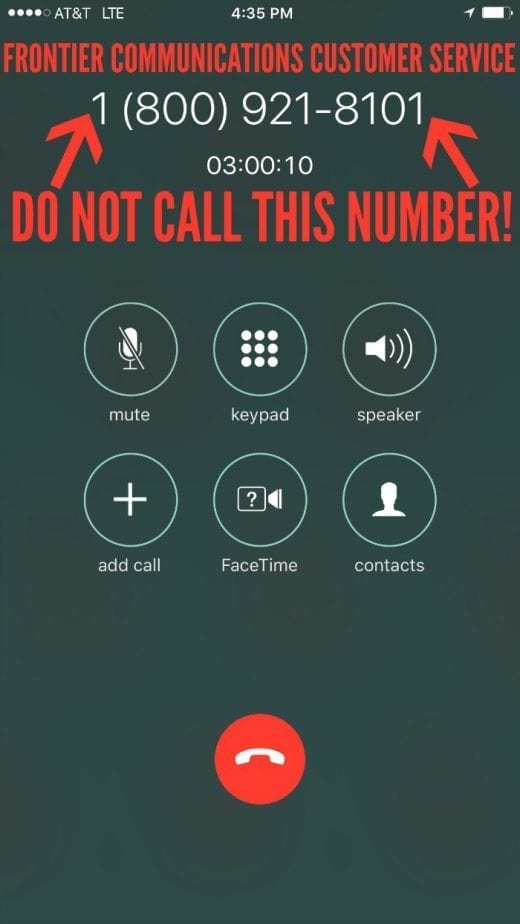 Now, here’s the deal. The phone number they give you on all your bills, their website, and everywhere else, is NOT the phone number you want to call to get a real person from Frontier Communications to help you with your internet outage. I spent 5 days on hold, 3+ hours a day trying to get them to help me out. They promised me my ticket was escalated, they assured me that they would send someone out first thing in the morning the very next day, all week long I dropped all of my work-related appointments, and waited at the house for someone to show up. I’d call in the morning when nobody showed up, and the people at that phone number told me somebody would be there before five. Nobody ever showed.

I tried their Facebook page. They were very responsive there and had a lot to say, but I quickly found out that it was all smoke and mirrors. They just jumped in to placate me now and then without actually doing anything. They said they’d email me, and someone did once, but she never emailed again. 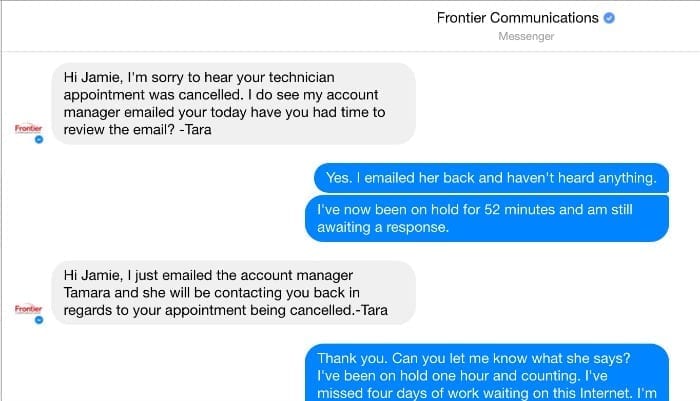 So to get help with issues about your Fios Internet with Frontier communications, you call 1-203-614-5600, press 1 and talk to the escalation department. Instead of being on hold for hours, they will help you out in about fifteen minutes, offer up their personal emails, call technical support supervisors on their private lines, and do anything they can to help you. I just wish I’d had this information, because then I wouldn’t have had to spend three weeks waiting on an internet installation.

[…] How To Deal With Frontier Communications – Totally The … […]

[…] How To Deal With Frontier Communications – Totally The … […]

frontier is the worst company i ever had. they have a automatize machine it says you can talk to me like can't get themselves out of a Birth Canal.

God bless you!!!! This number saved the day!

Thank you for the number