Blue’s Clues will literally always own a special place in my heart.

I grew up watching Blue’s Clues but most importantly, I had a grandfather that played ‘Blue’s Clues’ with my brother and I every time we’d sleepover his house. It is one of my best-ever childhood memories. So, again, the show really holds a special place in my heart.

So, today when a video popped up on Facebook of Steve, I just had to watch and let me just say, it did not disappoint.

If you are a millennial, you’ll get why Steve is the true face of Blue’s Clues and why it was so heartfelt and wholesome to see Steve once again.

In the video, Steve begins by talking about how it’s been a long time since he’s seen us and how him going to college was pretty abrupt.

Um, yeah Steve is was. I still have some childhood trauma I am trying to process about that! (kidding, well, sort of!)

I mean I do still remember the day that Steve left Blue’s Clues to head to college… I felt like a piece of me was gone and honestly, the show was never the same without him (no offense intended towards Joe).

And now that I am a mom, my kids all love the older Blue’s Clues episodes with Steve and actually prefer them over the newer episodes.

Anyways, the message that Steve was trying to get across was so loving and heartfelt. We knew that Steve needed to move on with his life but we hated that he did.

But as he moved on with his life, so did we. And in this video, Steve gets real in sharing that part of lives.

He ends by saying that he thanks us for being there and that “I never forgot you”, OMG queue the TEARS. That is when I started crying, right there.

HE NEVER FORGOT US GUYS. Ahhhhh!

So, here we are 25 years of Blue’s Clues (now I feel old) and we have Steve back. I truly hope we see him in the newer episodes regularly because my kids and I would LOVE it.

Watch the full video below but grab the tissues before you do! Hugs!!

So about that time Steve went off to college… #BluesClues25 pic.twitter.com/O8NOM2eRjy 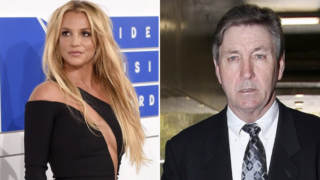 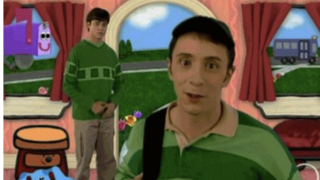 Next
Steve From 'Blue's Clues' Was The Best and I Said What I Said
Click here to cancel reply.

Absolutely beautiful! Me and my kids watched you faithfully every day. We loved you. Thank you for all the amazing memories. I really appreciate this message and I'm so happy to hear your doing everything and succeeding in life. Good bless you Steve.

10000 likes and more. We love you forever abd a day. Thank you for all of beautiful amazing educational fun memories. You are truly the heart of childhood goodness.