Poor April, April the giraffe. She doesn’t even know she has become an internet and media sensation. April with the upside down heart spot on the left side of her neck, who rarely leaves her birthing stall, and has her baby daddy, Oliver, in the next stall over. Yes, we’ve all been glued to the Live Feed of this majestic momma, and memorized just about every spot, manerism, and feature of this now-famous animal (or maybe that’s just me). We’ve all held our collective breath each time she moves, lays down, or for goodness sakes, even swishes her tail. “It’s time,” the comments inevitably read. Everyone gets all excited, just to be greated with more of the same: April, in a stall, standing, walking around, eating, sleeping, pooping. There are huge news stories all over the internet…and I’m just sitting here waiting for April to poop out that baby. 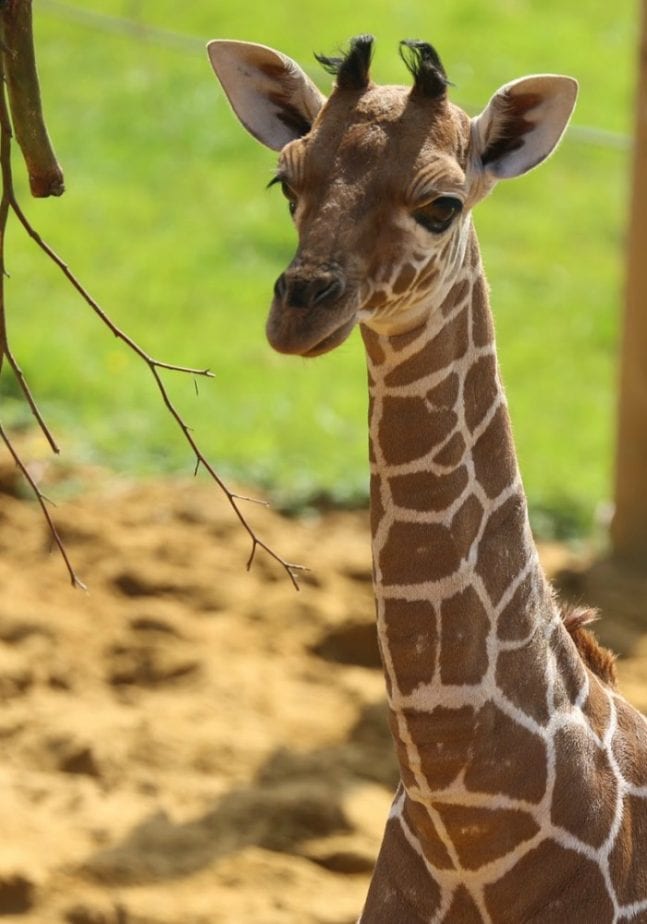 People have started making jokes about giraffes laying eggs to pass the time. Will they be square eggs? Will it be a blue egg is it’s a boy, and a pink egg if it’s a girl? Are the eggs spotted like a giraffe. Yes, uptight people, we are well aware that giraffes don’t lay eggs. After nearly a week of “BABY WATCH 2017,” these are jokes. Funny jokes. Laugh! It doesn’t have to be veterinary class 101 the whole time.

It seems like Momma April has been in labor FOREVER!! Some have even wondered if she is really pregnant. The answer to this is YES, she is pregnant, for the FOURTH time! She may, however, not be quite as far along as we all thought.

April, who lives at the Animal Adventure Park near Binghamton, New York, has been pregnant for 15 months. While she is showing signs of impending labor (staggered walking, movement in her belly, etc), actual active labor has not yet started. Active labor will begin when the calf’s hooves start to make their way out of the birth  canal. From this point, it can be up to an hour from visible hooves to the baby making that dramatic six-foot tumble to the ground.

When this will happen, nobody is quite sure (but, be prepared for it to break the internet). Rest assured, however, she does have veterinary staff at the zoo checking on her regularly. She is being well cared for, and loved by millions!!

I’ll give it to Animal Adventure Park. This was awesome marketing! Put a stationary camera in the pen with a beautiful pregnant creature, and the world goes nuts!! I can tell you, I want to make the trip to New York to see April, Oliver, and the baby in person (in all their giraffe glory)! They are like my own cuddly, giant pets now!!

If you want to be part of “Baby Watch 2017” (some are referring to it as “Giraffe Watch 2017”), check out the Live feed below. But if you want to see it with the hilarious comments, search Facebook Live for the LIVE FEED (make sure it’s not a recorded feed).

Word has it, the Animal Adventure Park is going to hold a baby naming contest after the birth of this 6 foot, 200 pound cutie. I’m pretty sure Princess Amanda Hope Sparkle Hooves  is a winner!

(FYI, this is the actual LIVE feed from Animal Adventure Park’s Giraffe Cam as seen on YouTube)