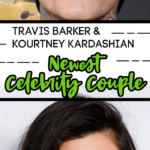 Travis Barker is just about my favorite musician ever.

The Blink 182 drummer is a total badass. Not only is he a freaking rockstar on the drums, quite literally, this dude survived a plane crash, and walked away to tell about it!!

Well, Travis is making headlines again, but this time he isn’t by himself. Apparently, Barker is getting quite chummy with Kourtney Kardashian, and, of course, it’s instant fodder for tabloids everywhere.

According to E! News, the two have been friends for like EVER. They would hang out casually, but things hadn’t really been heating up — until recently.

It seems, the two — who I guess we can now call a couple — were spotted in Palm Springs, California, and sources say they are definitely now an official item.

Now, obviously, I don’t run in the same circles as Kourtney and Travis, but people “in the know” are saying that the couple have been keeping it casual in the dating department since December.

BUT NOW, things have taken a turn for the more romantic, and I’m here for it!

An Insider to E! News

The father of 2 — plus a bonus kid from ex, Shanna Moakler — is a great dad, which Kourtney noticed, and was really drawn to.

He’s an amazing, hands-on dad, and Kourtney loves that about him. They love relaxing at home with their kids, and everyone gets along. It’s going well, and they aren’t putting pressure on it being super serious at this point.”

An Insider to E! News

I LOVE this match up!! What do you think of Travis and Kourtney as a couple?

1.8K shares
Dan Levy Will Be Hosting Saturday Night Live And I Can't Wait
← Previous
Godiva Is Closing All US Stores And My Chocolate Loving Soul Just Cried A Little
Next →
Click here to cancel reply.