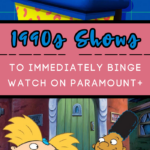 You just might want to go ahead and get Paramount+, because they have the real deal when it comes to all of our favorite shows from the nineties.

We already knew they had the hook up when it comes to the new Rugrats reboot, but there is so much more!

They have just about EVERYTHING we used to run home and watch after school!!

Everything from 7th Heaven, to CatDog (one of my FAVORITES!!), to Where On Earth Is Carmen Sandiego, and even Double Dare!

Hey, just because you are now grown, it doesn’t mean you aren’t a kid-at-heart, and don’t want to rewatch all the good times you had growing up!

Break out those Dr Martens, put on that tattoo choker necklace, and put those butterfly clips in your hair, because we are going back to the 90s.

Shows from the 1990s on Paramount+

The 1996 drama about Reverend Camden, his wife and his seven children was one of the must-watch shows of the decade. The family-driven series launched the careers of Beverly Mitchell and Jessica Biel.

If you were a real ‘90s kid you most likely loved this 1994 animated series, even though monsters-in-training Ickis, Oblina and Krumm probably scared you a little bit.

Adventures of Sonic the Hedgehog

Sonic was the coolest blue hedgehog on your video game console and on your TV thanks to this 1993 animated series. In it, Sonic and his friend Tails, a two-tailed flying fox, fight to protect planet Mobius from the evil Dr. Robotnik.

The 1994 kids sketch comedy series launched the careers of Kenan Thompson, Kel Mitchell, Nick Cannon, and more stars, and it introduced fans to tons of hilarious and memorable characters. It’s also the series that gave the world Good Burger.

Do you remember Daggett and Norbert Beaver? These animated beaver brothers left their parents and were trying to make it on their own but kept running into silly situations in this 1997 animated series.

Are You Afraid of the Dark?

Did the hairs on the back of your neck stand up just from reading the show’s title? We feel you. You probably need to revisit this kid-friendly ghost story anthology series to see if you still get as spooked as you did watching it for the first time in 1990.

Not all animated ‘90s shows were meant to be for children. This 1993 series about a duo of crude but funny friends was a huge hit with both teens and adults during the decade.

This was the ‘90s teen drama series everyone was talking about. See where it all started with Brandon and Brenda Walsh by binge-watching Beverly Hills, 90210 now.

This animated series about half-cat, half-dog brothers was probably one of your favorite childhood series to watch. Not only did it prompt silly questions about animal anatomy, but the show featured amusing animal characters such as CatDog’s neighbor Winslow T. Oddfellow, the many-jobbed Rancid Rabbit and the poodle greaser Shriek.

This 1998 series answered the question: What if all your favorite celebrities and cartoons were made of clay and fought each other… to the death? The show featured claymation versions of Mariah Carey fighting Jim Carrey, Larry King battling Geraldo Rivera and Hanson taking down the Spice Girls.

Clarissa Explains It All

Melissa Joan Hart starred as Clarissa Darling in this 1991 teen sitcom that guided teens through all sorts of real-life and silly situations. Bet you can still remember that super-cool intro where she draws all the credits.

With her heavy bangs, oversized glasses, combat boots and deadpan delivery, Daria Morgendorffer was balm to the soul of alternative ’90s girls everywhere. The 1997 series lifted up artists, nerds and weirdos while poking fun at the high school politics of popularity and traditional family home dynamics.

Marc Summers hosted this trivia and challenge game show for families that featured tons of Nickelodeon’s signature green slime. Nickelodeon has called it “the messiest game show on TV!”

In this 1991 animated series, Doug Funnie navigates life in a new town with his family and his adorable dog, Porkchop. While going on adventures with his friends Skeeter, Patti and Beebe, Doug fantasizes about what his life would be like as a superhero named Quailman.

If you haven’t been able to get this show’s theme song out of your head since it first aired in 1994, it’s time to stream this series again. The educational kids’ show, based on the traditions of the Gullah Geechee people, taught children about respecting other cultures and getting along together.

Move it, football head… on over to your couch, so you can binge this classic ‘90s cartoon about the misadventures of a fourth grader and his neighborhood full of friends. The 1996 series navigates everything from friendships to crushes and celebrates that there are many different kinds of families.

The All That alums starred in their own TV series in 1996. What you might remember best is the buddy comedy’s theme song, “Aw, Here It Goes!” by Coolio. Not only was the theme song an absolute banger, but it was also Kel’s catchphrase after his pal Kenan would come up with some hair-brained scheme. Get ready to laugh and stream this one again!

The New Adventures of Madeline

This red-haired French schoolgirl was a favorite for her bravery and smarts. Madeline, along with her boarding school friends, and her pup, Genevieve, got up to some pretty exciting and educational shenanigans in Paris.

Whether it’s your first time or your 50th time watching this, it might surprise you to know that Ren is actually a chihuahua and Stimpy is a cat. The wacky 1991 animated series followed the unlikely pals through hilarious, and occasionally twisted, scenarios.

This animated Australian wallaby first graced your TV screen in 1992. Almost 30 years later, you can stream this series on Paramount+ and see Rocko, Heffer, Filburt Turtle and the Bigheads once again.

Melissa Joan Hart was the queen of ‘90s television. Not only did she star on Clarissa Explains It All, but she was also Sabrina Spellman, teenage witch. Sabrina, who lived with her two witchy aunts, had to learn how to control her powers and not use them to make her high school life easier.

The animated ‘90s TV series, based on the iconic video game of the same name, brought Mario and Luigi to life. Only true fans of the series will remember Oogtar, the clumsy caveboy.

Where on Earth Is Carmen Sandiego?

Every week you would tune in to help the Acme Detective Agency help track down this red coat-wearing evader on the TV series adapted from the popular computer game. The point of the show was to teach you about geography, history and culture but the animated series was also a lesson in fabulous ‘90s fashion. Say what you want about the elusive Miss Sandiego, but she looked amazing!

You can check out Paramount+ HERE — plans start at just $5.99 per month, and you can cancel at any time.

Hey, it’s worth it to get the chance to binge watch all your favorite childhood shows!

No, we aren’t sponsored by Paramount+ — we are just nineties babies like YOU!! 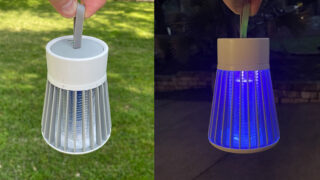 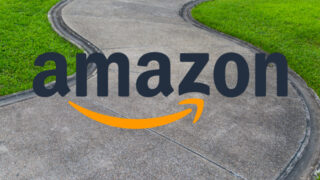 Next
Amazon Devices Are Sharing Your Internet Bandwidth With Your Neighbors. Here's How You Opt Out.
Click here to cancel reply.