My ten-year-old came home from school the other day practically bursting at the seams: “We talked about puberty at school today.”

“The teacher said there are signs it’s starting. Like you start craving chocolate and get moody.”

Inside I rolled my eyes a little. We live in Texas and there’s a pretty good chance the puberty talk ended there. I know for a fact my local high school teaches abstinence-only education and the fact that her elementary school even brought up puberty was way more than I ever expected from them. “What else?” I asked, knowing the answer would probably make me have to bite my own tongue.

“I told her girls grow hair under their arms and get pimples. Then we went to recess.”

I never gave my daughter ‘the talk’. I remember when my mom gave it to me and it was mortifying: I was nine. She came into my room, sat me on the bed and said, “We need to talk.”

It’s never a good thing when your mom tells you she needs to talk to you. My little brain raced through everything I thought she might have found out: About how she might have realized I was spending all of my allowance money on junk food. About how it was really me and not my older brother who broke the lamp in the basement. About the bad words I’d written inside of my dresser (because I wasn’t allowed to say them out loud).

Turned out it was the sex talk. At that point in my life my five-years-older-than-me brother had pretty much filled me in on every single detail about sex that I would ever wish to unhear. It was somehow even worse coming from my mom.

I stared at my legs the entire time, nodded, did my best not to think about the fact that people actually do that to each other, and promised her I had no questions when she was done.

That was that. No more talk, no more anything. A one time deal and I’d survived. Barely.

I’m pretty sure the talk my mom gave me was the same exact talk her mom gave her, and possibly her mom before her. And the truth is, it did nothing. Once hormones and curiosity started to hit, I went to the library to read the books I wasn’t supposed to read, and watched Emmanuel on Cinemax late late at night while no one else was around. I read just the sex scenes in my mom’s romance novels and truly thought that’s what sex was really like until I was old enough to know how very very ill-informed I actually was.

So I decided I was going to do things differently with my own kids. I never wanted to have ‘the talk’ with my daughter. Instead, I’ve been talking to her about her body, puberty, sex, and all things blush-worthy since she was very little. Age appropriately, of course, but I made sure it was never a mystery to her.

And know what? I think that was a good call! Like I said, she’s ten now and has never shied away from asking me questions. More than that, she’s not having to hide her curiosity from me. It’s not like I let her watch naughty movies or anything, but when she told me she wanted to be in the room when her baby cousin was born (water birth, midwife delivery), I said go for it! 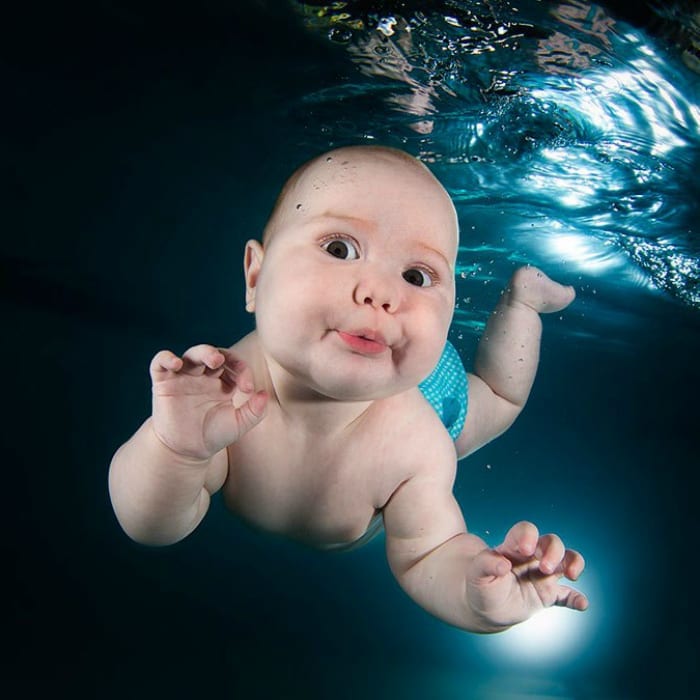 I get that some people think it’s weird for me to have been so frank with my kid about sex. We live in a more religious area and the idea that a tween should know anything terrifies a lot of parents who are in my inner circle. Thing is, if she wasn’t talking to me about this stuff (and she is the one who leads most of the discussions and comes to me with her questions), she’d be asking her friends.

At her age I thought I was pregnant twice: once for kissing a boy, and once because a boy told me he peed in the pool I was swimming in.

My daughter won’t go through any of that nonsense because she knows. More than that, as she gets older I feel as if she’ll be able to make more confident, well informed decisions regarding her own body and who touches it and when.

So it’s fine if you want to give your kid ‘the talk’ and let it be a one time thing, but just know that if your kid comes to my kid and has questions, she’ll be happy to fill in all those things you forgot to say. And that’s perfectly fine by me.

Thank you so much for writing this. This is the kind of relationship I would love to have with my children (son soon to be 8 and 5 year old daughter). Does anyone have any suggestions on how go about it? I never had the talk with my parents and some really bad things happened to me at a very young age. Any help would be greatly appreciated.

I'm sorry you went through some bad things! :( I feel the best thing to do with your kids is remove the mystery of sex. So, for instance, go to the store and buy some age-appropriate books about sex along with other books they want, and give them all to them. Let your kids know they can always ask questions. Start talking to them about their body parts and what they're used for in age appropriate ways. You can also talk to your kiddo's counselor at school to see if there are any books or information they might recommend! The more normalized it is, the less they'll feel a need to experiment behind your back. :) Good luck!

Love the article and the principles behind it. I've done the same with my son who is now 13 and we now have great communication. He asks, I answer. With simpliciy, in all honestly. He knows: no question is off the table, every subject can be discussed. Of course, the conversation has to be age appropriate but he's never been left out in the dark. Of course he gets misinformed through friends and the internet (against my will -- you should've seen his face the day he found out I can know what he watches online) but at least he can always come to me to get things straight. I sure am thankful and glad for that.

I never understood why parents would want their kids to not know about sex. I mean, it's weird and we make weird faces and it's messy, but it's also something almost everyone experiences eventually. Why the mystery? It seems silly to put this shroud of weirdness over something as fun as sex.