Until I moved to Fort Worth, I think I got called to jury duty more often than some people go to the dentist. That’s what happens when you live in a county with more cattle than people. It wasn’t exactly a crime-riddled area, but when you did have a local offender, you had to go through hundreds of candidates to find twelve who didn’t know him.

Mostly, though, the sheriff’s department kept busy because the main route between Mexico and Houston ran through the county, so you’ve got speeding spring breakers, and you’ve got drug traffic.

Which is where I come in. And then the most bizarre thing happened: I was left unsupervised with a crapton of cocaine… 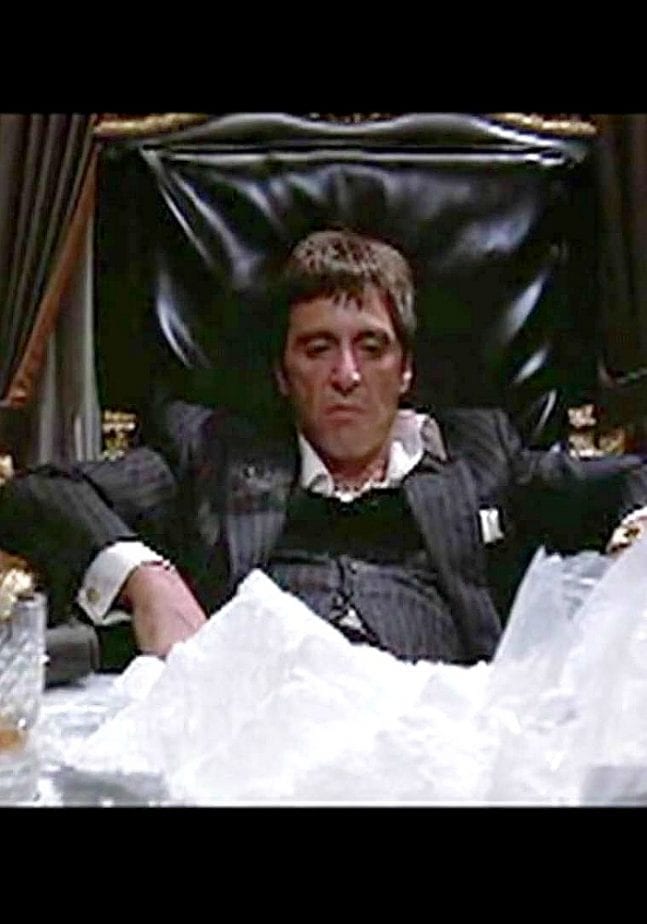 Well, not quite. I’ll summarize the boring parts: Tractor-trailer coming from the Rio Grande Valley to Houston was carrying a ton of cocaine (not literally, but a whole freaking lot of drugs) in hidden compartments. The truck broke down so the owners of “trucking company” came down to get the drug-filled trailer, and blah blah blah deputies, blah blah blah K9 officer, blah blah blah, conspiracy to transport a buttload of drugs.

And THAT’S where I, and eleven of my peers, come in. That is, into the jury box, where we spend our days for the next two weeks.

The drugs come in as Exhibit D. The bailiffs haul it into the courtroom on hand trucks and stack it in front of the jury box. It comes up to the front rail, and it stretches from juror #2 to juror #6. This is not, like, someone’s recreational stash.

Mr. and Mrs. Truck-owner have a fancy lawyer from Houston. He’s polished—nice suit, nice smile—and he does that thing where he says, “I know you’re smart enough to see the flaws in the State’s case,” when what he really means is, “I know you’re thick as two bricks stuck together.”

The thing he’s winking at is a discrepancy in the number of blocks logged in by the sheriff’s office vs the state lab in Austin. That is, the sheriff wrote down, say, 150 blocks and the lab wrote 125. The weight is exactly the same. Nevertheless, Mr. Lawyer is all, “Where did those extra bricks go? Maybe some deputy has a new boat. *wink wink*”

Now.  We might all be rural jurors, Mr. Fancy-pants Houston Lawyer, but if there’s one thing ranchers know, it’s the smell of bullshit.

So, I’m no expert in transporting cocaine. But because this is sitting RIGHT IN FRONT OF ME, I pretty much see the probable cause (ha! See what I did there?) of the discrepancy. Because some of them are wrapped up so that from the side it looks like one unit, but from head on, it looks like two half-size units. This is Lego brick 101, right?

But this is important, and we want to make sure, so when it came time to deliberate, we, the jury, ask to see one of the blocks/bricks/whatever.

Maybe two, if you look at it head on.

Regardless, we’re expecting, like, two cubic feet of cocaine.

Instead, we hear the thump of hand trucks, the door to the jury room opens, and in comes the whole shitload of cocaine.

And I was all…

Because, of course, they have to keep the evidence all together.

And the bailiff’s is all, “Don’t y’all start your weekend early.”

And the twelve of us are still…

Then, I realize, someone’s got to pick up one of these bricks and turn it so we can see both angles.

And this was my brilliant idea.

So, I’m standing there holding twenty-thousand dollars, give or take, of cocaine and thinking…maybe I should have asked the bailiff to pick this up for us. What if just touching this makes my hands smell enough to alert a drug dog. What if I touch my shirt, and then I put it in my suitcase, and then the next time I go through the airport I end up getting pulled out for a cavity search all because I WANTED TO PROVE MY THEORY.

That’s what happens when you’re a rural juror. You and eleven of your peers get left in a room with four-million dollars-worth of drugs.

If you’re curious, the verdict was guilty, and the DA told us after everything was over that the defendants had actually been spending the last few nights in jail because they’d been discovered making plans to leave the country, and by the way, make sure you call the sheriff’s office if you see any suspicious cars or something hanging around your house.

I just prayed the cartel didn’t have drug-sniffing dogs.