Okay, class, say it together with me: global warming is not real! When I was in high school there were all these news reports about how hairspray caused a hole in the ozone layer, but we still have hairspray. Plus, if there was a hole in the ozone don’t you think things would be flying out of it by now? Or into it? I know we’re told to believe scientists and doctors and professionals who study these things for a living, and spend their lives and thousands of hours devoted specifically to studying charts and data, but all of this is just theory. We need to stop freaking out over theories and just admit there are reasons not to believe in global warming. 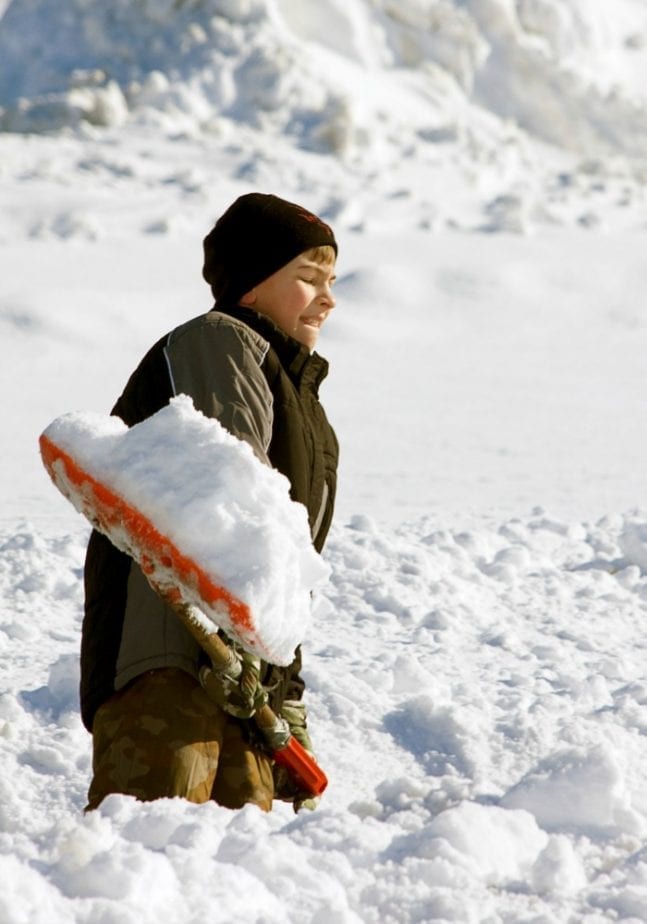 5 Reasons To Not Believe In Global Warming

1. Your stepmom’s uncle’s college roommate is a junior high science teacher down in Kentucky, and he said so on his Facebook page.

Look, no offense to your stepmom’s uncle’s college roommate, but junior high science isn’t exactly the most in depth study of global climate change out there. If you need someone to show you how to make a volcano out of kitchen ingredients, he’s da man, but maybe don’t read so closely into those memes he posts on Facebook.

Sure, sure, I can see why snowpocalypses and brutal winters can make you think global warming isn’t a thing, but you’re mixing up ‘climate’ with ‘weather patterns’ and you’re getting it wrong. Winter happens because the earth tilts on its axis. That doesn’t change the fact that the temperatures globally are measuring higher than ever, and continue to do so.

3. The climate is always changing. This is normal.

Noooo, you’re mixing up weather and climate again. Not the same thing. Not even close.

4. This is all theory and theory isn’t real.

Technically gravity is a theory, too, but I don’t see people just flyin’ around. Evolution is a theory. Relativity is a theory. I get that the idea of believing in theories as a rule can be scary, but you should judge theories based on the data that’s been gathered, not on wild conjecture put out there by ‘seekers’ who believe all science is fake. Without theories we wouldn’t have cars, computers, smart phones, or recyclable plastic bottles in which to carry our water.

5. It’s just fear-mongering to keep people from living their lives.

I always want to pat the heads of the people who say this. Poor little darlings. They say it with such conviction! Like, there’s a secret cabal of scientists out there who are rubbing their little sciency hands together and planning ways to make your life miserable. Bill Nye’s probably their leader. That’s why people send him mean tweets. Sure, driving a different car, or relying on public transportation is a tad inconvenient, but not exactly the end of the world. And changing how we eat to keep our global carbon emissions down might cut into your burger consumption, but it isn’t exactly the biggest deal, either.

Like it or not, climate change IS real. Global warming IS real. Telling yourself it isn’t just to sleep better at night doesn’t change the fact that the way we live is negatively affecting the planet around us. But who am I to tell you how to live your life? Oh, yeah, someone who has to live in this planet with you and who believes what we do impacts one another. But sure, if you want to keep living the way you’re living, that’s your prerogative. Just make sure you invest in some serious sunscreen ’cause baby, it’s getting HOT IN HERE.

You clearly don't know science. The climate does change, not as often as weather, but it has patterns and cycles that have been happening long before fossil fuels, etc. And gravity is a law, not a theory. Oh, and Bill Nye isn't a scientist, he's a TV personally. There are thousands of real scientists (not just middle school science teachers) that will refute the man ade climate change nonsense.

Actually, gravity is a theory, depending on how you consider the word theory. Any basic chemistry or physics class will teach you that. Here's a simple article for you. https://www.quora.com/Why-is-gravity-still-technically-just-a-theory Also, Bill Nye IS a scientist AND a TV personality. Kind of like how Donald trump is the president and a tv personality. ****mind blown***** Bill Nye actually has studied way more science than any of us here commenting on this post, and has done way more experience at than you or I. AND he is considered a full-on SCIENTIST. There may be a few "scientists" who refute climate change but I bought my 6 year old nephew a science experiment set, and the box says he's a scientist too. It's all in perspective.

Bill is an astrophysicist

Yeah I get it, this is supposed to be a satire article (somehow) but it's riddled with terrible inaccuracies. In fact, it's so bad, there's a problem with every single point listed! I'll break them down by point:

1) Nothing is wrong with Kentucky. This may be the most egregious slander of them all

2) The Earth doesn't tilt on it's axis, it's axis is tilted. This is a huge difference. The Earth does not move on an axis in space, it spins on an axis and revolves around the sun. This is the only 2 motions the Earth makes throughout space.

3) Yes, the weather changes, but the climate too also is constantly changing. In fact, this is not disputed amongst scientists. This is the second most anti-scientific error made in the article.

4) Newtonian Gravity was a theory. We no longer accept it. General Relativity is how we can explain gravity now, and it even asserts gravity itself is a fictitious force (the actual force of "gravity" being the acceleration of a body through curved spacetime). This is the most anti-scientific error made in this article. Very funny how the author knows Relativity is a thing, but clearly has no understanding of what Relativity is, because if she did, she would have not even bothered to mention gravity and relativity as if they were separate explanations. Pick one.

5) Saying Bill Nye getting mean tweets does not disprove, in any manner, that global warming is not fear mongering. In fact, it isn't scientists who continue to assert the issue of global warming, it is politicians, environmentalists, and the media. Notice how every time it is brought up, money is the next words out of the peoples mouths who bring it up.

Author, I get that since you're trying to write a satire article, you must stray a little off the path, but your smugness has diluted reality so much to the point that you aren't even making coherent or logical points, even under the guise of satire.