I am going to tell you the true story of how I was the most gullible child ever. And about how my family tricked me into believing the “Falling Rock” sign was actually a missing child sign… 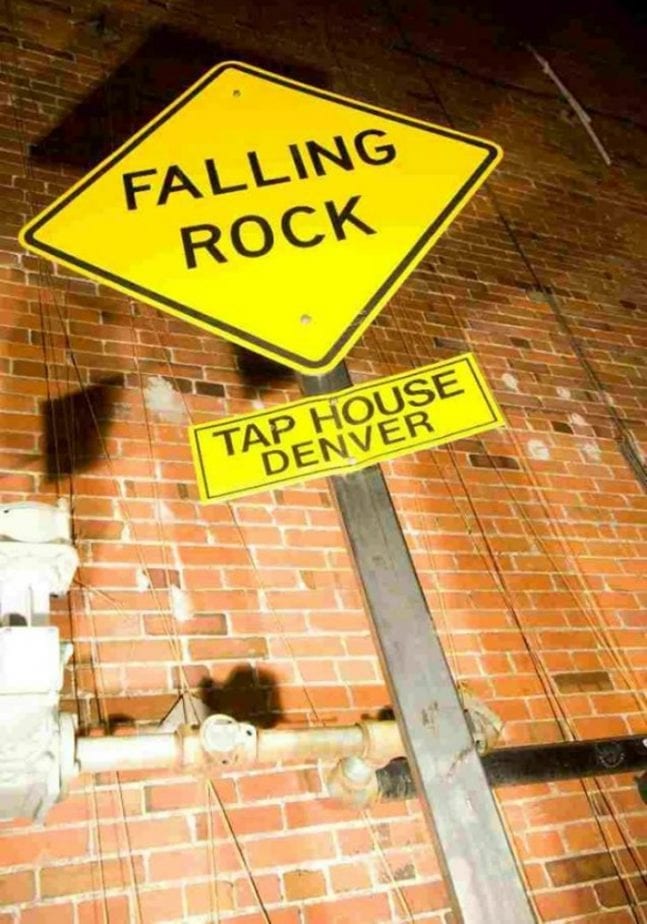 They found him. Apparently he owns a brewery in Denver…

Once upon a time there was a young lass who lived in the California mountains with her parents and two younger siblings. She had been the passenger in the family vehicle while they did their daily mundane errands: going to school, the grocery store, ice skating, etc.

One day she noticed that every few hundred feet, along the outter rim of this mountain, were traffic signs that read FALLING ROCK.

For those of you who live in, what us mountain people referred to as, the flat lands, signs in mountainous, rocky regions that read FALLING ROCK or BEWARE OF FALLING ROCK are not uncommon. They simply mean, watch out for rock slides that may overtake your car and send you careening over a mountain cliff. No biggie.

The young girl in our story, who had nothing to do but watch out the window as a passenger of a vehicle (This was before electronic devices, smart phones, and even dvds. We actually had nothing to do but watch the world around us) had just moved to the mountains. She was but 10 years of age, and was not up on the street lingo. She did not yet know about rock slides or weird street signs. She trusted, without question (like the gullible child she was), everything her parents told her. As a result, she believed her father whole-heartedly when he told her the following story:

Many years ago, there was a boy who wanted to prove it was his time to become a man. He wanted to show that he deserved to hold a high status in his fellow tribe of people. He gathered his things, kissed his mother goodbye, and with a hearty handshake from his father, set off, with a bow and arrow as his only weapon, into the woods to claim his status as a man. He was to live, by himself, off the land for a month, at which time he would return to his tribe, and be granted the status of Warrior Man. Unfortunately, he was never heard from again. His name was Falling Rock. To this day, his descendants put up signs in his honor, hoping that one day Falling Rock will return. 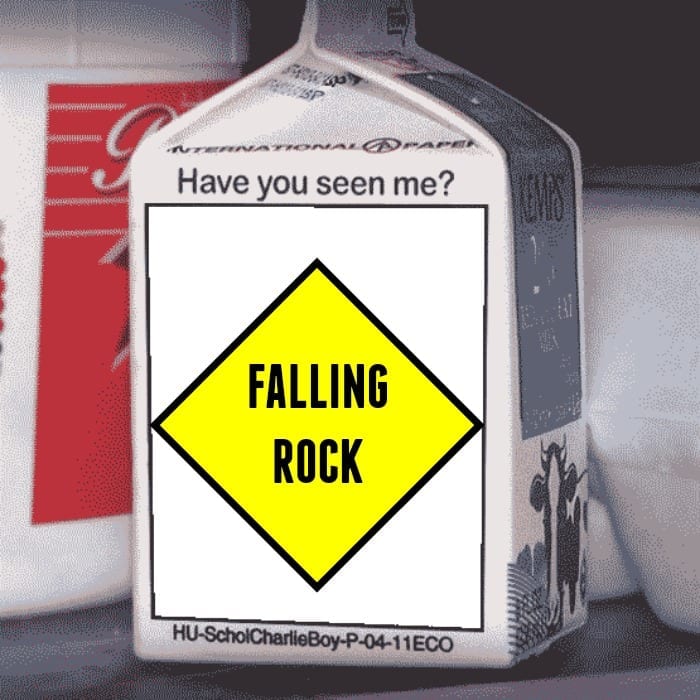 The girl was devastated. How awful that this boy had gone missing! His family must have been frantic in their search for him. She watched for every Falling Rock sign, and prayed he would one day come home to his family.

Fast forward six years. This girl was now living in Texas, and was on a school retreat with a group of students and a chaperone. She was looking out the window of the bus when she saw it:  a sign that read Watch For Falling Rock. She was so excited! It had been years since she’d seen a sign, and she thought his family had given up!

It was as the words were exiting her mouth, in what felt like slow motion, she realized her father had played her like a fiddle. “Look ya’ll (We lived in Texas. That’s what you say.)! Falling Rock!! They are looking for him here, too!!”

The kids in the bus just turned and stared, blank-faced, and a bit confused.

I (Yes, the girl in the story is me) scootched down in my seat on that bus to wherever we were going. I was red-faced, and a bit embarrassed. I knew at that moment, I was, in fact, the most gullible child ever.