So, I have a good twitter friend, Gwen Hayes. She’s a total sweetheart, and the kind of writer I strive to be. Earlier today she got into a little twitter battle with Scott Baio. Oh, you don’t remember him? Here, let me refresh your memory: 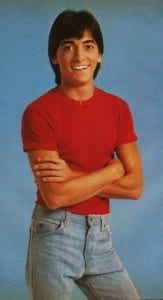 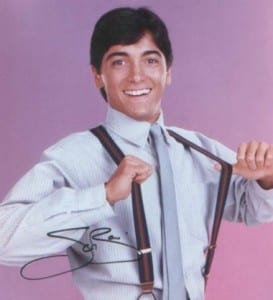 Now, I’m not going to lie to you people. When I was in middle school, and he was yukkin it up with his crazy best friend on the late eighties sitcom, Charles in Charge–I had a little crush. What? He was a cutie… 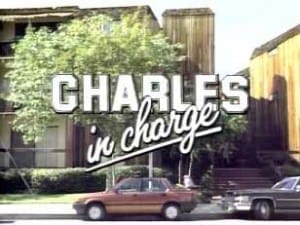 But now, he’s on twitter. And–he’s a little opinionated. He started ragging on the president. 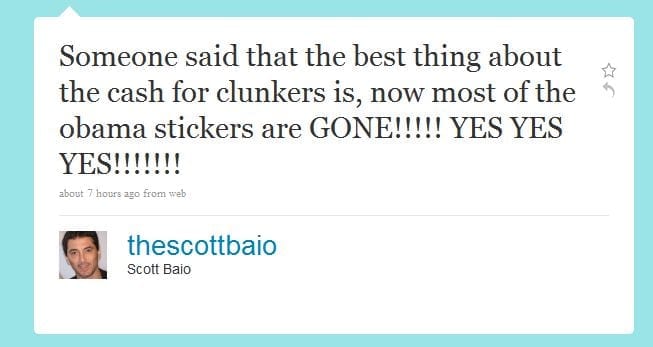 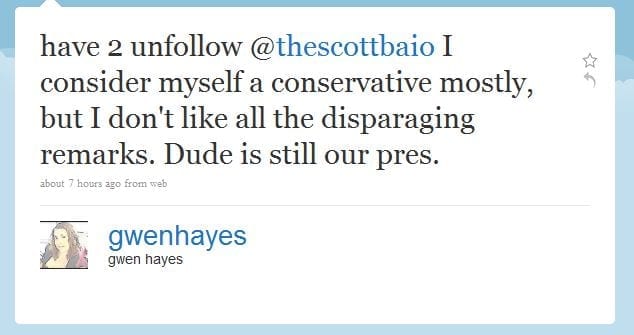 And, so he responded:

Then he blocked her. How sad is that? Everyone’s sixth grade crush blocked a fan. Ouch. I guess he just isn’t that in to the whole ‘being cool to his tweeps’ thing. But, I’m super bored a good friend… so I stuck up for her: 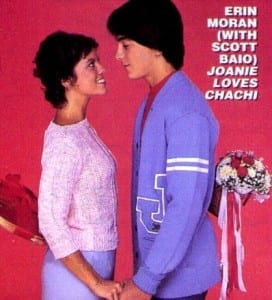 He Dm’d me! He actually sent me a direct message. When I opened my email program, I saw this:

Wait, what? Scott Baio sent me a direct message on twitter? Oh for cripes sake! I had to read it! So, I opened up my twitter page and in one fell swoop, my childhood was crushed. Turns out Scott Baio is a crochety old douchebag.

He lives for family and GOLF? He equates an activity where you stand around all day and swing a titanium stick at a tiny ball a few times to his FAMILY? Wow… I guess it’s true what they say about those childhood actors–they really do go nuts.

Way to ruin it, Scott. Maybe you could call Kirk Cameron and have him pee all over my eighth grade feelings for him, too.

Want to read the rest of this story? That’s right, it doesn’t end here–Scott Baio continues his douchebaggery in Part Two, and Part Three.

I just read about Scott's wife Renee calling people lesbians then throwing a few choice profanities in for good measure. These two are a match made in heaven, or hell, depending on how you look at it. I'm pretty disgusted by Scott's "better than you" attitude. So the poor boy had to pay his taxes then decided to go on a tangent. Now he just doesn't get why people are turned off by his lack of insight because you know, it's all about him, not any of us, just him. Oh and golf. I still follow him though because I'm really looking forward to seeing how much of an ass he can make out of himself in the future, cause I need a laugh sometimes.

Geez.. What a jerk. Too bad scottbaioruinseverything.

@Terry C, haha I'm guessing she did it for the love of her high school crush :) little did she know...