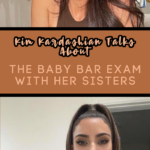 Kim Kardashian has failed the baby bar exam we know this; we also know that the famous celebrity has taken the failed score very hard.

In a recent clip in ‘Keeping Up With The Kardashians’, Kim debated with her sisters regarding when she should retake the exam due to her busy schedule with the kids, the finale of the show, her birthday etc.

“I am a failure,” Kim said in the short clip. “I spent six weeks straight, 10 to 12 hours a day, studying and it was so important for me to take this. And to not pass gets your spirit down and just makes you want to give up.”

However in the same clip, her sisters show Kim support as Kourtney tells Kim that dad would be proud and Khloe pursues Kim to retake the test.

According to E! News, the clip of Kim telling her sisters she failed her exam was filmed in October of last year.

Since Kim explained that she had an opportunity to take the baby bar exam again in November while also considering retaking the test in June alongside the show finishing filming in January, fans are curious of whether or not Kim has passed the exam the second time around. 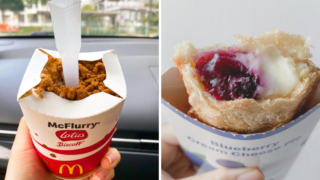 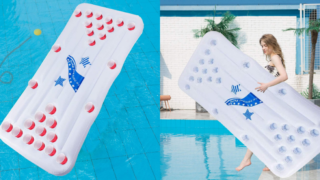 Next
This Beer Pong Pool Float Is Everything You Need For The Ultimate Adult Pool Party
Click here to cancel reply.