I am not a big traveler. I prefer the comforts of my own home, with big comfy couch and my perfectly positioned laptop table in front of my personally selected DVR television. But, my parents have been spending most of their time in Miami because of my dad’s job and my daughter really wanted to see what they were up to out there, so we packed up and flew out to Miami for the family vacation. 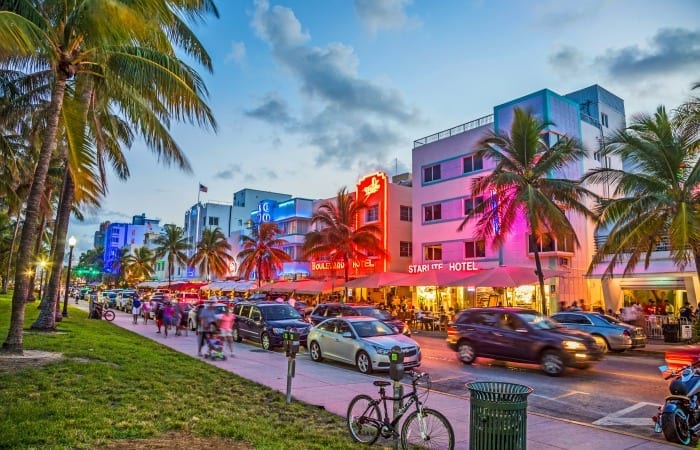 We had a total blast. We fed monkeys, swam with sting rays (not actually on purpose, they just came to visit us on the beach after the storm), saw actual crocodiles in the wild, and even went fishing. It was a great family vacation, and I am so glad we did it. It has opened my eyes to the possibilities of traveling with a child, and I discovered that it wasn’t actually all that difficult. We will definitely be doing more traveling in the future.

Miami totally opened my eyes to a different culture, and it was completely unexpected. Everywhere we went people were speaking Spanish. Now, I live in Texas-so I am no stranger to people speaking Spanish or anything, but this was different. It was everywhere. It was almost like English was the second language down there. It was really neat to see the different aspects of the Cuban culture and how they affected Miami. You saw it in the architecture, the housing designs, the clothing, and expecially the food.

I am very naive, and I just assumed that everyone in America was the same as us redneck folk here in Dallas. I thought we all kind of spoke the same language and did the same things, but there was salsa music coming from the live bands at the mall, and even at the BBQ restaurant in the Everglades, we were one of vey few English speakers.

I am not saying this is a bad thing at all. I actually thought it was REALLY cool to see a different culture like that only a short plane ride away. I hope that my parents continue to spend more time there so I can take my daughter again and again. I want her to experience the richness that Miami has to offer.

Florida is such a diverse state, and Miami is a world unto itself!

I have never been to Miami. But when I was young, my family went to Florida often. Mainly to get away from the cold winters in Illinois. It was all that fun and more! Some of my happiest childhood memories come from there. Just wanted to stop by and give you a big welcome to teh SITStahood! We are so glad you could join us and hope to see you around!