When I shouted out for a random blog topic last week, I got several responses, but leave it to the ever fantastic Scott Tracey to come up with the fun one.

He’s concerned–and well he should be–about how high school mascots can screw with a teenager’s psyche. So, as someone who is highly qualified*to analyze this problem, I thought I’d help him out. 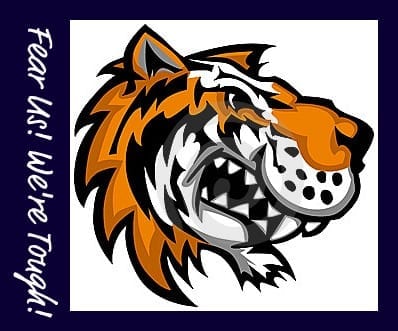 This mascot type is the most popular. People love it because they get to be all strong and scary. Their mascots function as they should, to intimidate the other team. The problem? Well, people with this sort of mascot tend to be boring, they don’t have much school spirit because–why would they? There are thousands of other “Tigers” out there, and where’s the fun in being just like everyone else?

At what point was a school board sitting around deciding mascots when the idea of offending an entire race came up, and then was approved? Indians aren’t a mascot, they’re freakin’ PEOPLE–that’s a nationality, not something you dress up in a big giant foam head and pretend to be. And then of course, there’s the other end of that, The Rebels–something that white supremacists have taken to mean down with everyone else. I don’t know about you, but when I’m thinking school spirit, I am not ALSO thinking whites FTW! Sheesh–how do these types of mascots even exist? Aren’t they just perpetuating the prejudices in the students of the school?

This is definitely my favorite. Kudos to these schools for going against the grain and trying out something a little different. Hopefully these students will embrace their kooky-self and just roll with it, otherwise, they’re looking at a high school career chock full ‘o embarrassment–and no one wants that.

What is it about bugs and nasty insects that make them a good mascot? Sure cockroaches can probalby survive a nuclear apocalypse, but does that make them worthy of being the face of your school? What? Is your school going to sting the other team? Unless their allergic, and you have big plans to put them into anaphylactic shock–that doesn’t even make sense!

Because nothing says Go Team like something that doesn’t actually exist, right? At least these kids are getting an education in the paranormal–as a writer, I think that’s pretty awesome. I sort of want to go back to high school again, just so I can tell everyone I’m a HODAG!

Now, I have to know–what does YOUR high school mascot say about you?

*In that I am not qualified at all. 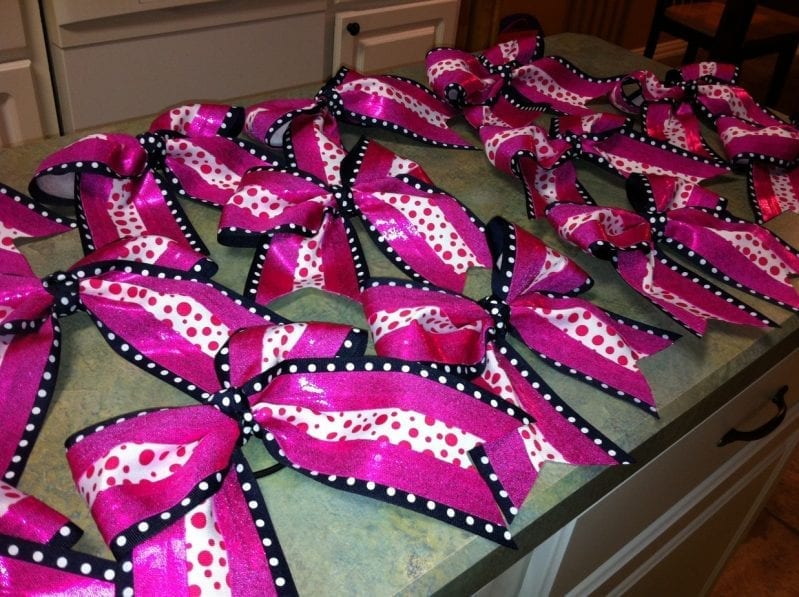 Next
How To Make a Rockin' Cheer Bow
Click here to cancel reply.

Nice post! There are some strange mascots here in Utah. For example, Beetdiggers and Pioneers. (Fortunately, I was not one of those!)

FYI, when the NCAA was making their big push a few years ago to get college teams named after native americans to change, the leader of the Ute tribe (my alma mater is the University of Utah Utes) said he (and the rest of the tribe) wanted the school to keep the name Utes because they felt it was more a tribute to them than an insult.

I was a Spartan in junior high, a Trojan in high school, and then a Trojan again at USC. It got pretty boring. But on the happier side, my brother to a USC, too. Only he went to the other one, so he got to be a Cock. It's technically Gamecock, but everybody just says Cocks, and that's what's on the shirts/shorts/hats/etc. "Go Cocks!"

I never thought of a high school mascot affecting teenagers but you have a point. Teenagers are like sponges, everything affects them in some way. Interesting post!

Hey, did I see you walking your girl out of the school? Did y'all go ahead and start there after all? If yes, who is her teacher?

Not stalking you, just happened to have windows down in pickup line yesterday.