It’s officially fall. Okay, so in some places it doesn’t feel like fall. We’re still weathering 90+ degree days here in Texas, but the leaves! They are falling. Cold weather is in our future. And that means fuzzy boots. Hoodies. Obsessively checking the weather app to see if the temperature is dropping anytime soon. And chai lattes… Yes, I said it. Move over pumpkin spice latte, chai latte season is coming!! 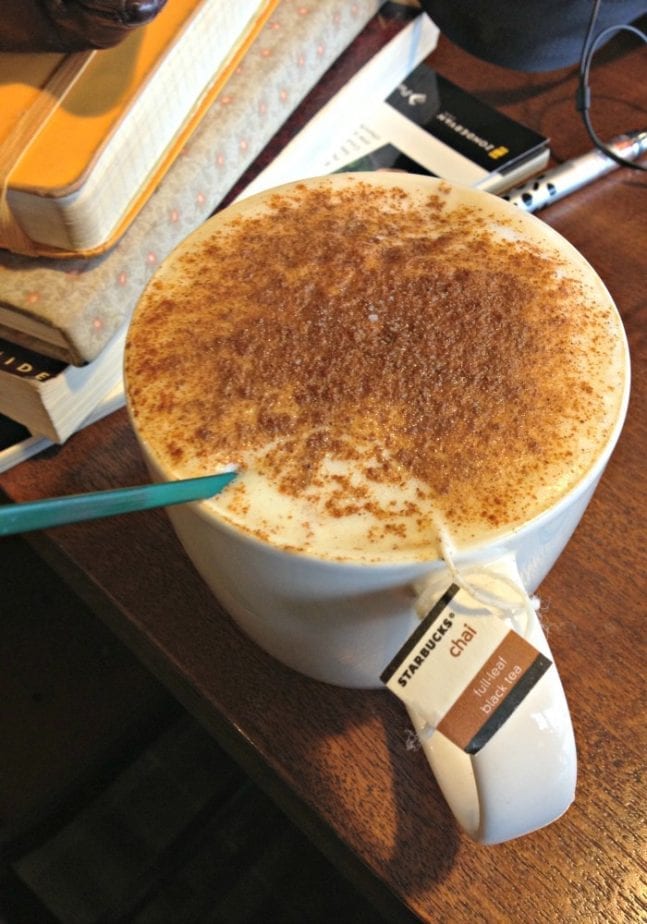 Yes, I know pumpkin spice latte is like the official basic white girl drink, But I’m here to tell you why you should skip the pumpkin spice next time and try a chai.

Now, you’ve probably heard the word, but do you know what it is? First, can we agree to stop calling it chai tea? Chai literally translates as tea, so if you say chai tea, you’re saying tea tea.

The foundation of chai is a good, black tea. From there, depending on your brew, you’re looking at an additional mix of spices including but not limited to: clove ginger, black pepper, cardamom, cinnamon and fennel. And yes, you drink it in a yummy, feel good mix!

Based on the ingredients alone you can probably guess at some of the reasons why chai’s not just yummy, but can potentially be good for you.

Chai can help with nausea!

Seriously. Ginger, one of the common ingredients, is a staple home remedy for upset stomachs and motion sickness. As someone with a very weak stomach, I latch onto anything that tastes good and makes my stomach stop with the funny business. I mean, what’s better than drinking something tasty and feeling better?

Chai is high in antioxidants!

Did you know that the antioxidants in tea can help fight heart disease? Antioxidants fight off free radicals that can cause cell damage. 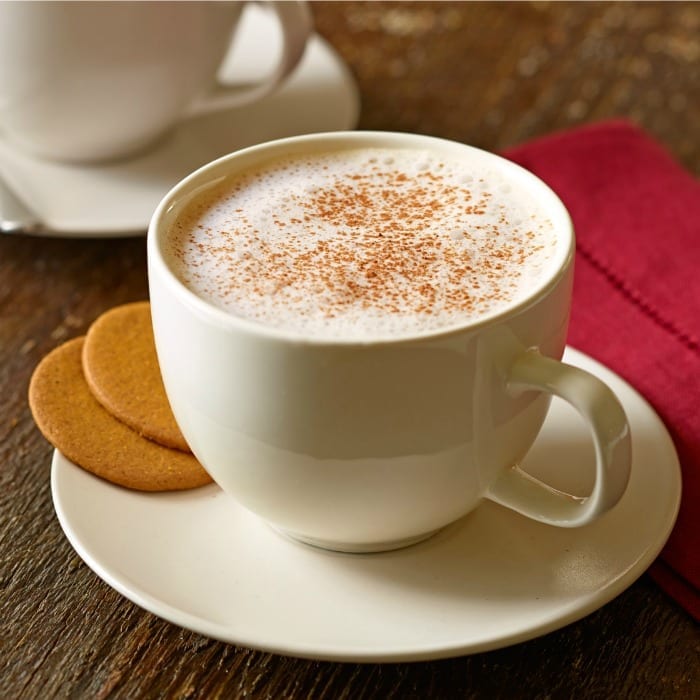 Chai can assist in anti-inflammatory efforts!

Several of the ingredients of chai are considered to be anti-inflammatory supplements. Combined together, they’re an inflammation fighting knockout! Clove, ginger and cinnamon have all been used for fighting off inflammation. Ginger shares a lot of the same properties as your over the counter iburofen.

Chai can help with digestion!

Many of the ingredients in chai help with various issues, but there’s something special about the combination of the standard chai recipe that specifically helps your gut, and specifically your pancreas!

Like with everything, you can do too much of a good thing. Chai on its own is a yummy, kind of healthy beverage. Stay away from dressing it up too much, adding sweeteners and too much of a milk (or milk supplement) liquid.

Okay, now you’re probably like, “It’s fall. Bikini season is over. I’m letting myself GO!” And, yeah, that’s an option. Totally an option. And I’m all for it. But think about it: would you rather waste those extra calories on a venti pumpkin spice latte that has the equivalent amount of sugar and fat as two Snickers bars, or would you rather have a spicy fall drink AND get to eat a Snickers bar on the side (and still have about 100 calories to spare)? I mean, I don’t know about you, but I’d rather have both! 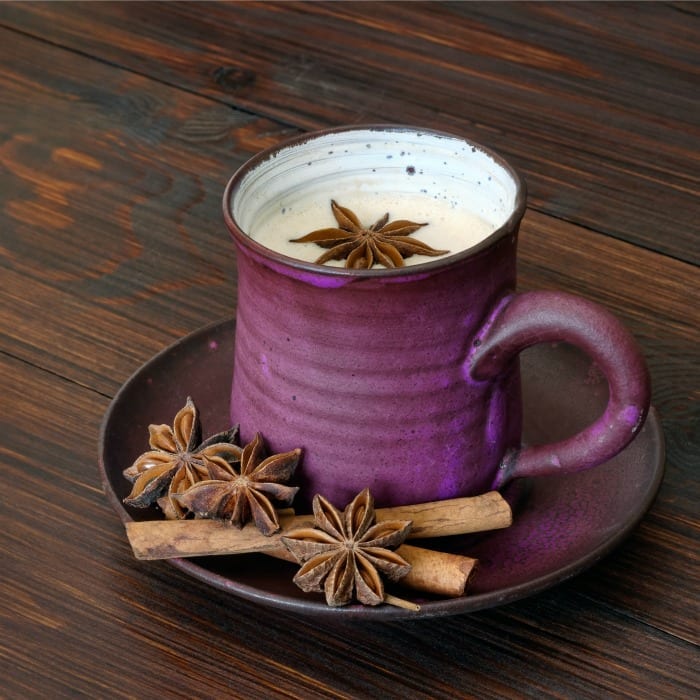 Here’s the best part: if you’re tired of waiting, I’ve got a Copycat Starbucks Chia Latte recipe for you right here! I mean, sure, if you want to wait for Starbucks you can, but with this you’re only a few minutes away from your favorite spicy fall drink!

What you need to make Copycat Starbucks Chia Latte: 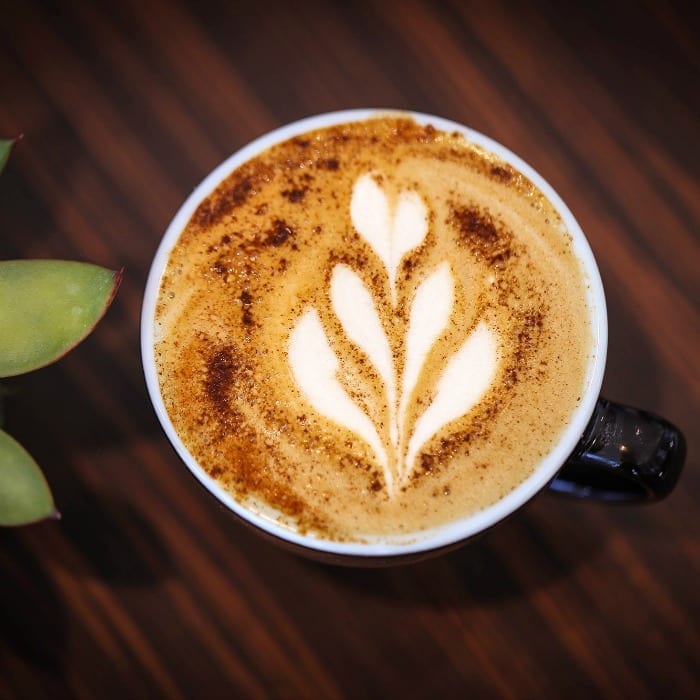 Combine the water and all the spices in a medium sauce pan and bring to a boil, stirring frequently.

Turn the heat down to med-low and let simmer for five minutes.

Remove from heat and add in the black teabags, and maple syrup (stir), let steep for another five minutes.

Filter tea base into a container to save for later (up to two weeks).

In a medium saucepan, heat the milk and maple syrup until just boiling, stirring the entire time.

Remove and use a hand blender to make frothy.

Combine milk mixture with 1/2 cup tea base in your favorite mug.

Garnish, sit back, and enjoy! 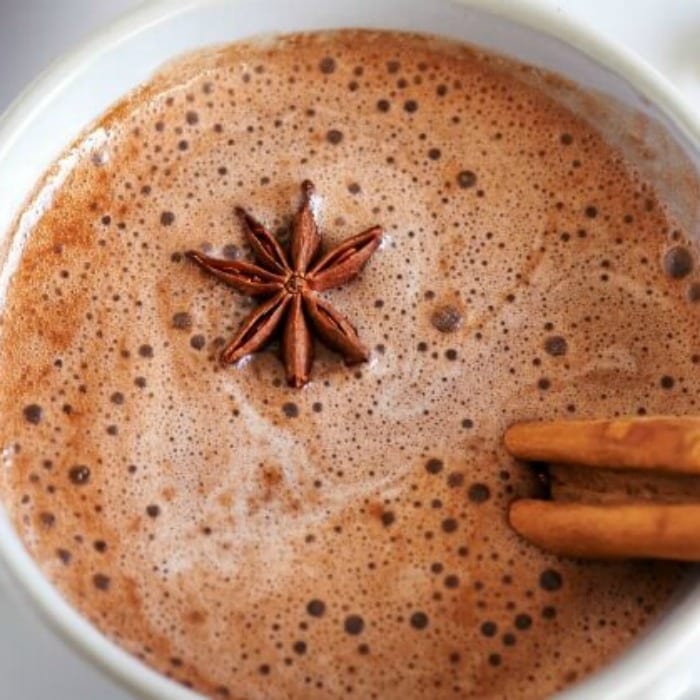