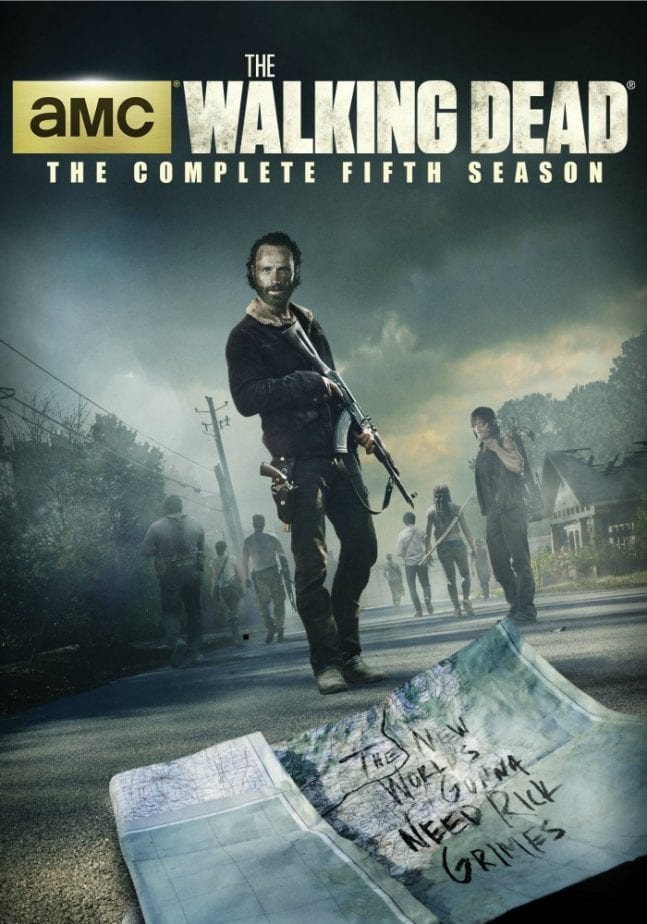 Everything That Happened On The Walking Dead: Season 5

Don’t have time to read? Here’s the trailer to get you started!

Carol and Tyreese capture one of the guys from Terminus outside of a small cabin they found on their way there. They find out the plans, and Carol goes off to be bad and save them all! Just when you think Glenn is about to bite the dust (no pun intended), Carol blows the place up. This episode is so amazing, and I’ve watched it over 15 times. 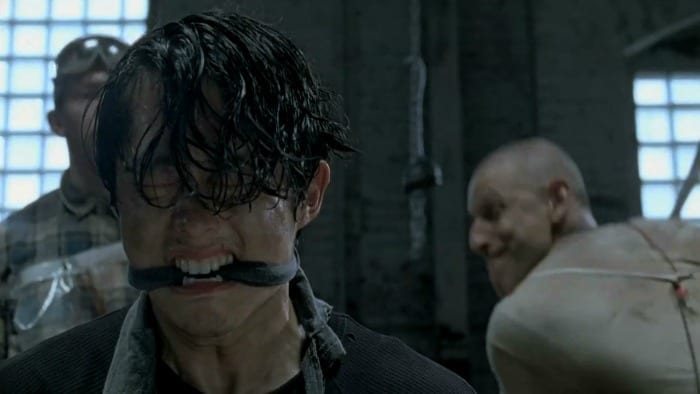 After Rick and the group escape from Terminus, they come across Father Gabriel and save him from walkers. Father Gabriel takes them to his church for refuge, but Rick doesn’t really trust the shady-acting Father. Bob is capture by survivors from Terminus, and they eat his leg, but they didn’t know he was bitten. Daryl follows Carol trying to pack up a car, but immediately both run after a car that took Beth.

Episode 3 “Four Walls and a Roof”

Rick confronts Father Gabriel as being a part of the Terminus group and wants to know what he’s hiding, and he tells Rick that he let his parish die with the church locked up tight. From there, Rick sets a trap for the Terminus people and slaughter them…saving the bullets. Rosita, Abraham, Eugene, Glenn, Maggie, and Tara move forward to Washington. 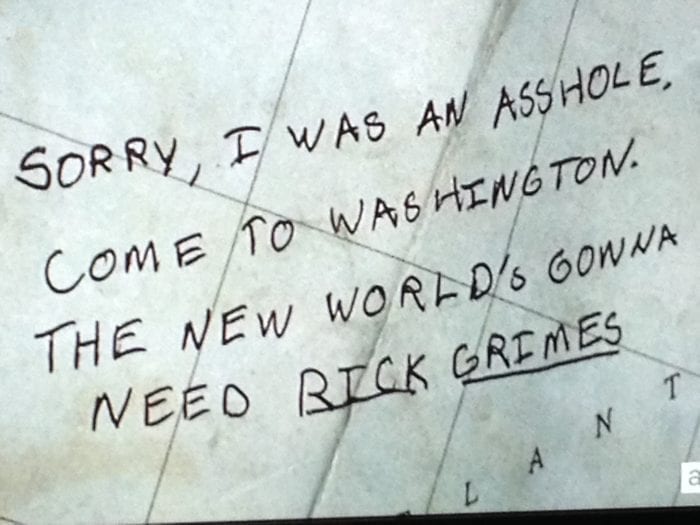 Beth wakes up in a hospital, and is trying to figure out what’s going in life and how she got there. She soon realizes that the “patients” are forced to care for all of the cop’s needs. They are the end all be all, regardless of anything. She meets Noah, and the two become thick as thieves. They plan an escape to where Noah escapes, but Beth gets caught and is forced back to the hospital. As she she makes her way back, her heart skips a beat and sees Carol being brought in on a stretcher. 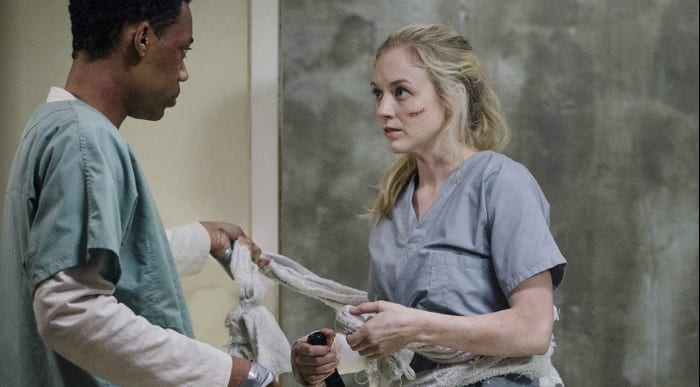 This episode seriously made me clench my heart. I think I stopped breathing for a few minutes. So, Abraham and his group are on their Journey to get Eugene to where he needs to go to with the cure, and the bus breaks down (thanks to Eugene). While Glenn and Abraham argue about what to do after finding a fire engine to drive, Eugene blurts out, “I’m not a scientist. I don’t know what the cure is! I’ve been lying form the beginning.” With two little sentences, the whole world hated one man. Abraham dropped to his knees and went into some catatonic state of being. 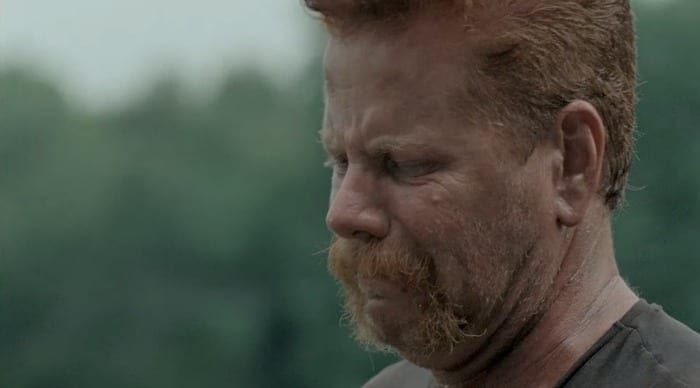 We finally get to learn why Carol is taken to the hospital on a stretcher! Come to find out, Daryl and Carol followed the car to the hospital, and we go deeper into their relation and discussion about life and mortality…about who they’ve become. While finding Beth, Noah takes their weapons and runs. Carol and Daryl come across his path again, and regain their weapons. After Noah tells them Beth is there, the three try to escape from the cops; Carol is hit by a car and taken to the hospital. 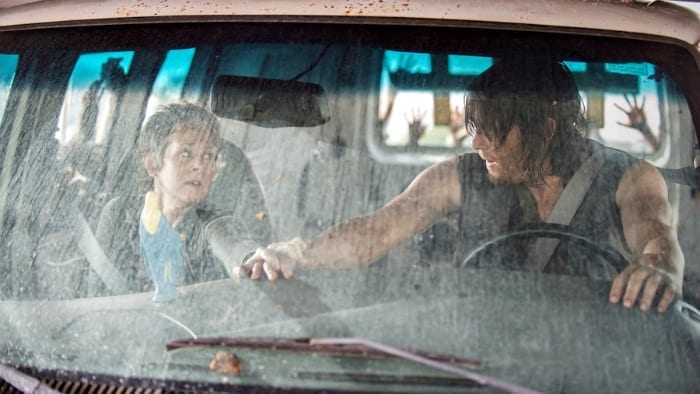 Dawn, the main person in charge, tells Beth that Carol isn’t worth saving…she’s a lost cause. Beth goes against it all, and steals medicine to administer to Carol that winds up saving her life. Daryl decides to take Noah back to the church with Rick and the others waiting to let him know what happened to Beth and Carol. Rick’s plan is to capture other patrolmen to trade for the ladies. So it’s back to Atlanta we all go! 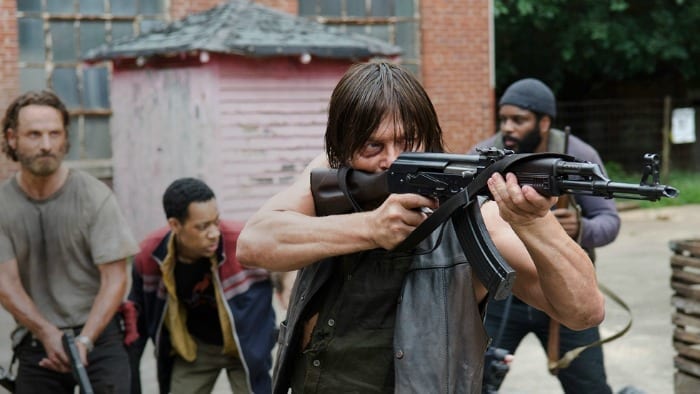 Father Gabriel just isn’t making many new friends at all with the group. Somehow, while on a walkabout, he leads walkers back to the church! His ONLY saving grace is that Abraham and the others came back in time to fight off the walkers and save Carl and Judith. As if tensions couldn’t get any higher, Rick and the group are in the process of bartering for Beth and Carol. In the middle of the trade exchange, Beth confronts Dawn and stabs her with hospital scissors, and Dawn instinctively shoots her gun…and the bullet went through Beth’s head. It’s as if the world stopped moving, and everyone stopped breathing. Daryl carries her limp body out of the front door of the hospital, where the rest of the group meets up with them and the expression on Maggie’s face killed our very souls. 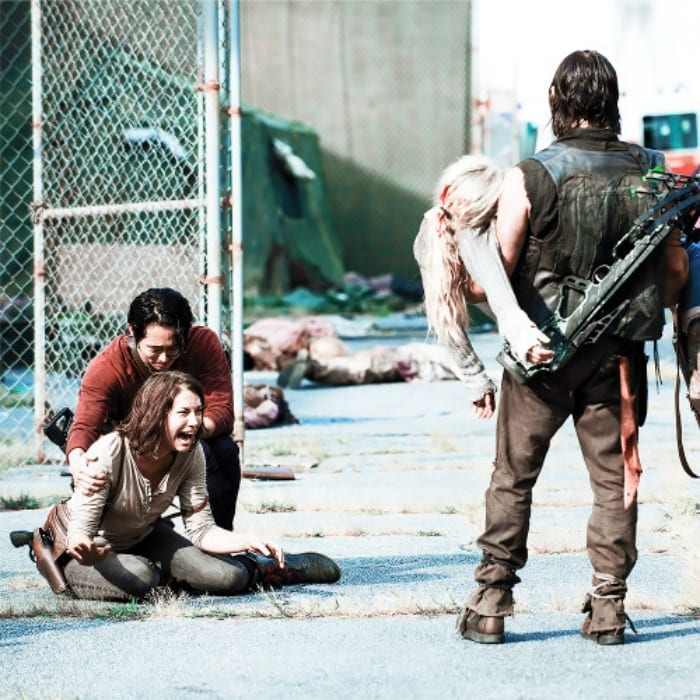 Episode 9 “What Happened and What’s Going On”

While the group journeys on in life and mourning of Beth, along the way Noah states to stop at his community as he insists that it’s safe. When the get there, the scene states otherwise. Everyone is dead. Noah runs to his old house with Tyreese by his side, and Tyreese gets bitten while protecting him. Michonne cuts off his arm in hopes that it will save him, but it doesn’t. Another death that saddened the hearts of millions. 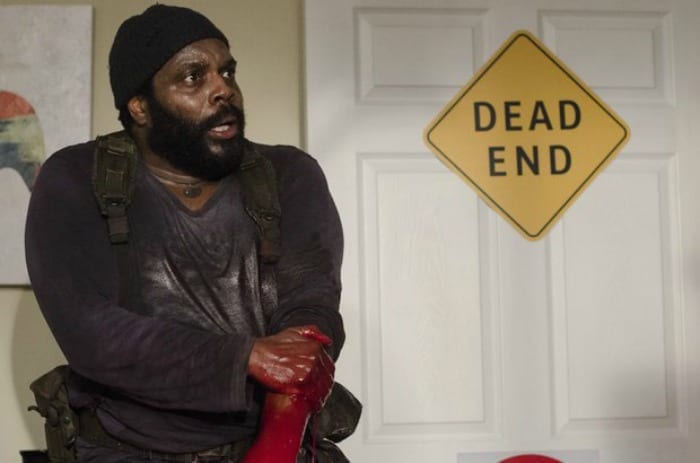 Rick and the group have no vehicles, and are walking for miles on end to D.C., and are searching everywhere for water and food. After fighting off a horde of walkers, their exhaustion shows. They find a small gathering of water bottles and jugs left for them with a note. Daryl leads the group to a barn he found for shelter against a storm that’s brewing. Little did they know that a tornado was going to come through with walkers at the helm of the barn door. The next day they meet Aaron. 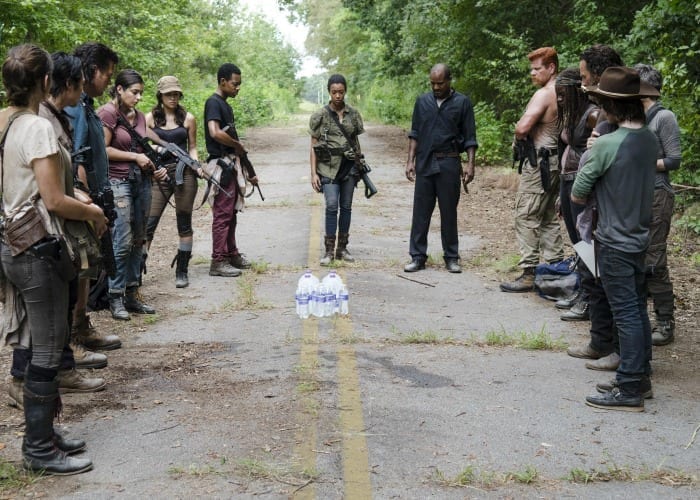 Aaron explains who he is and where he’s from. He’s been stalking them to have them “audition” to be a part of Alexandria – a safe community. Rick ties him up and makes him eat applesauce meant for Judith, just to test it out and make sure it isn’t poisoned. Thanks to Michonne, they decide to go Alexandria to see what type of life awaits for them. 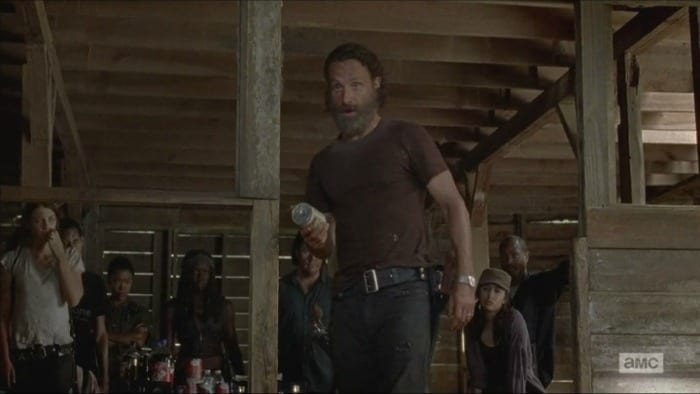 Alexandria is peaceful, gorgeous, and it’s freaking everyone out: homes, hot showers, a community that is ill-prepared for life against the walkers. Rick tells Carol to be prepared in case they have to take Alexandria over to protect themselves. RICK ACTUALLY SHAVED, Y’ALL! Hottie alert. 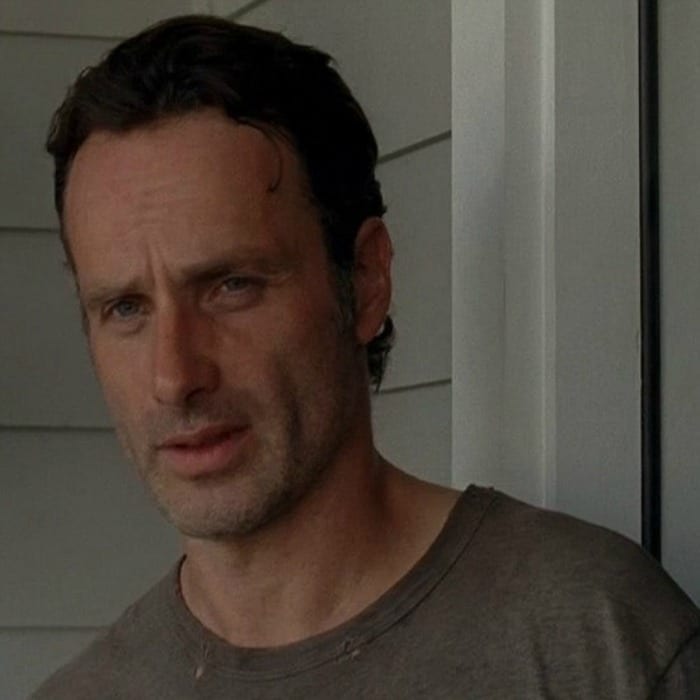 Rick, Daryl, and Carol are keeping everyone in the community at arm’s length and not fully allowing themselves to settle in. They don’t trust anyone, especially with what they’ve been through. Sasha is going through some kind of mental break down since the loss of Bob, and she shows this at the “party” thrown for them. She’s somehow punishing herself. Carol scares the crap out of little boy, Sam, while trying to take weapons to stash. 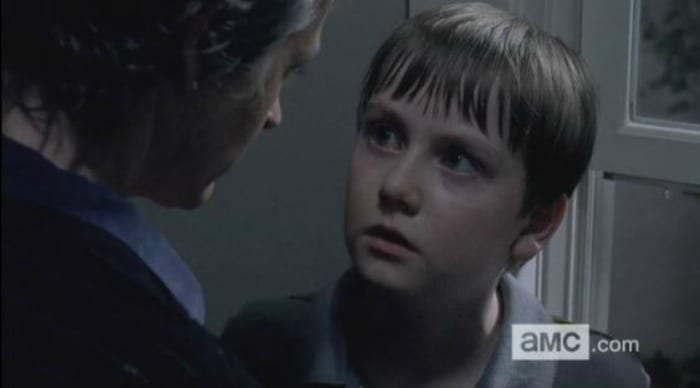 Everyone is starting to settle more into Alexandria. Even Abraham is now in charge of the construction crew. Unfortunately while a group of people went to scavenge for parts to repair solar panels, Noah and Aiden (Deanna’s son) die. Father Gabriel stabs Rick in the back by talking bad about him to Deanna. That snake! 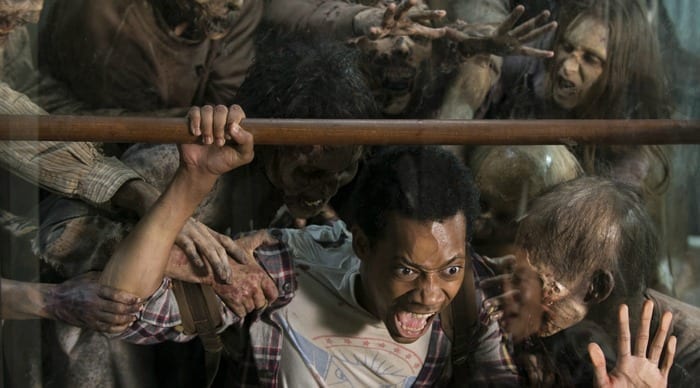 Deanna is trying to discover the truth about what happened and why Noah and Aiden died. Of course, we all know that Glenn is telling the truth. After this happens, Rick causes a huge commotion in middle of town and forces Michonne to knock him out before he makes things worse. Carl is forming a huge crush on fellow-teen, Enid, even though he still doesn’t know what she’s about just yet. 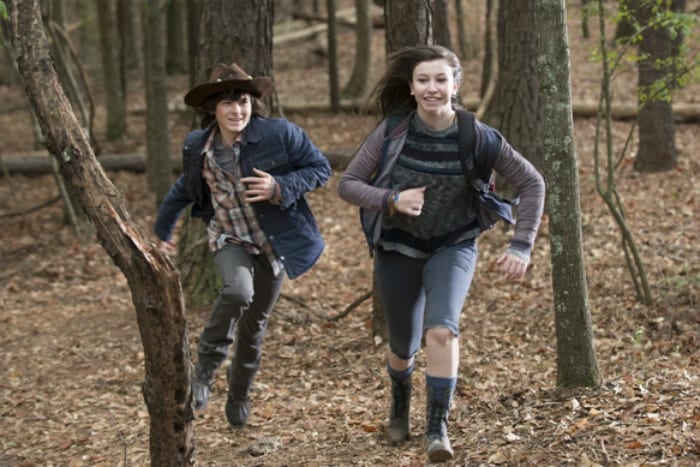 Just as everything is coming to a boiling point, Deanna holds a town meeting to discuss Rick’s actions, and to see where everyone stands in if they should exile him or not. Along Daryl and Aaron’s journey of finding other survivors, they come across Morgan and learn about a group called the Wolves who plan on attacking Alexandria. Shortly after the meeting starts, Rick notices walkers roaming around…with all the special thanks going to Father Gabriel for not fully closing the front gate! Rick rounds them up, and brings a dead walker to the meeting. Pete is on a mission to kill Rick at the meeting, but he accidentally kills Deanna’s husband with Michonne’s sword. Deanna stares at Rick and says three words, “Rick…do it.” Rick turns around and shoots Pete point blank. Good night, Pete. 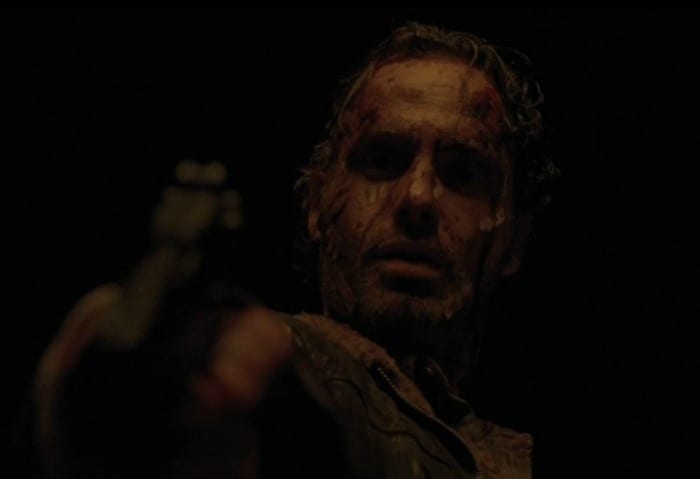 Need to see it all for yourself? Grab The Walking Dead Season 5 on DVD!