If you follow the Royal Family you’ve probably heard that Prince William and Kate Middleton welcomed their new baby son this past week. You may also have noticed just how quickly she seems to have bounced back from the birth. Many speculations have circulated and even memes are sweeping the web. I know I have about a million questions but here is The Real Reason Princess Kate Looks Great 8 hours Postpartum. 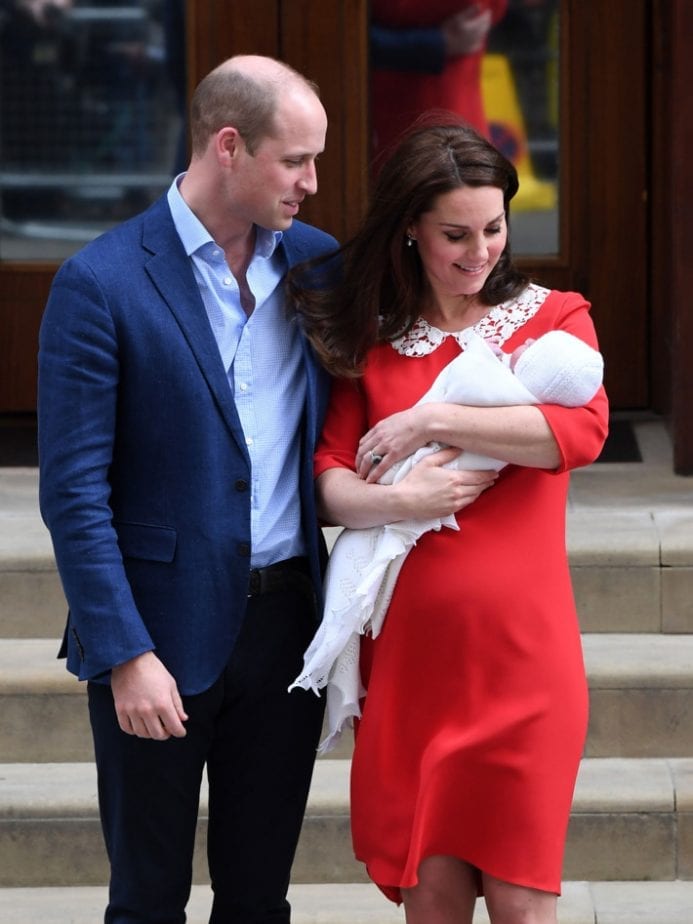 I’ll admit I looked NOTHING like she did with the birth of my two sons. In fact, I didn’t even looked half way put together. I had barely showed, was wearing a massive diaper and even walking to the bathroom from my hospital bed was painful.

The picture below seems to depict it quite well actually. 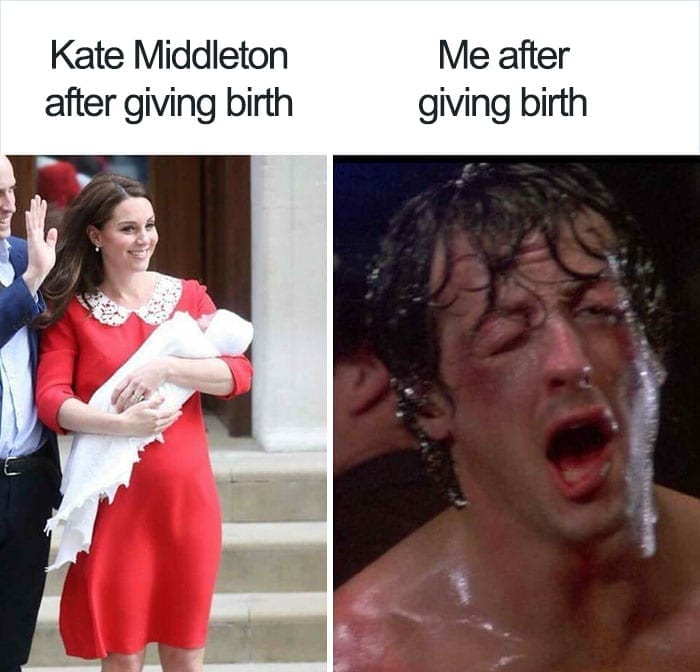 As, I sat there looking at some of the first photos of the happy family (like the one above) I could help but ask myself…

“How is she walking in heels?”

“Is she sporting a giant diaper under that dress?”

“How in the world are her “insides” not falling out?”

“What sort of padding does she have in that dress so she doesn’t spontaneously start lactating?”

Question after question I wondered how just 8 hours after she gave birth can she back to being a pretty, pretty princess? (Yes, I know she is the The Duchess Of Cambridge and not a Princess).

And I wasn’t the only one either. Mothers everywhere have been sharing their photos of what life really looks like hours after having a baby. Seriously, check out some of these pictures. They will make you laugh… 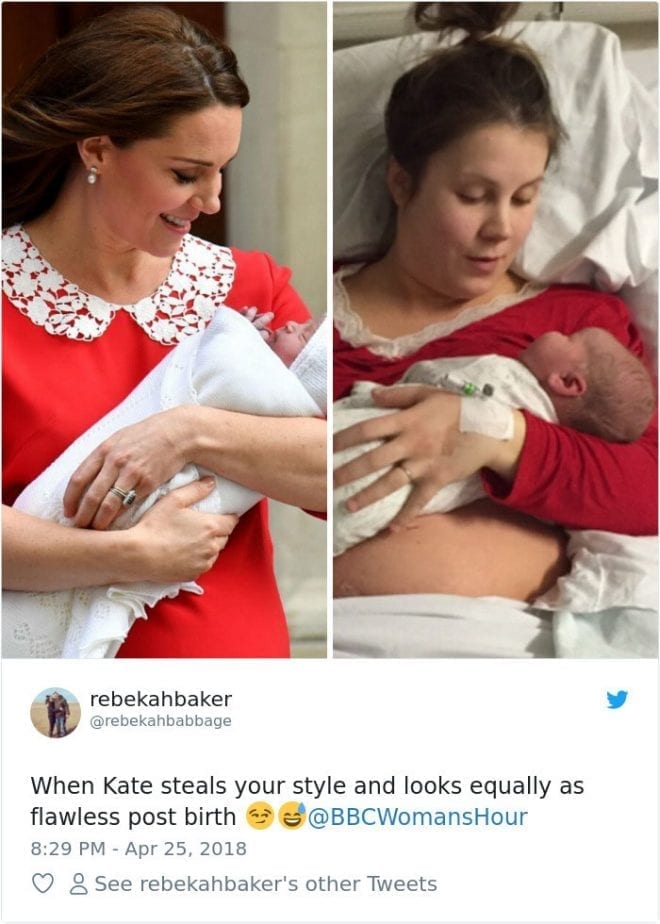 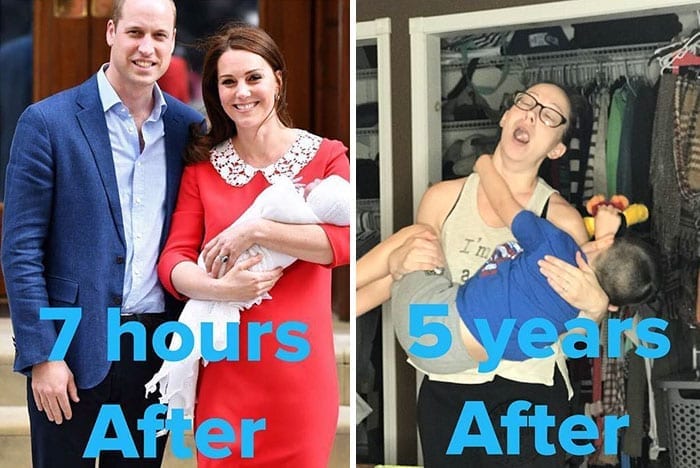 With all these questions unanswered, I Googled (because Google knows all) and what I found out is actually quite interesting!

The royal family has a set of customs they follow when any baby is born – including who the first person to be told the news is.

Other practices dictate who is allowed in the birthing room and how the birth is announced to the British public. Even that home births are preferred.

However, Kate delivered her three children at the hospital where Princess Diana gave birth to sons Prince Harry and Prince William. Even more interesting, the United Kingdom has one of the shortest postpartum hospital stays in the developed world, just a day-and-a-half. Of course, with Kate being photographed just a few hours after giving birth, it’s safe to say she didn’t follow that tradition either.

But NONE of these traditions answer why she looks so great so soon after having a baby!

So, in truth think about it ladies – as much as it would hurt physically, what would you do if you had a team of professional makeup artists and hair stylists come in a few hours after giving birth to give you a total makeover?

Sure, sleep is the first thing on your mind but getting back to feeling normal might be too. So would you really turn it down? I know I wouldn’t!

As much as I’d like to think that they have some sort of magic pill in London to give the royals after giving birth, we have to remember Kate is a human being. I am sure she is just as sore and exhausted as the rest of us. She just wears it a bit better and has a team that can help her achieve her royal look in no time. 😉 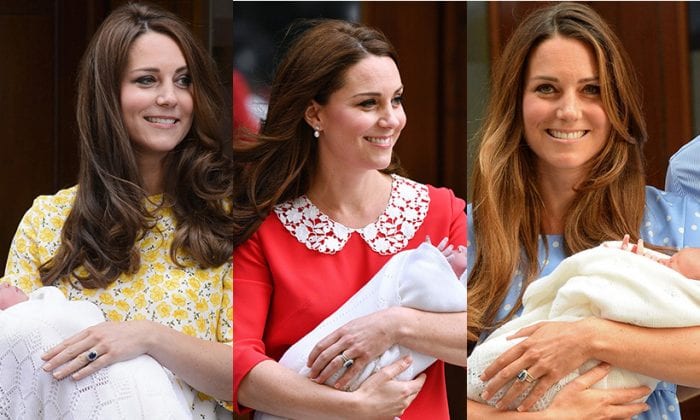 Let’s all just feel better knowing that she HAS TO have a giant postpartum diaper under that dress (because it wouldn’t be natural without it, right?) and that she likely went on home after the photo-op for a much needed nap!

So, what do you think? Did you look like Kate a few hours after giving birth?

I have to say... it all depends on the whole labour experiance. With both my kids i was in labour for only 5 hours. And I cant explain the adrenaline that shot through my body after delivery. I wore a normal panty, but with the big pad. It was only about 12 hours after birth that I experienced the extreme fatigue. So if I had someone that could do my hair and makeup, I would have definitely been able stand on heels and show the world how proud I am of my new baby.