You probably have opinions on what I should have been doing instead, but let’s table those for now.

During that time, a combination of factors—from poor diet to lack of sunlight to feeling like I wasn’t useful—all combined to give me a bit of depression. Okay, probably more than a bit. And I’m so lucky I had a partner who recognized the signs. Know what I found out? It’s okay for moms to be on medication…it makes us less crazy. 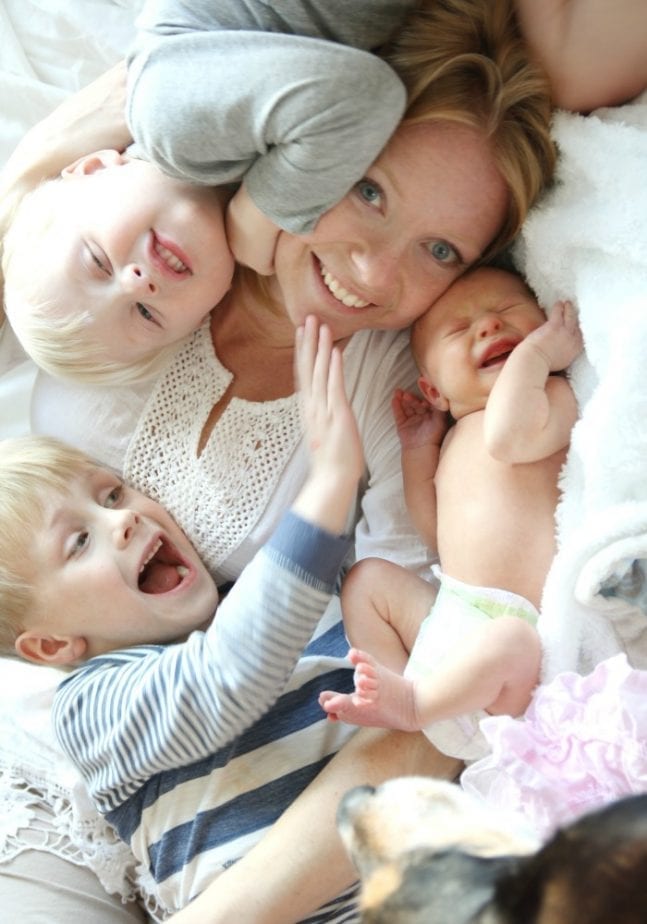 Depression can present in lots of ways, but mine (at least in part) was that I got extra grouchy.

My husband recognized the signs because he’d had occasion to encounter depression before, and he sat me down and told me I needed to see someone.

“If you don’t, it would take a while, but I wouldn’t be able to stay in this environment,” he told me. “As long as you get help, though, I will stick by you and do whatever it takes, whatever you need, for as long as it takes.”

So I saw someone, and I got some good tips, and I started an exercise regimen. I can’t remember if they put me on any medication. That might have come later.

All I know is, exercise helped and we noticed a huge difference in my anxiety levels after I started on a low-dose antidepressant. Turns out I had some nasty social anxiety that had plagued me my whole life, making me terrified to even enter a crowded room, and now I throw popcorn at people who check their phones at the movies.

I’ve tried going off of my antidepressant twice, and each time I got hit with a rockslide of negative emotion. It made me more likely to snap at my kids, get into online arguments, and be all-around irritable. I was also more likely to dread obligations to the point that I couldn’t sleep and even made myself sick.

If you’re not on antidepressants, good for you! I’m glad you don’t need them. If you are, congratulations on seeking help when you needed it. And if you think you might need help, be it therapy or medication or a combination, don’t be afraid to try it! I don’t like taking medicines I don’t need, even harmless pain relievers, but I quickly came to realize that, in combination with a better diet and more exercise, my meds have dramatically improved my life.

My husband said it best in his teasing way: “You’re less crazy now.”

Yeah. I kinda am.