Emoji’s seem to be part of our every day life especially if you are an avid Facebook user. If you love using emoji’s to express your emotions online or in-text, you’ll be excited to know that there are a ton of New Emoji’s Coming Soon! 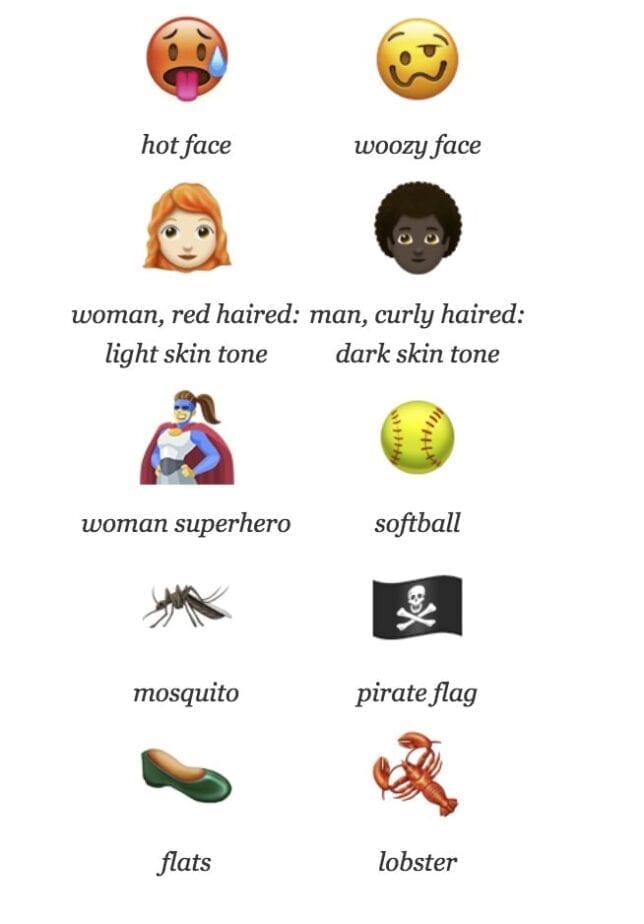 Emoji 11.0 data has been released, with 157 new emoji including:

The new Emoji 11.0 set is fixed and final, and includes the data needed for vendors to begin working on their emoji fonts and code ahead of the release of Unicode 11.0, scheduled for June 2018. The new emoji typically start showing up on mobile phones in August or September.

The man and woman emoji can now have various hair styles (red-haired, curly-haired, white-haired, and bald), and the new superhero and supervillain support genders and skin tones. The new leg and foot also support skin tones.

After the update, there will be a total of 2,823 emoji available, according to Emojipedia.

Though the emoji will technically be available starting Tuesday June 5th, don’t expect to immediately see them on your devices. Different mobile systems and platforms will need to update before they can support the new symbols.

You can see a full-list of the new emoji’s to be released here.

Which new emoji are you most excited about?