With all the hubbub about the solar eclipse, your kids have probably asked you a billion questions already. But if they never saw one before, they might not have known every question to ask, and there are some that are probably going to come up now that might not have before! So here are 10 questions your kids might be asking about the solar eclipse! 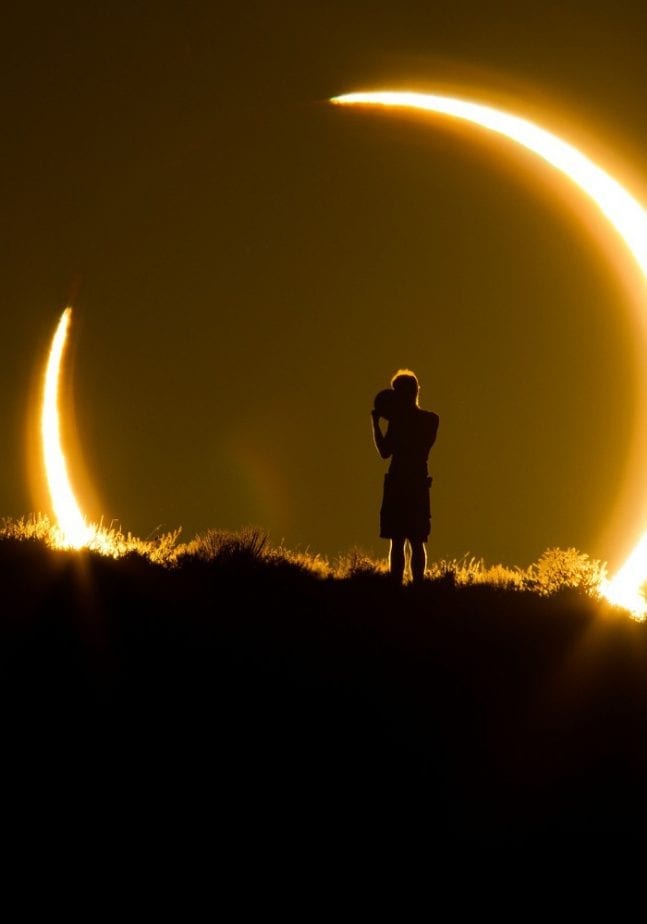 Now That The Solar Eclipse Is Over, Here Are 10 Questions Your Kids Might Be Asking!

1. “Where did that strange and unusual plant come from? It’s really peculiar!”

That’s Audrey 2. She lives with us now. She gets a little ‘bitey’ though, so keep your fingers away… 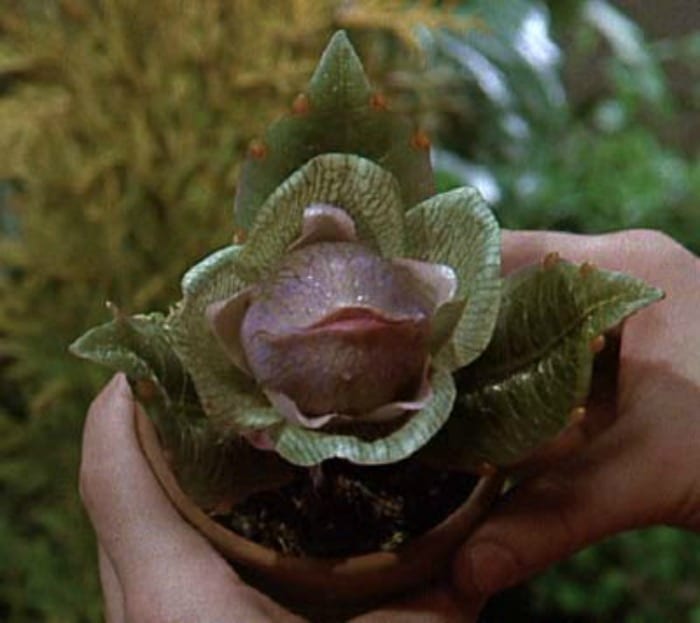 As long as you didn’t look for too long, you’ll be okay. Normally the sun is too bright for us to look at it directly, but with the solar eclipse it was easier to look. Still, it takes more than a quick look to make you go blind. 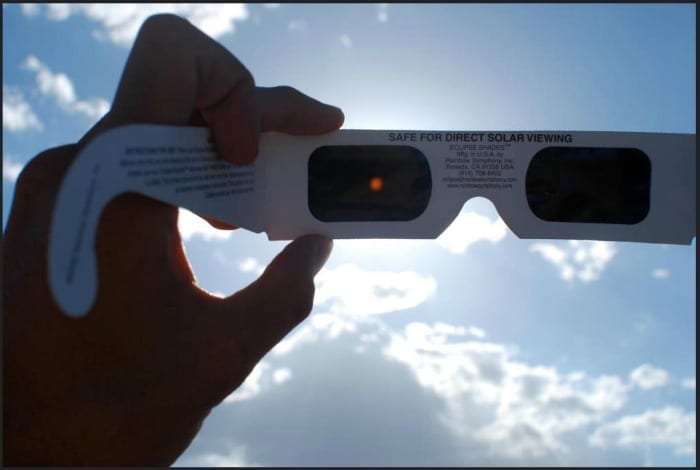 Dogs don’t normally look at the sun, so they wouldn’t have looked at the solar eclipse, either. 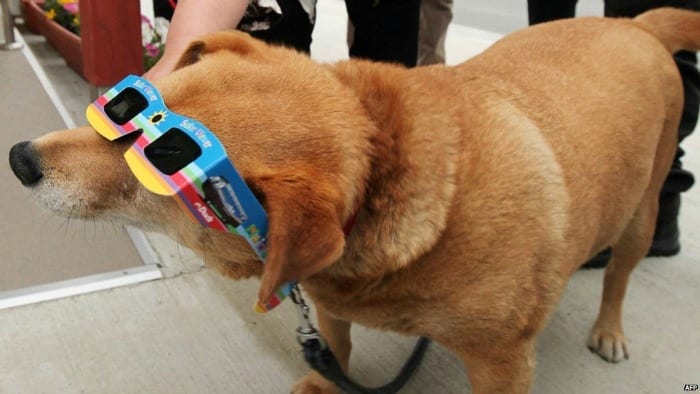 The sun’s rays are what warm our planet, and when the moon blocked them for a couple of minutes, they didn’t hit us as much. It’s like an umbrella blocking the rain. 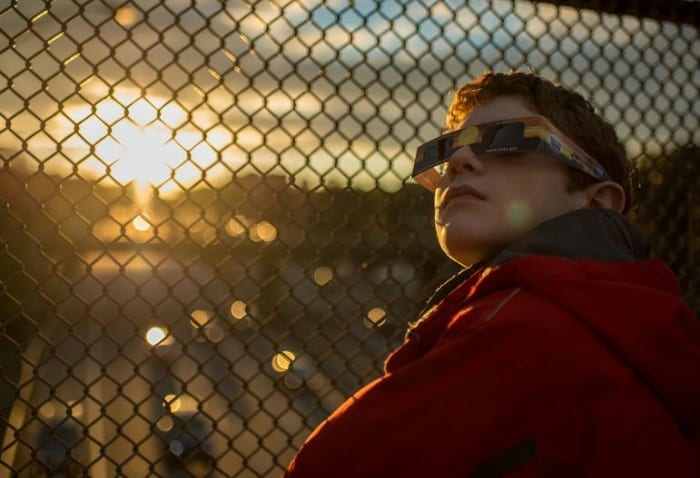 5. “Did the sun hurt the moon during the eclipse?”

No, even though the eclipse changed the light from down here, it had no physical effect on the moon. 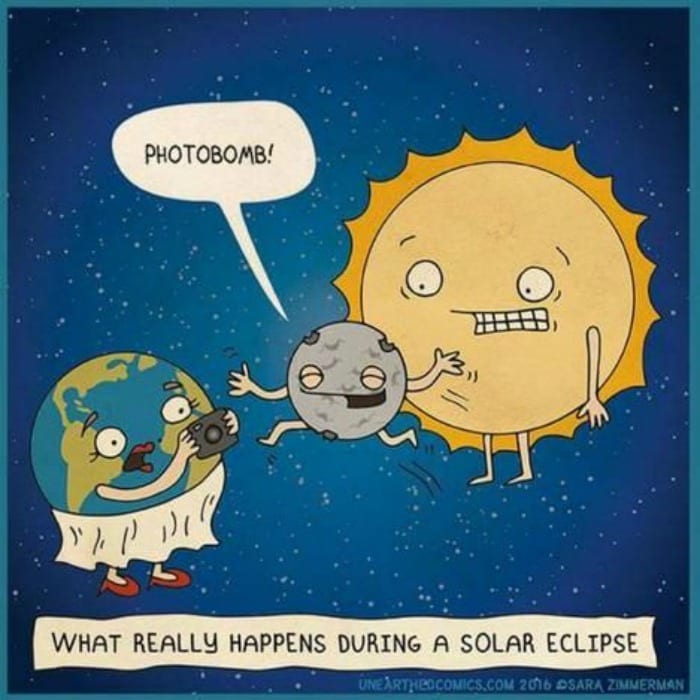 Even though the sun and moon are HUGE, they are very far away from us. So we might see pictures that make them look bigger, but those pictures were taken with special cameras. The sun is actually 92.96 million miles away. 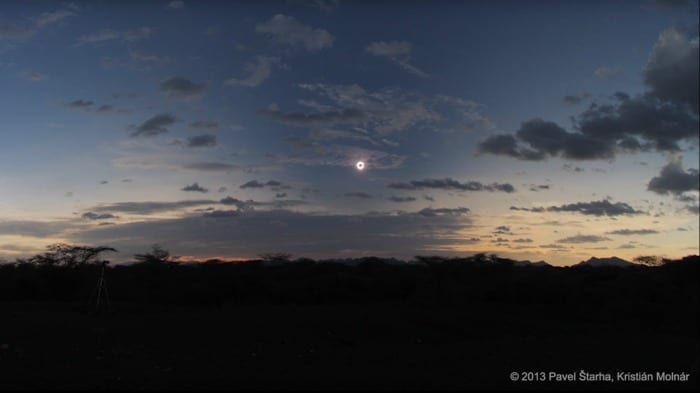 Even though we don’t feel it, the earth is moving very fast. The longest anyone saw this solar eclipse was 2 minutes, 43 seconds. That’s because while the moon and sun are standing still, it only took a little less than three minutes for the earth to spin to a point where the moon was no longer covering the sun. 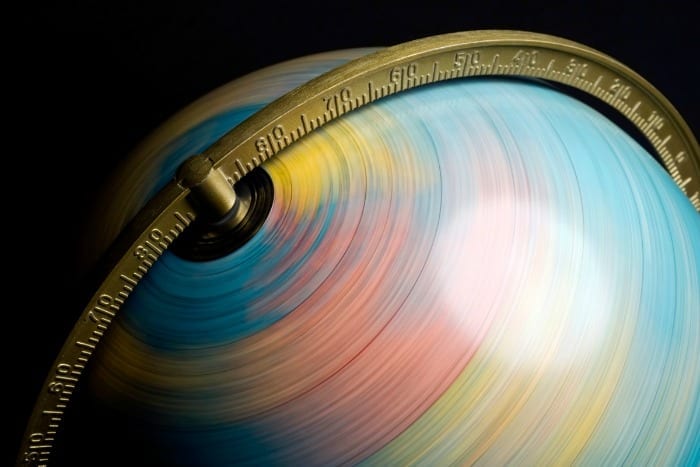 Other than cause us to take a bunch of selfies in solar glasses, and create a bunch of pin-hole viewers, no. We’re good. 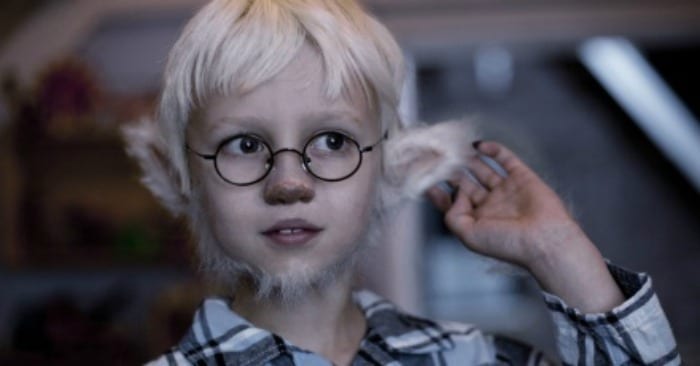 9. “When was the first solar eclipse?”

There have always been solar eclipses, though the first one recorded in history was by the ancient Babylonians on May 3, 1375. That was 642 years ago. 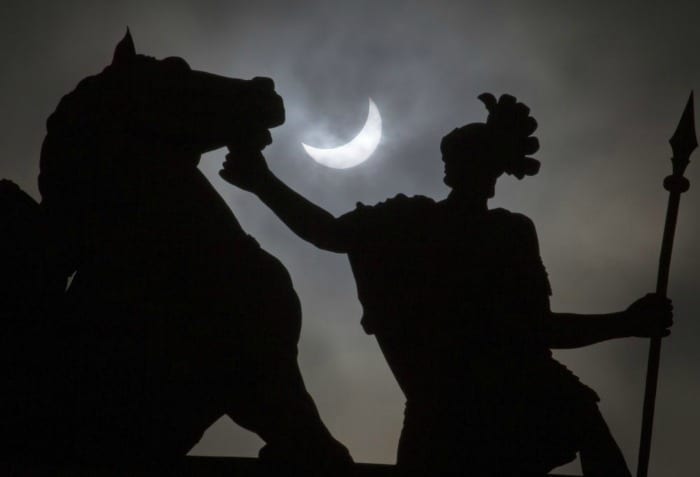 There are about 2 solar eclipses every 3 years, though they happen in different places around the globe. The next North American solar eclipse is on April 8th, 2024. 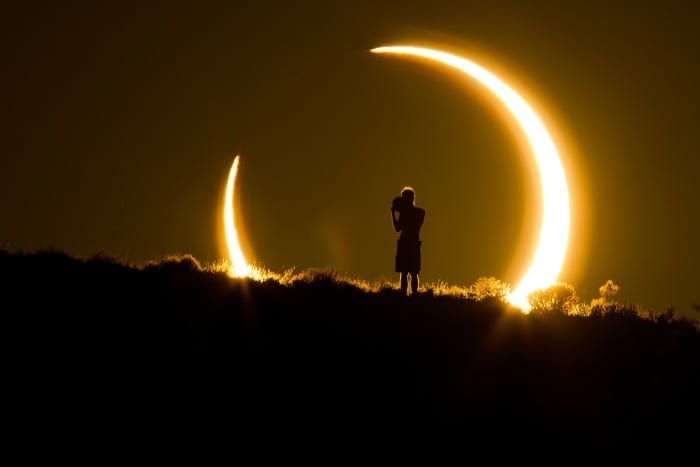