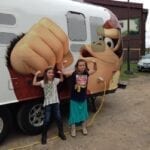 Okay, I’ve had a lot of cool opportunities with my blog. Free trips, cars to drive across the country with, piles of swag, the list goes on and on… but last weekend the BEST THING THAT HAS EVER HAPPENED IN THE HISTORY OF ME HAVING A BLOG HAPPENED.

I played Nintendo games that aren’t even out in stores. In a camper decorated with Marios, Luigis, Princesses and more.

It was all insanely cool, and let me just tell you that WiiU is stepping up their game! 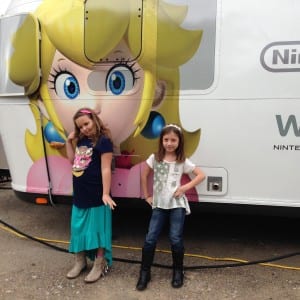 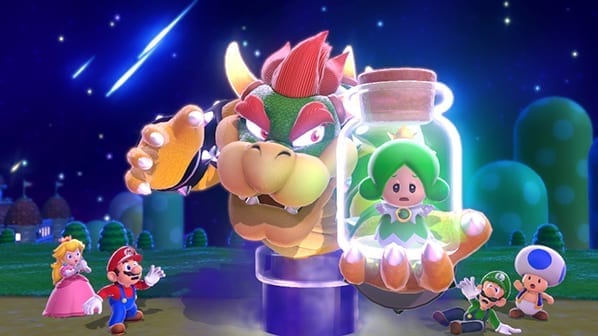 Okay, so here’s how it works, most of the time, you play as a team like you did back in Super Mario 2. You run around, kicking and cat scratching. (Seriously, there’s a cat suit you get to wear with a tail and everything!) It’s great because everyone in the room gets to play, there’s no waiting on your turn, and even though we had different levels of gamers playing, we all made it to the end of the level at the same time. How they managed to accomplish this, I will never know. But if you’re like me and you love playing video games with your kids, but don’t love sitting and waiting… this is a HUGE DEAL. 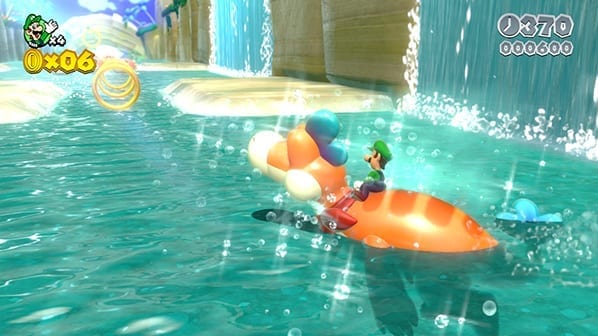 There are also these crazy cool levels where everyone basically controls the big orange dinosaur Yoshi guy. You make him jump, grab rings, and all sorts of other neat stuff. It’s so perfect.

Which is seriously how I would describe this game. Perfect. If you love your Mario games as much as I do, you will not be disappointed. Go buy this now.

Disclaimer: I wasn’t paid by Nintendo for writing this, and I don’t get anything if you go buy the game. They fed my family lunch and let me preview the new stuff. All opinions are entirely my own and not influenced in any way.

So it had been all easy way for me here.