As everyone who has ever had major surgery knows, they never let you go home until you’ve had a bowel movement. They have to make sure the anesthetic didn’t effect the bowels and so even when you’re ready to get out of those horrible hospital beds and midnight interruptions awaking you to make sure you’re sleeping okay, if you haven’t pooped…you’re not leaving. Every part of you is ready to leave, but no…you wait for that special moment, that elusive BM, so you can get out of there and into the comfort of your own home. When it happens it’s almost like a Nascar race and you’re making your victory lap. Seriously, never take pooping for granted because not going is literally the worst. 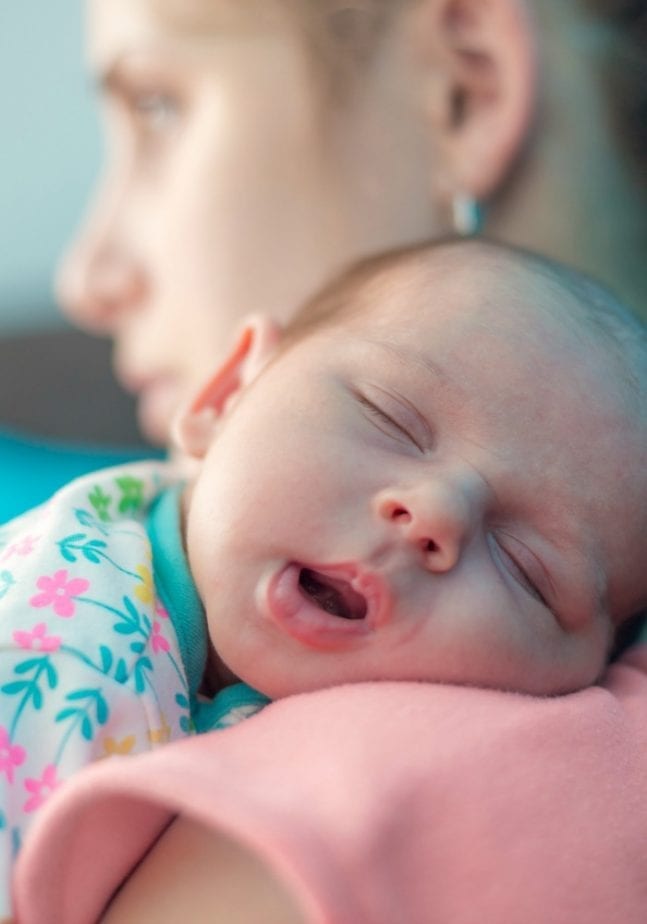 Trying To Poop After My C-Section Nearly Killed Me

When I gave birth to my daughter by c-section I knew I’d be in the hospital a couple days, so I knew I wouldn’t’ be rushing out of there anytime soon. Plus, when you’ve had most of your insides taken out and laid in a bowl, they definitely want to make sure everything is back in its place and functioning properly. The first day’s goal was to get me up and walking….no problem, other than the fact that I was afraid my insides were going to fall out. Still, I placed my confidence in those staples and finished the lap. Each time I got up to walk I finished each lap a little quicker and felt like I was making great progress. But…no BM.

The second day I was allowed to take a shower. Oh, the sweet, warm luxury of a shower! I can’t remember (second to a week of camping) enjoying a shower so much in my life. Of course they have to duct tape you with plastic to keep the wound from getting wet, but none-the-less, the shower was splendid. But still…no BM.

By day three I began to feel the discomfort of my bowls not working. Here I am, breast feeding my new born, enjoying being a new mother, visits by friends and family and the question, “When do you get to go home?”

My sheepish reply, “When I poop.”

My family of course would cheer me on, “Get in there and give it the ole college try!” Bless them for their encouragement, but every attempt I made was futile.

By day four, the pain began to double me over. The nurses called in the Doctor who feared that there was a potential of my intestines being twisted when everything was put back into place or possibly a blockage of some sort. At this point I was in so much pain, I was turning away company and only holding my daughter when she was hungry. I thought I might die, I mean…I literally thought my insides were going to explode and I would die of fecal poisoning. I have never wanted to poop so bad in my entire life. The Dr’s called in an ultrasound to check my intestines. They found no blockage, no twists, no reason for my inability to have a good healthy BM. Well, that’s good, at least that doesn’t mean I have to be reopened, but now what? I just want to poop, people! After much discussion among the Dr and nurses they opted for an enema. Oh, goodie. As if this whole process was so much fun to begin with now I get to look forward to having water injected into my bum. But, hey, at this point I hurt so bad I said, “What the hell, let’s give it a go.”

For the next two hours the nurses continued to check on me every 20-30 minutes. “Nothing?” they’d inquire.

“Nope, not even passing any gas.”

“Hmm, well, we’ll talk with the Dr again and see what our next step should be.”

“Yeah, you do that, because I’m not sure if you are aware of this…but I’m dying here.”

Awhile later as a lay in the fetal position in a pain comparable to birthing contractions, a nurse came back in and informed me that the Dr had ordered another enema. Another freaking enema. I can only the imagine the look on my face was one of complete and utter despondency. “Another one? Really?”

The nurse that I liked to refer to as ‘Nurse Ratched’ just looked at me and with an evil grin said, “Yep.”

I swear she was getting pleasure out of this whole discomfort, I could almost hear her snickering. So again, laying on my side I went through the humiliating procedure of my second enema. Praying, Please God, let this work, please let me poop.

Again for the next hour Nurse Ratched kept checking on me. Although I had passed a little bit of gas it didn’t give nearly the relief I was craving. The look on her face was as though she just couldn’t understand why it wasn’t working and the look on my face was, If I die, I’m taking you with me. She left. A few minutes later a sweet nurse came in with a small cup of white pasty looking crap, “Here, drink this,” she said, handing it to me.

I drank it even though I had no idea what it was supposed to do. Not even within 10 minutes it happened! I felt everything in my bowels shift, heard a grumble and I jumped from my hospital bed, ran to the bathroom and took my victory lap.

As I left the restroom feeling like a whole new woman, I asked myself, Why the hell didn’t they give that to me first before not one, but two enemas? First lesson learned. Second lesson I learned, NEVER take the ability to poop for granted.

The best news? A few hours later, I was on my way home with my new baby…who, by the way, had absolutely NO problems pooping.

Hahahhaha Interesting. Thanks for sharing your experience in such a unique way. Would love to hear more from you.

I couldn't leave until I pooped either. 3 days in and my nurse told me if I didn't go anytime soon I would have had to have a tube down my throat. I was in soooo much pain and I couldn't take any pain medicine because they would constipate me even more. So my lovely nurse said...eff it... Left and and came in with a cup that had hot prune juice and butter...5 minutes in and I did not leave that toilet. 40 minutes of non stop movements. I am forever grateful to that woman. My aunt who was pregnant with me during my second pregnancy gave birth at another hospital and they let her go without any bm. She was in Soo much pain. I made her the same thing and boom! She had the same effect.

I am only follow this online tutorial to get help and recommended others to know here how to fix the problem of certificate error in internet explorer. Thank you so much to your attention

I wish I had been told I could not leave the hospital until I went. It was never discussed and I did not go until more than a week after going home from my c-section. I thought I was going to need surgery to fix things it was sooooooo bad. Thought that was what this article was going to be about...an experience like mine.

I learned that lesson with my 1st C Section. 2nd time around, I prepared ahead of time! A Costco size bottle of stool softener! I started taking it during my pregnancy and smuggled it into the hospital and continued to take it after my c Section, and it saved me from dying while pooping!