When I was a kid I didn’t really go tot he theater that often, but it’s something I always thought was really cool. I try to take the daughter as often as possible.

You know, so she’ll be cultured and such. 🙂

We have season tickets to the Casa Manana Children’s theater, and have never missed a show. They always make me smile, and this year the production quality went way up, so I really enjoy the plays that much more.

But, it’s nothing compared to seeing a play at the Bass Performance Hall. We took the daughter to see the most fantastic play there: The Little House on the Prairie Musical. 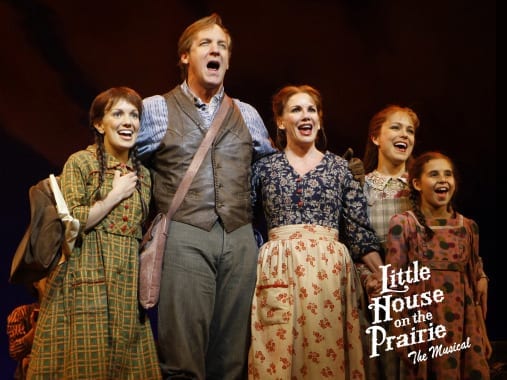 We had a blast, the actors were amazing. Especially the girl who played Laura (Kara Lindsay). Seriously, that girl knocked it out of the park. Her voice was phenomenal, she got laughs from the audience in all the right places, and she made me want to homestead on the prairie. (Or, you know, watch a movie about homesteading the prairie.)

The best part of the evening? I got to give my first ever standing ovation. They totally deserved it too. It’s really cool watching an entire theater rise to their feet in honor of someone’s art.

Anyway– I think you guys should all hitch up your giddyup, and mosey on out to see this freakin’ play! They’re still in Fort Worth for a few more days, so go see it!! 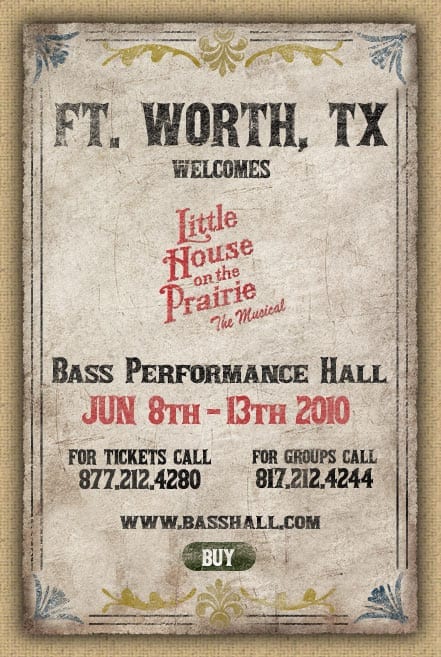 What a great story and experience for you and your family. I have been part of an audience that gave a standing ovation. It was to Dave Grossman, a LT. Cln. who was speaking about his book ON KILLING, which is astoundingly good.

I've given standing ovations many times. I've gotten one or two that I can think of. I was a vocal performance major, so I did a lot of performing in college. :)

U2 at the New Cowboys Stadium. The Police and Coldplay at the AA center, too. All three put on an amazing show. We took our 8 year old son to U2, and he was blown away. It was his first big "show" experience. Totally worth keeping him up on a school night.

I know you'll be shocked that I stood up the whole time.

@@jmartinlibrary, ohhh I bet that WAS awesome!

I love the review. I'll have to tell my sister about it. She lives in Tx not too far from there. =)

@Carolyn V., hooray! She really should go see it! It was awesome!