It’s not every day that you start scrolling Facebook and the headline of an article makes you scratch your head and immediately click. However, that is exactly what happened to me this morning. What caught my eye was that of an article claiming that Hundreds of Drug Sniffing Dogs May Be Euthanized for an insane and absurd reason. 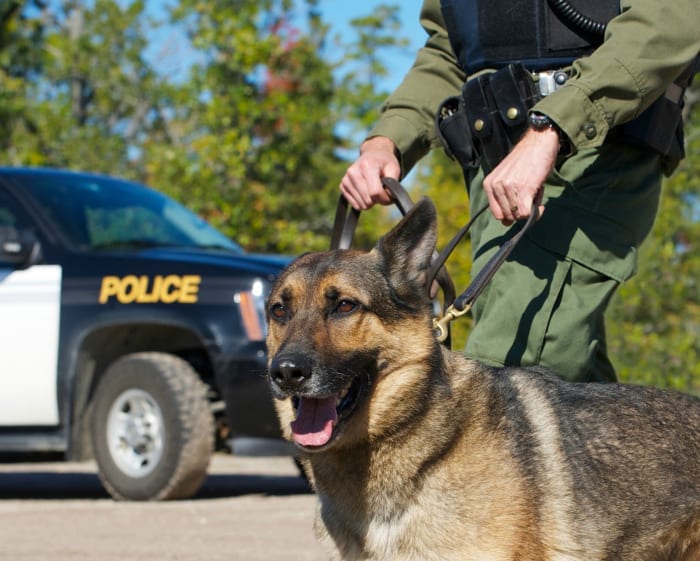 By now you are probably scratching your head yourself and wondering just what the heck? who the heck? why the heck?

Well, according to reports, the training director of a police K-9 academy in Illinois claims that if the state legalizes recreational marijuana, it will likely have to euthanize “a number” of its pot-sniffing dogs. “A number” meaning over 275 dogs – that is just sickening, sad, and heart wrenching.

Here is the statement:

There are approximately 275 trained narcotic K-9s in Illinois, with each costing the department thousands of dollars. Replacing the dogs would cost millions, and Chad Larner, the director of Maron County’s K-9 Training Academy, said “retraining” the dogs would be “extreme abuse.”

“At this point, they’re trained on five different odors,” explained the Normal Police Department’s assistant police chief, Steve Petrilli, a former K-9 handler. “Once they’re programed with that, you can’t just deprogram them.” The dogs are also trained against being social in order to be effective workers, which led Larner to suggest “a number” of the K-9s would have to be euthanized in the event that marijuana is legalized.”

Since when does “money” mean more than the life of an animal and damn good ones? I mean, these dogs are sworn in as partners. Would a police academy shoot an officer’s human partner for costing too much money? I don’t think so.

Also, doesn’t euthanizing that many dogs cost money too?

Needless to say, this idea that these dogs have to be euthanized over the legal use of marijuana is absurd. Has anyone other states that have legalized this drug done this? I don’t think so!

The better alternative would be to retire these police dogs. After all, they live with their partners for the remaining of their lives. Let them live out their lives and slowly train them to ignore the small traces of legalized marijuana IF that happens Illinois. Let’s just hope that it doesn’t happen and that isn’t the solution to such well-trained and behaved K-9 officers.

In case you are curious, you can read the full report here.

Man, this just makes my blood boil. Anyone want to go with me to adopt 275 dogs?

97 shares
What is Fortnite and Why is my kid obsessed with it?
← Previous
Brittle Bone Medication Can Help Your Baldness
Next →
Click here to cancel reply.