Dr. O had been my doctor for twenty years. Not just any doctor: my gynecologist. There’s something so much more personal about the doctor who intimately examines our junk as opposed to other doctors. I was his patient within his very first week of opening an office. He was my doctor through the loss of my baby. He was my doctor through multiple endometriosis surgeries. He was my doctor when I found out I might never be able to carry a child to term. Dr. O encouraged me when I told him I wanted to be a full-time writer. I encouraged him when he told me he wanted to learn how to fly. For twenty years I considered him more than a doctor. He was a friend. Family. Someone I knew I could count on. Truly the picture of a Norman Rockwellian physician. I never had any doubt in my mind that this man would be my doctor for life…until I changed insurance companies. 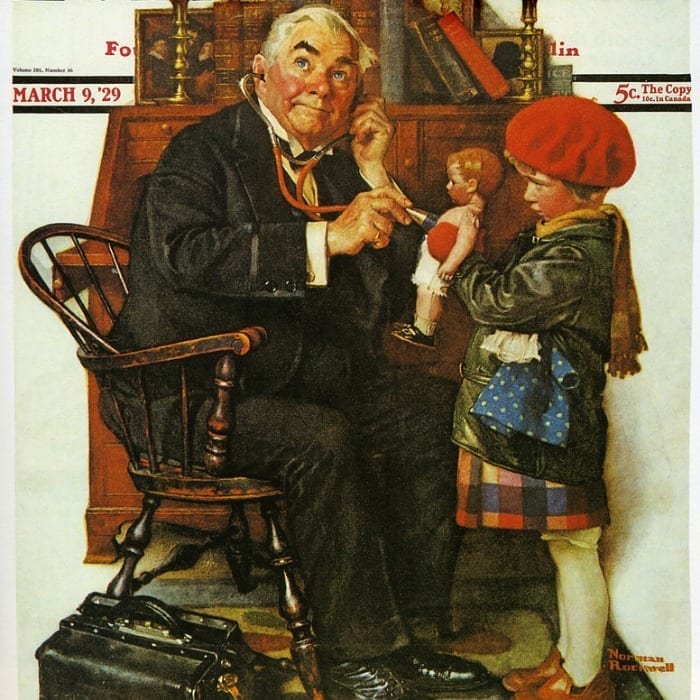 This picture always resonated with me because it’s the kind of doctor I wanted for my family. Now I don’t even know if doctor’s like this exist anymore…

Turns out there’s this fun new (new to me?) thing that happens when your doctor doesn’t take your insurance: they won’t keep you as a patient.

I asked to pay cash.

I asked to just not file insurance.

After sobbing and crying and whining to every single member of my family for about three hours, I called back and asked for Dr. O to call me back. I wanted to talk to him. Wanted to find out if there was any workaround. Wanted to at least say goodbye to the doctor I’d been with my entire adult life. 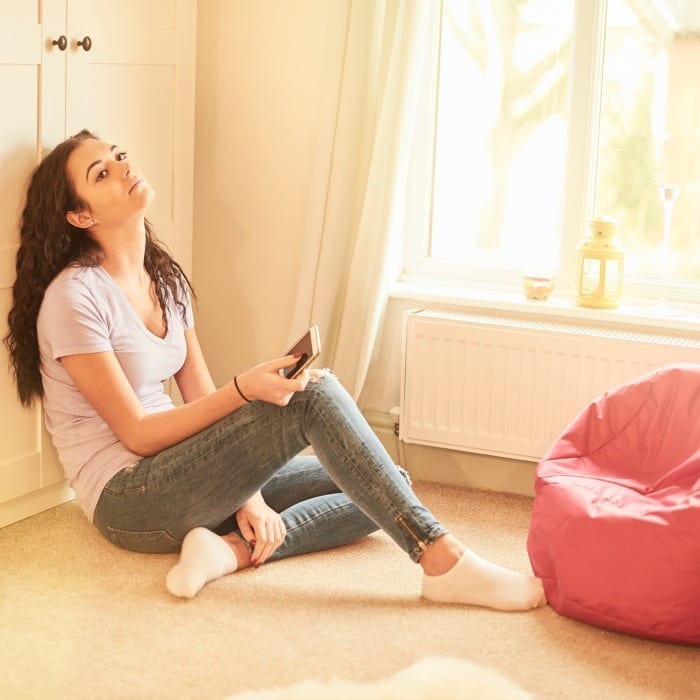 When I was growing up, we moved around a lot. Before I was eighteen, I lived in six states and eleven different houses. I never had a family doctor. I never knew what it meant to have one doctor who had seen me through all the ups and downs of my health and life. So when I met Dr. O and we hit it off so well, I knew I’d found my first doctor for life.

It’s not that I wasn’t willing to try another doctor, but I really liked the idea of having one doctor who knew my everything. And he did.

When I was twenty-one, I found out I was pregnant the first time. Elated, I called the doctor and set up an immediate appointment to confirm and giggle and just be so excited. I’d always wanted to be a mom.

Within a week of my second trimester starting, I lost the baby. At that point I’d had Dr. O as my doctor for three years. I cried on his shoulder. I called in the middle of the night when I couldn’t sleep because I thought I’d done something wrong. Something to lose the baby.

We live in a small(ish) town. There are a lot of churches (being Texas, and all) but only one church for my religious affiliation. Dr. O and his entire family went there, too. They’ve since moved to a slightly bigger down, different church, but I knew his wife. I knew his daughters. I’d met his father and mother-in-law.

Through endometrial surgery, and biopsies, and a cancer scare, this man acted as the roots for my adult healthcare and was, I genuinely believed, a friend. 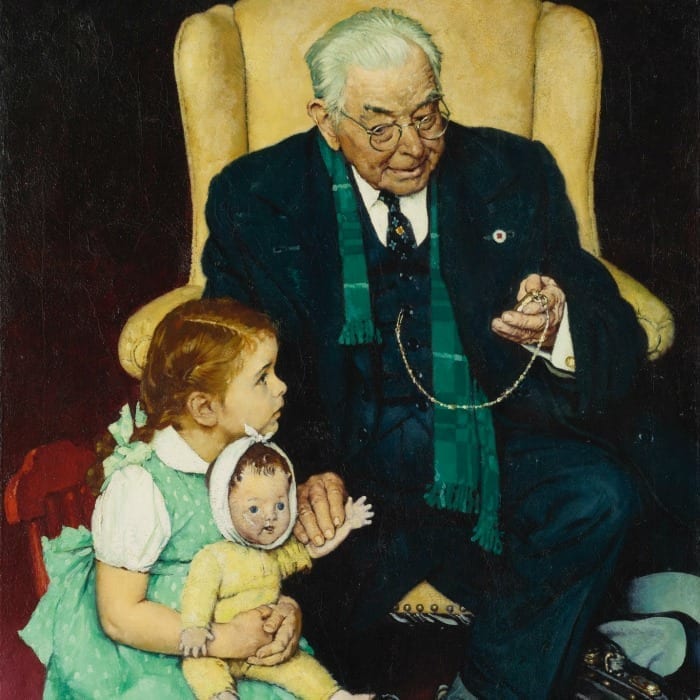 I understand that businesses have rules. And I understand that insurance especially is a business not inclined to bend its rules. What I don’t understand is how a doctor who has been someone’s doctor for twenty years can so easily turn a patient away.

I’m not the only one this has happened to. Jamie, the owner of this website, had the same exact thing happen to her. I think for her it wasn’t a doctor she’d had for twenty years, but it was still hard to deal with.

Nik, one of our writers, lost the pediatrician his son loved more than any other pediatrician.

I’m sure there are so many more who have gone through this, as well, and I’m sure (like me) none of them know how to deal.

What does one do when they lose a doctor they once considered family?

How does one trust another physician when they know that something as small as changing insurance companies can cause such a huge impact on their healthcare?

What am I supposed to do now?

Babies adjust easily and seem to enjoy the new sights and sounds of camping. There are many items made for a baby and for use with a baby on a camping trip. Thanks for the amazing information.https://highnetworthpersonalities.com/

Hello, Health Insurance is something that my father has taken really seriously for some time now. And I am so glad he has. Because like all other habits he has instilled in us, this has now become a habit for both my brother and Me.

Thanks for posting auto insurance tips. When purchasing insurance, it is also important that you go to a company that has built a good reputation. Discounts are really appealing. Thorough evaluation and Choosing a good insurance provider could also help you save money.