There I said it – Steve From ‘Blue’s Clues’ was THE BEST. He was never replaceable.

If you’re a millennial you likely grew up watching Blue’s Clues and all of the adventures Blue and Steve went on together.

It was such a wholesome, fun and loving show. I LOVED watching it.

So much in fact, my late grandfather would make his own paw prints to hide around his house leading my brother and I on an adventure to find clues that rhymed and at the end, we found a treat.

It was quite literally the best childhood memory I ever had and I’ve carried that tradition on with my own children.

So, it’s safe to say that one of the saddest days of my childhood was when Steve “went off to college”. He got on that bus and we didn’t see him for a very, very long time. After that, Blue’s Clues was never the same.

Sure, Steve did all he could to make us feel welcome with his brother and our new best friend, Joe. But Joe wasn’t Steve.

Joe hadn’t hung out with us all those years while we were anxiously awaiting new Blue’s Clues episodes to pop up on the DirectTV.

Joe had come in at a time when we were starting to become teenagers and it was uncool to like Blue’s Clues (although I think the exception here would have been Steve).

So, I’ll admit it right now – Nobody is as good as Steve is on Blue’s Clues. NOBODY.

No offense to Joe because he is nice and all, but he is no Steve.

Steve had a certain way to make us really feel like we were his friend and he still has that affect on us.

Did you see the heartfelt video Steve posted to us? HE NEVER FORGOT US. He is STILL our friend after all these years.

Steve is like that childhood best friend that you grew apart from but then ran into one time at the grocery store, swapped numbers and picked up on your friendship right where you left off. That is Steve.

Steve is everything Blue’s Clues was when we are children and he is still everything for us now. 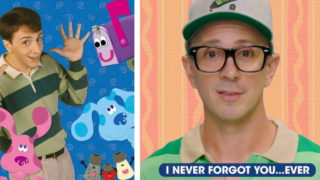 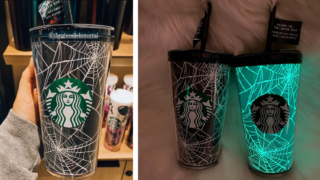 Next
Starbucks Released A New Glow-In-The-Dark Spiderweb Cup Complete With Stickers You Can Use To Decorate It
Click here to cancel reply.