I’m a first generation American and usually pretty happy about that. But every now and then, my blood runs orange.* Netherlands orange, that is. Mostly during the Winter Olympics and the World Cup. Because skating and soccer are part of my heritage, like red wheels of cheese and chocolate sprinkles on buttered bread. Which is why when I found out the King of the Netherlands had a HUGE secret, I Had to know what was up! 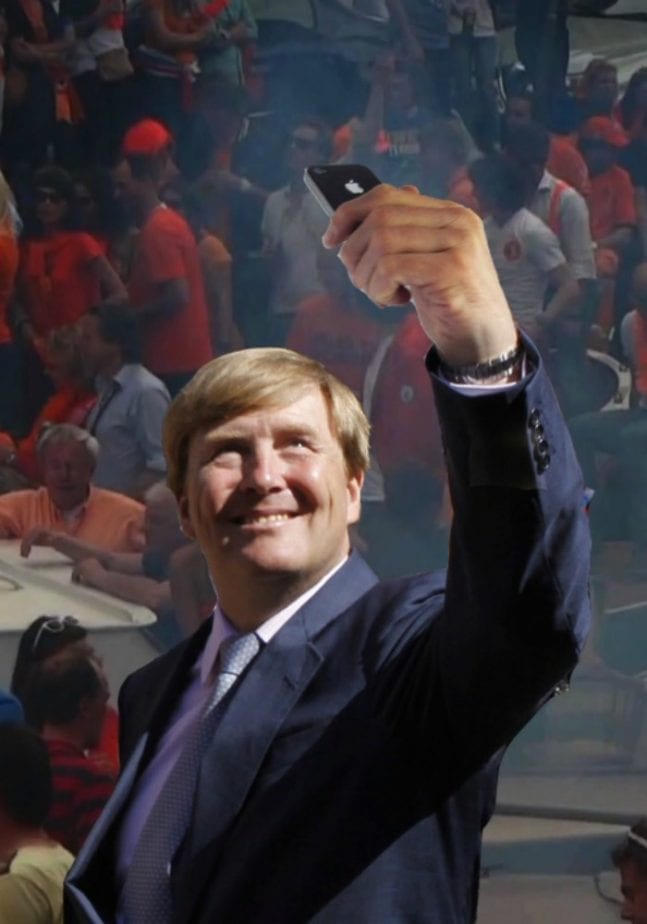 The King Of The Netherlands Has A Huge Secret, Sort Of…

Anyway. Dutch royal family members don’t make it into the U.S. news (or “news”) very often. Which is why, amid a cyclone of crazy news stories recently, I was startled to see this:

This is why you always have to read past the headline.

I’m serious!  That E! Online headline sounds like the king has been bicycling** around dressed as a creepy clown and stealing kid’s wooden shoes or something. That’s how rumors get started.

But even that sounds a little shady. Like maybe KLM didn’t know about it or something.

Maybe the news desks are just so used to shady that they don’t know how to cover anything else.

I imagine it going down in the U.S. newsrooms like this:

Editor: We have got to draw off some of the heat from Washington!
Reporter: I’ve got a deep source who’s got a scoop on a secret the king of the Netherlands has been hiding for decades.
Editor: Great! The— Wait, the where?
Reporter: Netherlands. Sort of between Germany and the North Sea. You know…tulips, Van Gogh, wooden shoes…
Editor: Hmmm…why would we care?
Reporter: Well, Americans like chocolate and cheese, right?
Editor: We’ve got Hersey’s and Kraft.
Reporter: Heineken beer?
Editor: I’m sold! Run with it.

I guess it would have been a scandal if he actually accepted pay for the job. According to the constitution of the Netherlands, the king or queen and the heir apparent, as well as their respective spouses, aren’t allowed to have paying jobs, in order to avoid any conflicts of interest.

(What could possibly be wrong with running your own business while your attention should be on the country, like a responsible king?)

If all you read was each of these headlines, you’d come away with a different opinion of the King of the Netherlands.

It’s important to remember that every news source has a goal. Look at our examples:

Contrast that with a media outlet that goes with a headline like: “Was the King of the Netherlands using secret flights for personal agenda?” If their goal is to imply he took a salary (see above) or was up to no good, their job is half done. Now someone shares it on Facebook, then someone only reads the headline and tells two friends, and then before you know it, Great Aunt Edith is telling everyone down at the beauty salon that Hillary Clinton injured her nether region while flying over the wall to Mexico, and President Obama is smuggling illegal immigrants inside big wheels of cheese strapped to bicycle handlebars.

What a strange place to end up here from a story about a royal flying for Royal Dutch Airline.*****

News doesn’t have to be “fake” to still need some thinking about. Regardless of the subject, regardless of your ideology, news has become less of a stream and more of a torrent, and we can’t just float along and let it carry us wherever it may. We can’t control the wind, but we can pilot our own…

Yeah, that metaphor is really a stretch, even for me.

* The Dutch flag colors are red, white, and blue, but Dutch sports fans wear orange because the ruling family is the House of Orange. 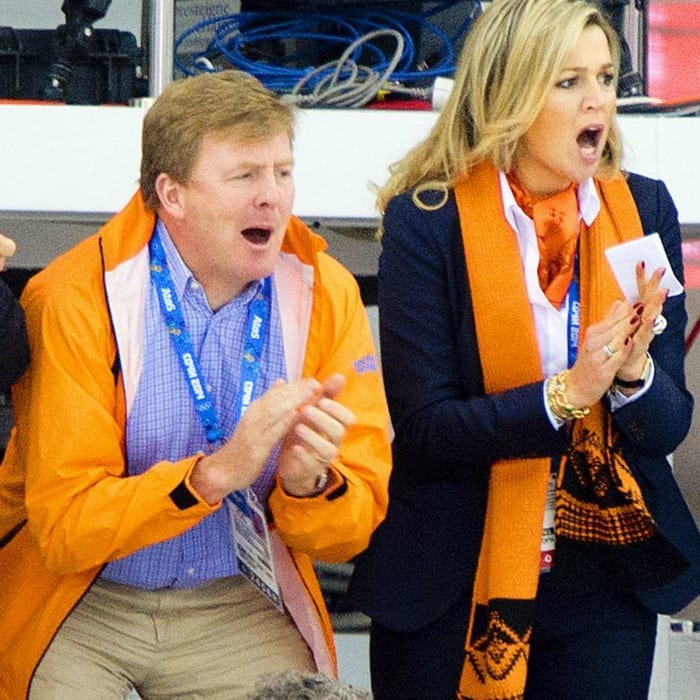 I mean, they REALLY wear Orange.

** Of course bicycling. The Dutch love their bicycles. The Netherlands has more bicycles than people.

*** I’m not kidding. This was on EVERY news site on Thursday. I think everyone was desperate to talk about a country other than Russia.

**** Or so I would assume. You know those lefty Hollywood types.

***** An eagle-eyed Twitter-reader (Tweader?) immediately pointed out that this should properly be “your Majesty speaking” since Willem-Alexander has been the king since 2013. I love the internet.