This election year has been tough. Everyone, it seems, has a pony in the race and wants their voice to be heard above all else. I can appreciate that. When you feel passionate about something, you Should defend it. But you should also know that by defending ‘mean words’ that have been real, visceral, painful experiences for millions upon millions of people, you are hurting those people. It’s okay to stand behind your candidate, but it’s also okay to say, “Man, that was very very wrong.” 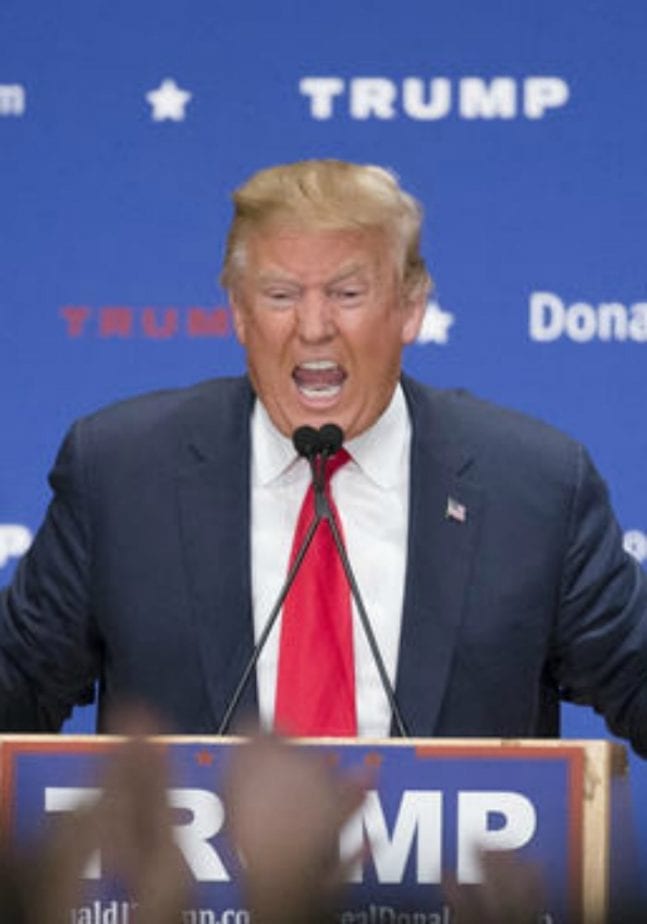 To Me, And Millions Like Me, They Aren’t Just Mean Words

Going on Facebook right now is painful. It’s also my job. I post things to Facebook for readers to read because I love bringing them content that entertains and informs. But every time I log in, I know I’m going to be slapped with ‘locker room’ talk, or ‘every guy thinks these things’.

I was 23 when I was raped. I’d gone through my teenage years overly religious, awkward, clumsy, and painfully shy…not to mention very fat. So a few months after my 23rd birthday I decided I was going to change. No longer would I date guys who were bad for me. No longer would I stuff whatever into my mouth without thinking. And no longer would I live as someone afraid to take chances. I joined a gym, worked super hard, lost seventy pounds, and had more confidence than I’d experienced in my entire life.

That’s when I met “S.” He was studying at a Christian university, told me he wanted to be a pastor – exactly the kind of man my little Christian heart wanted in my life. We spent most of our time talking on the phone because of my work schedule and his school schedule, but I knew this guy was what I’d been looking for.

Our first meeting went great, and ended in a sweet kiss. After that, things got harder. We never seemed to find time to get together and, at his suggestion, I finally agreed to go to his house. I was raped that night. Brutally, and it changed my entire life.

Some people are able to make it through sexual assault and find hope on the other side. I’ve been struggling with it every day since the day it happened.

As I said, election is painful for me. I go online to post things, or to check on baby pictures of recently born babies in my friends lives, and I’m smacked in the face with ‘mean words’. Words that demoralize. That make light of serious issues. Words that are indefensibly ugly – and yet, people are defending them. For a sexual assault survivor, those defenses feel like razors slicing across my skin. Like they are cutting away at my experience – at this huge thing that irreversibly changed my life – like, because it was said by a powerful man seeking a powerful office, it didn’t matter. To me, they matter. To me they are more than ‘mean words’ in a bitter political arena. To me they are a defense of the culture that raised my rapist to think it was okay to destroy all sense of safety I had regarding my own body. To me these ‘mean words’ are making it okay for young men to see women as secondary citizens and that any actions against said women are defensible because we allowed a man who is running for President of the United States to say these things are okay.

And, I’ll be honest, at this point I’m kind of spiraling. Over the years I’d begun to recognize that the things done to me by my rapist were done by a man…and not all men. That my distrust of dating and the way I’ve destroyed my body since I was 23 were unfounded because one experience shouldn’t shape my life. That, by and large, those around me would condemn what had happened to me – and yet, so many aren’t condemning (and are, in fact, defending) this powerful man with his ‘mean words’. They are saying it’s okay because all men really DO say these things. And if they say them, how many have actually done them? At what point do we say that words really can, and do, make it easier to defend those who commit these acts?