I think I’ve told this story before, but it’s such an important day in history that I really don’t want to forget it… and don’t worry nothing BAD happened to me or anyone I love, so this isn’t like a tear jerker or anything. But I do think it’s the tragedy that defines my generation. (If a tragedy can do such a thing.) 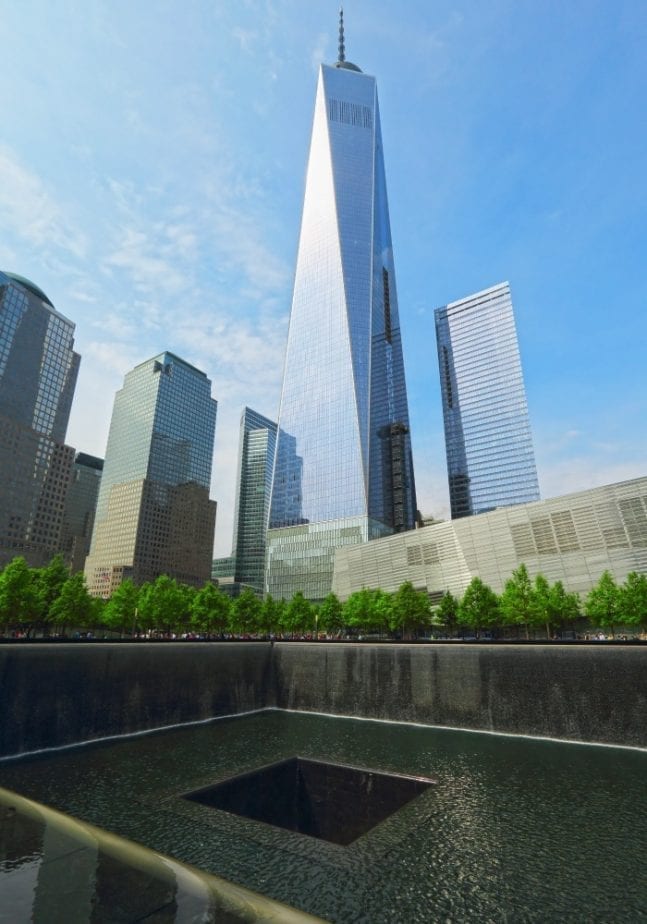 I was really young, like less than a month shy of 22 young. Now, at the time I thought I was all grown up. Having just graduated from college, I had my first ‘real’ job, a pre-k teacher for the Aubrey Independent School District. I had breakfast duty in the morning, and showed up a little late as usual. One of the mothers said something to me as she dropped her child off about a plane hitting a building in New York.

“A plane crash? Wow, that’s horrible,” I said to her and then went right back to my duty. I’d like to tell you about how I stopped right here and really thought about the victims, but that would be a lie. Instead I turned back to the students and started directing the kiddos that had finished to clean up their trays and get to class.

School started as normal, and I got my students situated in their morning centers after circle time. My window faced the front of the school and the parking lot filled up with parents picking up their kidlets. I said to my aide, “Huh-that’s weird. It’s a little early for bad weather or something.” Then we shrugged it off and kept teaching.

My principal appeared in the doorway and asked me to step out in the hall. Crap, I’m brand new here and I’ve done something horribly horrible–I just knew it. She handed me a memo on official Aubrey letterhead. Whoa. This was serious business. I’d only been there a week or two, but no one had handed me anything on official letterhead. I remember her looking me straight in the eye, saying, “Read this. Smile, walk back into the classroom. Hand it to your aide, have her read it out in the hall and tell her to smile and go back in the room. Do not talk to each other about this memo in front of students.”

So, I stood outside my room and read the memo. There are parts I still remember, but only fragments.

World Trade Center (I didn’t know what a world trade center was, but it sounded really important.)

I read them once, and then again.

The teachers all stood out in the hall. In complete silence reading their memos. We looked at one another, and then the principal cleared her throat and motioned for us to get back in our rooms. I handed the letter to my aide and smiled like I was told. We didn’t mention it again.

During my lunch break, I watched a fuzzy television set for ten or so minutes in the conference room someone had set up, but I didn’t really notice too much going on. I had a class to teach.

Then, I got in my car, drove home on a fairly deserted highway for that time of day and turned on the news.

That’s when the gravity of the situation really sank in…. 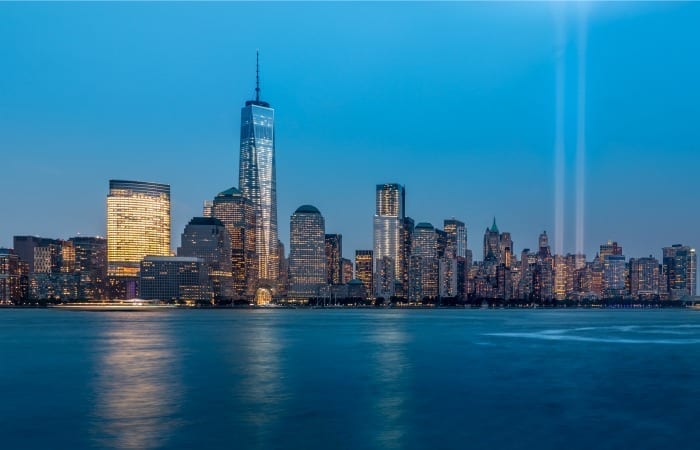 I live in Canada and every year we are reminded of the Flight 93 crash. Last May I went to New York City and we visited Ground Zero. Most of it was construction, but the hole it made in the middle of the city was remarkable. Honestly, I don't think they should rebuild. I think they should make a park of it, something more poetic than another set of buildings that could be destroyed .-= brigitte´s last blog ..My Week in a nutshell + portraits taken by me! =-.

(First of all bare in mind, I'm a Brit, so this will be a different perspective again...)

At the time I was 20 (nearly 21), and working at my local high school as a teaching assistant. I got home earlier than normal, I really must've bezzed it home in the car, as I was home at about 3:20pm. I got in, and my mum said that there was something on the radio about an explosion in New York, asked if I could stick Sky News on and see what was going on. I did so, in time to see the North Tower come crashing down "live" on television (probably a two minute delay in newsfeed, but it was as live as I was gonna get over here).

I then spent the next two hours on the edge of the couch, fiddling absently with the remote and watching the disjointed news reports, flicking through channels. At this point, information was still being made available, so we didn't know about the Pentagon or UA93 coming down until a little while later.

It was quite a scary thought, I must admit. Although we could all view the events with a detached calm, it still unsettled us that someone could take a pop (and such a big pop, at that) at the good old USofA.

I grew up in Coventry (look it up, good city, lotta history, some of it not all good, especially the WWII bit) during the Troubles. I can remember the Warrington and Bishopsgate bombings in '93, and then the Docklands and Manchester bombings in '96. Manchester was really the last bombing by the PIRA on Mainland UK, followed only by Omagh in '98. (The Real IRA took up the bombings and attacks in Ireland while the PIRA were decommissioning). I can remember having fire drills at school one week, and then bomb evacuation drills the next week. Kinda surreal. You knew the long, continuous ringing was a fire drill, good excuse to piss about. But if that bell rang in a pattern: five short rings, pause, five short rings, pause... That was enough to instill fear in you. That was panic. That was *real*, and that drill always went in silence. Because you never knew if it was the real thing or not. You didn't wanna risk it.

Since then, and then with with the 7/7 bombings in London, the face of the enemy changed. The Irish accent turned to a different language. The black and ginger hair became dark skin and asian features. And what was really scary, was the fact that whereas in the Troubles, we were the only target, since 9/11, the target was half the world. Nowhere was safe anymore.

The world changed that day. I think the world is still in upheaval, and will be for a great many decades to come.

My thoughts, just rambling on from a different perspective.

Jaime, I can tell you that I was the Director of Technology at a small private school in NJ on 09/11/01 when all $hit broke loose... and I can tell you it was a completely different experience than what you had. At first, the entire school was stunned (obviously) and then the school was placed under lock-down because of our proximity to New York City and Philadelphia -- this was before we really knew about the Pentagon and Flight 93... Parents came... schools closed and people waited to hear if their loved ones were going to come home that night... volunteers immediately were on their way to NYC to help from all the localities... it took me almost 6 hours to get home to my family that day and I left at 11:00 when all the students had been picked up. And that is only half the day...

This is a really insightful and unique perspective. Most folks were the parents rushing to pick-up their kids, never considering the teachers and others required to put on a smile and go-on for the sake of children. Thanks for sharing.