I’m writing this post from a very conflicted place in life. This weekend was supposed to be about a reunion. A coming together of generations for food and games and stories. A gathering of loved ones.

Instead, it was a hectic juggling of travel details and the fall out from someone taking their own life.

Please do not read further if death or suicide are issues for you. I would never want to cause someone anxiety or to relive trauma. As someone who had a very serious struggle with suicide, I understand the kind of fierce protectiveness we have to have over ourselves. This post isn’t to hurt anyone, but because this hit me really hard. Who gets to decide when it’s time to go?

Who Gets To Decide When It’s Time To Go?

Okay. I’m unpacking something complicated and maybe I’m not always right, maybe I’m judgmental or hypocritical, but that’s why I want to talk about it. Because talking about things helps us cope and understand, whereas shoving the problems in a closet merely creates more problems, shame and fear.

Just that word makes me flinch.

The choices around suicide are never easy. My spiritual and personal belief is that it’s wrong. Period. For me. I speak as someone who has tried on numerous times to end my own life. I went through a dark struggle a few decades ago. I was a teenager trapped in a small bubble with people who hated me, mocked me, I suffered hazing abuse at school, there were broken bones, I can’t tell you the number of times that I was that girl other kid’s said should kill herself. But I powered through. It was hard, but I found comfort and support in my spiritual beliefs and one very special friend. Seriously, if I hadn’t had one particular friend in my life at that point I’m not sure I’d be here today. And that’s the power that one person can have on your life, but that’s a whole other post. Since those days, I’ve come to terms with my demons, the things that haunted me, and I’m better for it. I’m stronger. I’ve got scars, but I’m proud of them even when they ache.

But will my mind change in forty, sixty, eighty years when I’m elderly, maybe alone, and trapped in a body that’s dying all around me?

The truth is, I don’t know. 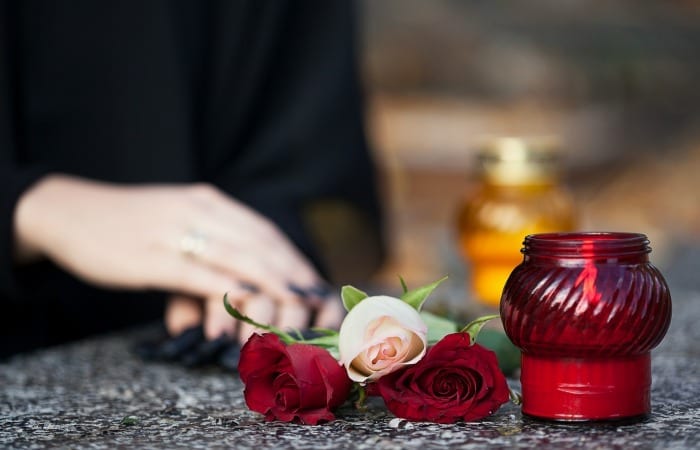 This weekend, while preparing for the reunion, we experienced a great loss. I’m being vague in an effort to protect family, so please understand the lack of details. We had an elderly family member. He’s been in decline. There is no relief for the pain he’s been in, and it got so bad that this person decided to take their own life. It was…horrific. The worst Dexter episode or action movie with a high body count doesn’t adequately convey what happens to the human body when it is killed by a bullet. Some of the things you never expect is that… no one is around to clean things up. The stains. The smells. They’re left behind once the police finish their investigation. And there is an investigation. It’s not a kind affair. Suicides are treated as homicides and everyone suspect until proven otherwise. It’s traumatizing on top of everything else. And then you get to pick up the pieces. You have to replace rugs, paint walls, dispose of furniture. A hundred details you aren’t prepared for. That the deceased loved one never really considered.

But what if we could be ready?

My moral compass is opposed to the idea. My gut says it’s wrong. But what if my knee jerk reaction is wrong?

I wonder, what kind of animals are we that we force our elderly to be miserable? My moral compass be damned. Why should my ethical barometer sentence someone else to live in pain?

Part of me can’t believe I’m saying all of this but, why are we so opposed to physician assisted euthanasia? Allowing someone to go out on their own terms? Letting family be prepared and aided in saying goodbye to their loved ones? Give them some dignity. I’m fully open to discussing it, but for the first time in my life I’m seriously questioning a fixed point in my ethics and the reasoning behind it.

For me and my well being, suicide is something I can’t consider. Right now. But you know what? Alzheimer’s runs in my family. So do heart problems. And old age is expensive. It would be callous of me to not consider a kinder end of life alternative than wasting away. I am by no means advocating suicide as a way to escape ones troubles. No, what I’m beginning to wonder is, could there be a better way to handle the end of one’s life instead of slowly wasting away?