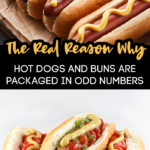 Hot dogs are a staple food come summertime and who else finds it hard to turn down an old fashioned barbecue with sizzling meat and crispy buns on the grill.

If in fact you do dabble in the old fashioned backyard grill, you might have noticed that the hot dog to bun ratio pre-packaged in stores is preposterously uneven!

According to the National Hot Dog Sausage Council (who knew there was even such a thing), say that the odd number of meat and bread isn’t as weird as you might think.

“Sandwich rolls, or hot dog buns, most often come eight to the pack because the buns are baked in clusters of four in pans designed to hold eight rolls,” said the council: “While baking pans now come in configurations that allow baking 10 and even 12 at a time, the eight-roll pan remains the most popular.”

If and when a change is made to hot dog buns, always remember that one pack of hot dog buns are never enough folks. 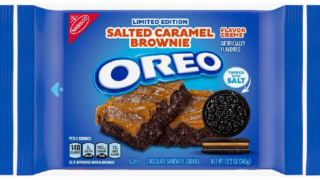 Next
Oreo Has New Salted Caramel Brownie Cookies And I Need Them Now!
Click here to cancel reply.