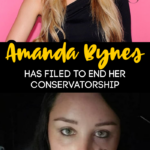 Amanda Bynes was one of our favorites, I can not even tell you how many times my daughters have watched ‘She’s The Man‘.

Like a lot of young actors and actresses, the girl has had some troubles over the years which led to her conservatorship.

Amanda ended up under a conservatorship in August of 2013, which gave her mother, Lynn Bynes, legal control of pretty much everything.

Amanda was 27 years old at the time and had been on an involuntary psychiatric hold for allegedly starting a small fire in a stranger’s driveway.

In November of 2014, she tweeted that she had been diagnosed with bipolar disorder and this was about a month after her second psychiatric hold.

According to Page Six, this past Wednesday Amanda filed court documents to hopefully end the conservatorship that has lasted nearly 9 years.

On Tuesday she filed a capacity declaration which is required in California for conservatorship cases.

This capacity declaration is about her current mental health state.

Amanda Bynes is now 35 years old and she wants the conservatorship of her person as well as her estate to be terminated.

She has submitted the petition to the Ventura County Superior Court in California, there is a hearing scheduled for March 22nd, 2022.

Amanda wishes to terminate her conservatorship. She believes her condition is improved and protection of the court is no longer necessary.

David A. Esquibias (Amanda Bynes attorney), said in a statement to People

This girl has some struggles and has been admitted to mental health facilities many times, it’s not just bipolar disorder, it’s also addiction.

It saddens me to see these grown adults that I watched on television when they were children have such things happen.

So many things that we do not know about, I can only hope that she has life under control to the best of her ability and wish her well in the years ahead.