As clowns are to parades and bling is to the football mom’s jeans, nothing says Fall in Texas like big-ass High School Homecoming mums. And in the land where everything’s gargantuan, these monstrosities take the strength of a pack-mule to carry and can cost more than your last vacation. Truly, in Texas, Mums the WORD!

“A lady came in and spent $700 on a mum.” That was the text I received last night from a friend who works part time in a local boutique. While I don’t want to go off on a social or political rant, it had my WTF antennae on high alert, thinking…WHAT THE ACTUAL EFF? That’s a car payment.  A really nice car payment. And it’s more than the monthly mortgage on my first house.

This can’t be what they intended. They being those who started the tradition. With the first commercial chrysanthemum corsage associated with football dating back to the 1940’s and a fundraiser for some Baylor University frat dudes, something tells me the “they” don’t really care. Yet as the years have passed, the simple, hardy fall flower with a couple of ribbons and bows, held to an even simpler dress by a small safety pin, has morphed into garishly fake status symbol of “my boyfriend/best friend/parents/big sister/little sister/dog loves me more than yours loves you” and has to be harnessed on with heavy ribbon, spit, and prayers.

Back in the day when mums were real. 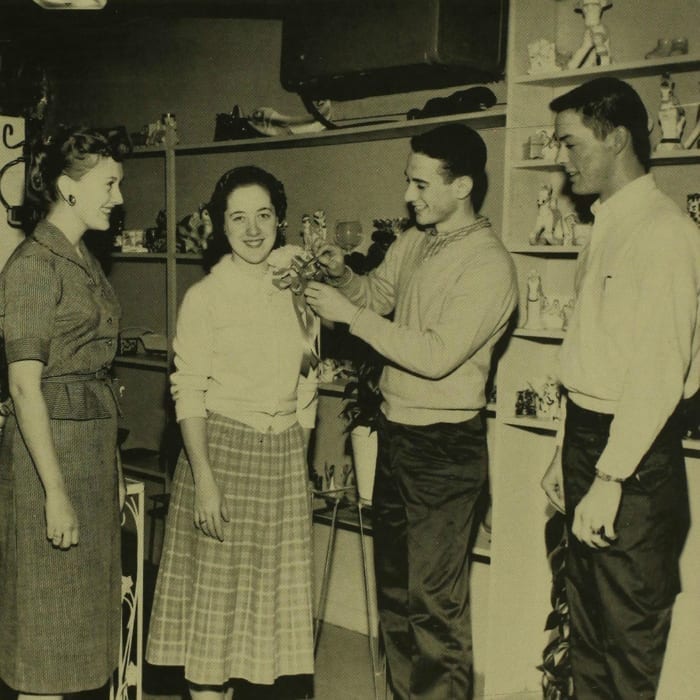 It goes against the laws of physics she’s even upright. 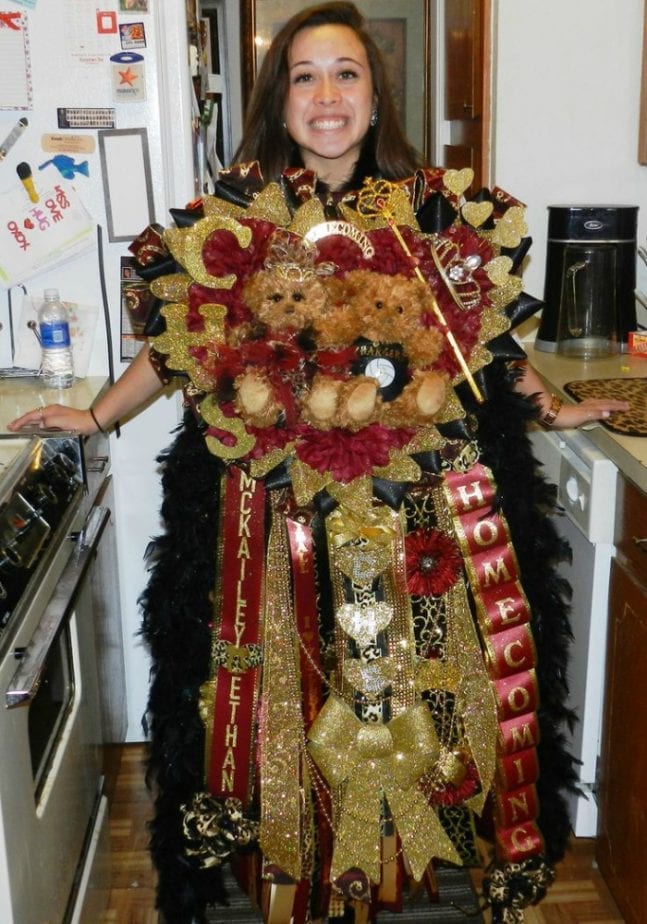 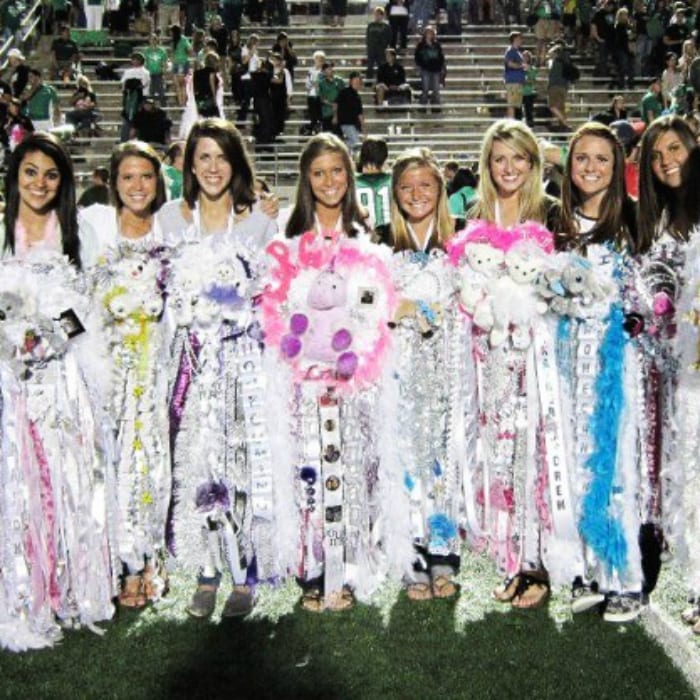 This is a back injury waiting to happen…or a cross fit workout, however you want to look at it. 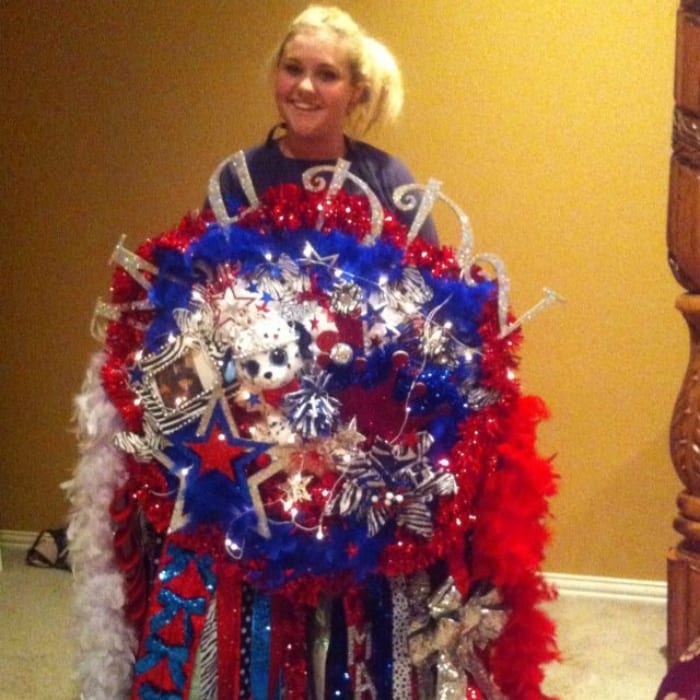 For the love of Beyonce! Not you too! 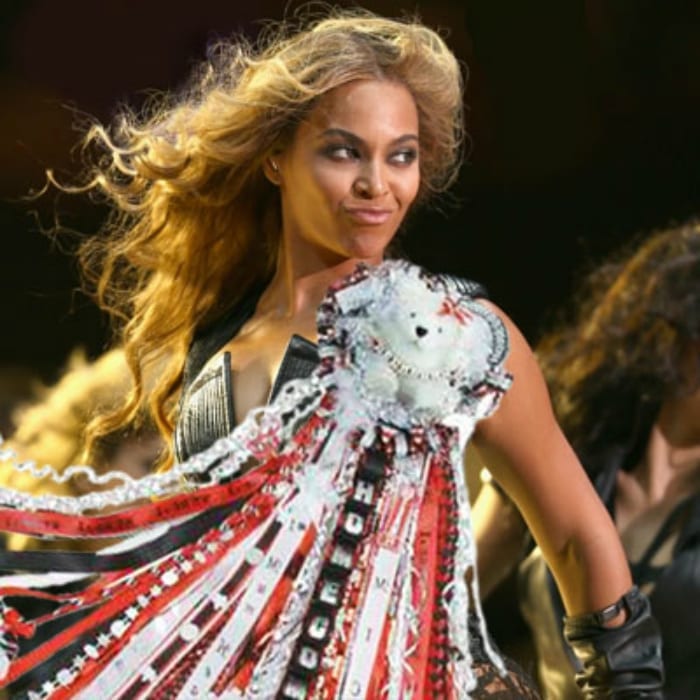 Be thankful this mum is battery operated. It would overload the power grid faster than suburban thermostats set to seventy on a one hundred and ten degree day. But as this picture shows, the helping of madness isn’t only heaped on the girls participating in the Homecoming festivities. To prove we aren’t always a sexist society, the boys are compromising their future man cards and joining in the fun. 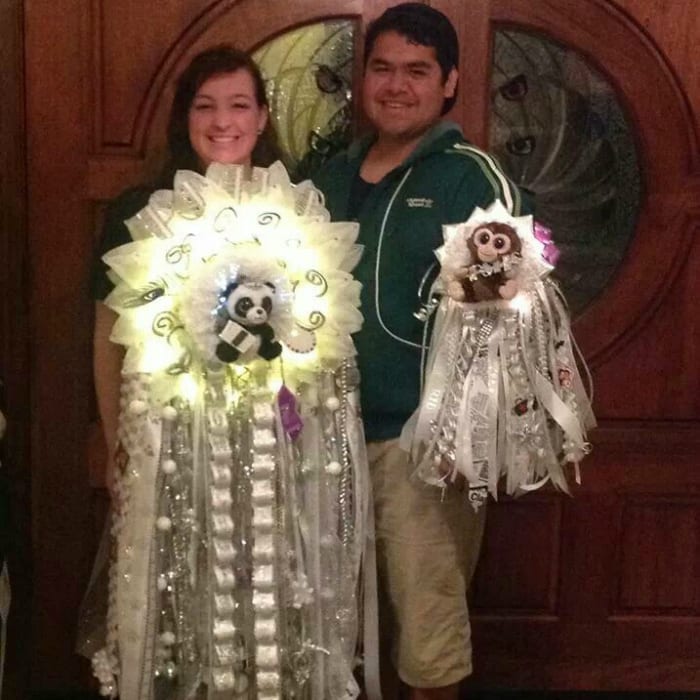 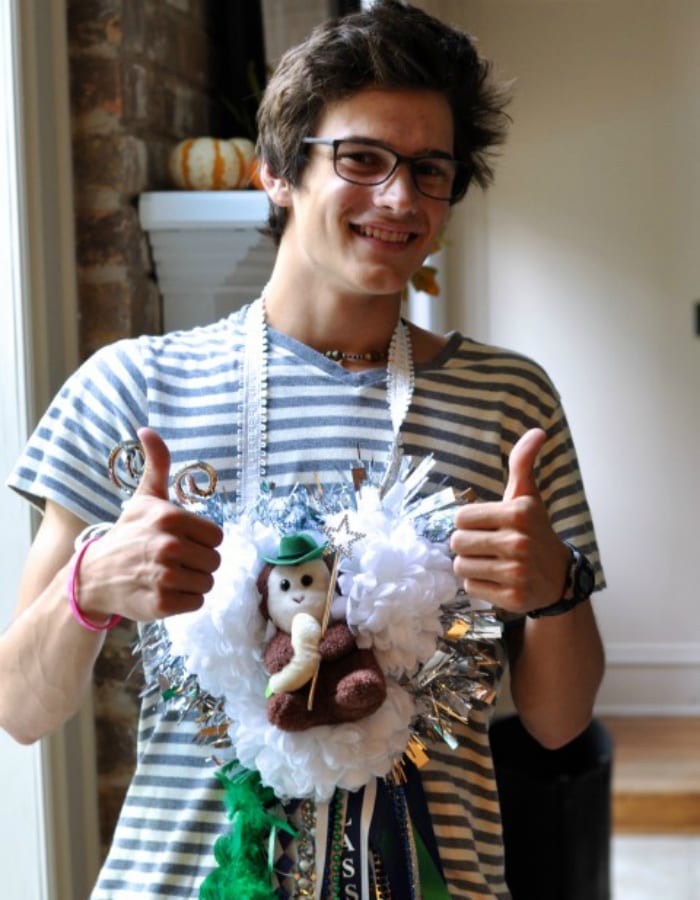 Baby, you can get away with anything when you’re that cute. 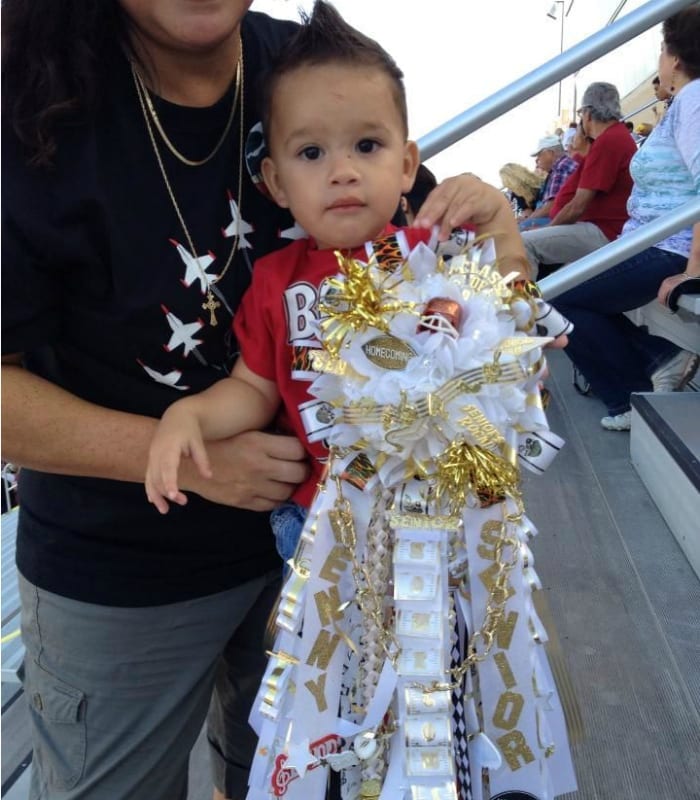 Not all High School students are drinking the kool-aid spiked with mum crazy. The purpose for which the mum tradition began has come full circle. Only these students are donating the proceeds to charity rather than contributing to the fraternity row beer fund (okay, so maybe that’s not actually how it happened, but don’t pretend frat boys, even at Baylor in the 40’s, didn’t drink beer). Here’s just one of many stories about how students are dialing it down and raising money to help others.

Do I think the Homecoming mum tradition has taken on a life of it’s own, becoming an I’ve-got-more pissing contest? Yes! Do I think the tradition should be abolished? Heck no! Even silly and over-done, I’m hoping for my little Texans it’ll end up being a lasting memory of creativity and fun for some of the best years of their lives. But unlike good chocolate and Robert Downey, Jr., where you can never get enough, less really is more. 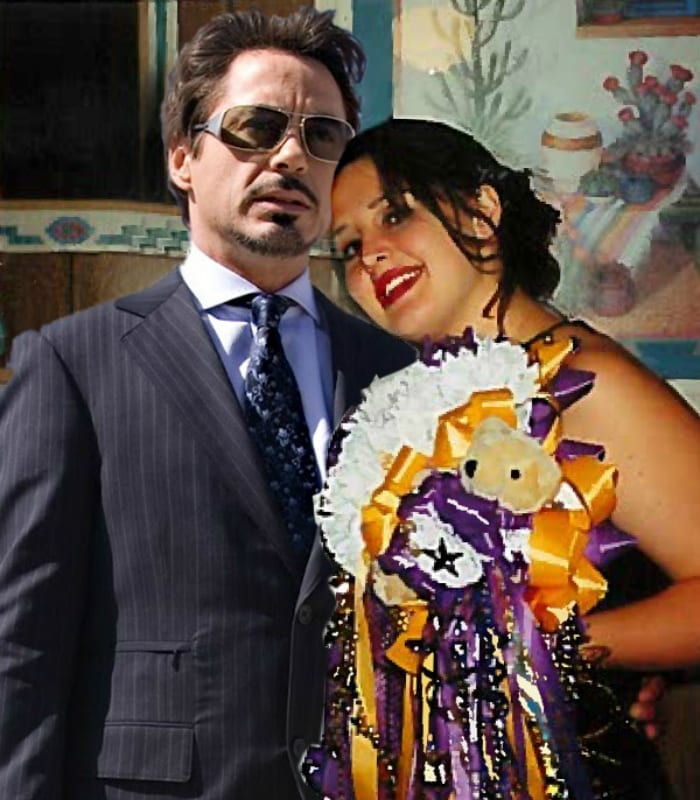 How very Hispanic. Tacky and gross.

This is a mixture of culture, fashion and fun.

I LOVE it! I think, yes some are so over the top, and clearly show a lot has been put into making these things. I have never heard of this before now. However, this is my sons first year playing football, and to be honest, I would love to "steal" this idea and make it a Great Falls, SC "Red-Devils" tradition as well! I think it would be fun, and being a thrifty, DIY mom myself, I can think of many ways to create those inexpensively, while actually making a fortune for the team!! I may just present the idea to the board; who knows! LOL! Thanks for the article!

I can't stop laughing! This is so odd to me and the poor guys. I know they don't want to wear that and probably rip it off the first chance they get.