Once again, science proves something that people already know. Dog people, anyway. A study published in the journal Science proved that dogs respond to both the words their people say and the tone. The really cool part about this, though, is that they showed that they process them in different parts of the brain, similar to how humans process language. 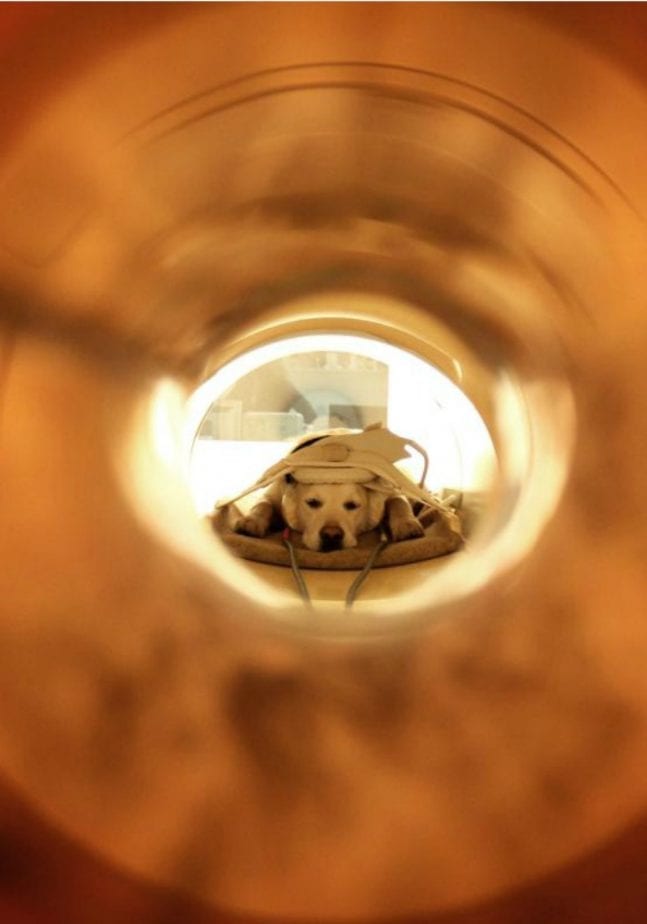 The really really cool part of this, though, is how they did it. They took 13 dogs (do you think one of them was a Lab? Get it? Science? Lab?) that were trained to hold their heads completely still for up to seven minutes (my dog would fail so hard) so that they could take an MRI of the dog’s brain while a familiar person spoke meaningful words and non-meaningful words each in both a positive and a neutral tone of voice.

But did you know dogs have a pleasure center in the brain? Okay, that’s not surprising info to anyone who knows dogs. But the fact that it’s been mapped so they can measure activity in it. That’s cool, right?

The same study showed that the pleasure center of the dogs’ brains only lit up when a praise word was spoken in a praising tone.

Okay, so…I confess that I’m geeking out about this a bit, because this is my former, pre-author life, and when I was a grad student I worked a study that did this same kind of thing… on humans. If I’d gotten do to it on dogs, I might have stayed in communication sciences. 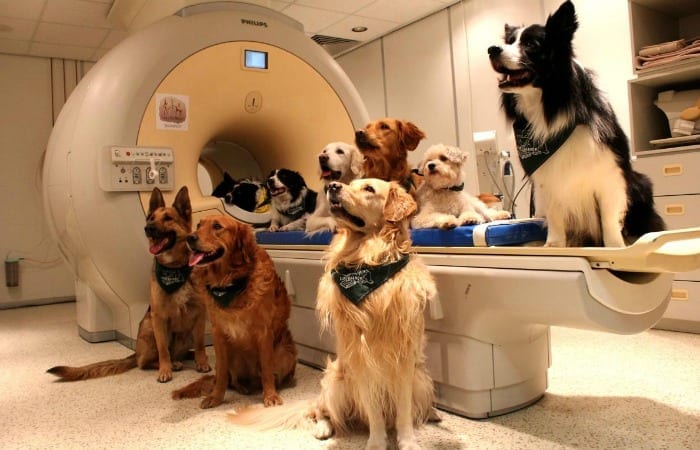 So, this doesn’t mean dogs are learning English, or we’re one step closer to those translator collars like on the dogs in Up. (Though, how cool would that be?) It means that the neural process for distinguishing and integrating word meaning and intonation can evolve even without a language.

Here’s something else cool. We all know that dogs basically shake hands with their noses, right? Another brain scan study (from Emory University, published in Behavioral Processes in 2014) on dogs gave them five smells: its own scent, a familiar person, a familiar dog, and an unfamiliar person, and unfamiliar dog. The “reward” part of the brain lit up the most for the two familiar smells—no surprise, right? But it had “significantly” more activity for the familiar human smell.

I always knew my dog loved me best.

Well, that, and she knows where the kibble comes from.